This historical marker commemorates African American soldiers who were part of a diverse regiment of Revolutionary War soldiers led by Rhode Island's Colonel Christopher Greene. The marker specifically mentions Prince Bent and Dick Potter, two of the men who fought against Hessian soldiers employed by Great Britain at this location. Prince Bent was born in Africa and was a former slave while Dick Potter was born free. Rhode Island explicitly authorized the recruitment of African American soldiers in 1778, but men like Potter and Brent were already serving prior to this time and saw action here at the Battle of Red Bank on October, 22, 1777.

This marker in Freedom Park commemorates black soldiers who fought with Colonel Greene. 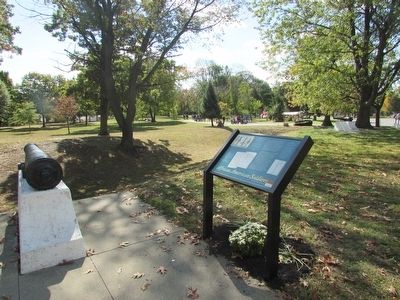 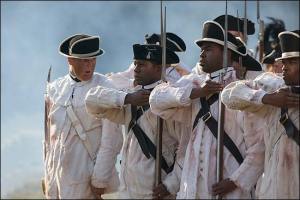 A close-up of the marker 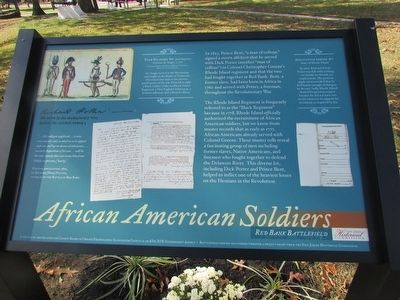