This hospital and medical center that opened in 1923 as the "Tuskegee Home" and cared for injured Black veterans of the first World War. The hospital became the first institution in the Veterans Administration medical system to employ an all African American medical staff and was incorporated into the VA system when that federal agency was created in 1930. The Tuskegee Home provided care for hundreds of thousands of Black veterans during the Jim Crow era. Today, the hospital is part of a large medical complex that serves as a regional VA center within the Central Alabama Veterans Health Care System. The original hospital was added to the National Register of Historic Places in 2012. 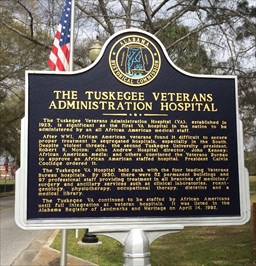 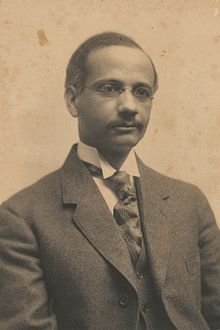 Today's Tuskegee VA Hospital dates back to the post World War I period and was constructed under the leadership of Robert Moton who became the second president of Tuskegee University after its founder, Booker T. Washington, passed away. The hospital's creation was largely the result of Southern Black veterans who demonstrated against their exclusion from the white-only hospitals and homes established for veterans. Also significant was the efforts of Black physicians and organizations such as the National Medical Association (created as a response to the exclusion or discrimination Black doctors faces within the American Medical Association) to advocate on behalf of the hiring of Black nurses and physicians.

Despite threats and a demonstration by the Ku Klux Klan, the Veterans Bureau appointed Joseph War to lead the new medical complex. As a result, the new facility employed many Black nurses and physicians when it opened with six hundred beds. In addition, many of the physicians such as Dr. Solomon Carter Fuller trained other Black physicians at this hospital.

Taliaferro Clark served as the director of the Tuskegee Veterans Hospital from 1936 to 1946 and is the figure most often connected to one of the most infamous medical studies by the U.S. Public Health Care Service. The study was officially called the “Tuskegee Study of Untreated Syphilis in the Negro Male” and took place at area clinics. From 1932 until 1972, the federal government paid for researchers to document the course of syphilis at rural health care facilities near Tuskegee. The experiments did not happen at this hospital, but because some physicians and nurses affiliated with the nearby Tuskegee Institute participated, it is likely that some of the staff of this hospital were also aware of what was happening.

The effects of syphilis were rough and men suffered from fever, weight loss, paralysis, blindness, death and etc. Researchers would even try to negotiate with the men by promising them treatment for their “bad blood.” However, even after a cure for syphilis was found after World War II, researchers lied and about their patients' disease and withheld treatment from them so that they could continue to chart the course of the disease. Many men died as a result, and after the experiment was exposed, physicians at the Tuskegee VA cared for some of the men that had been part of the experiment.

Tragically, Taliaferro Clark's decision to agree to the experiment being conducted at Tuskegee University was predicated on it being only a six to nine-month study with treatment for all subjects at the end of that period. However, believing that both their research and the funding they received would produce a greater good, some of the physicians and administrators at the university allowed the experiment to continue even after a cure had been found for the disease.

By 1973, this hospital had grown to include over 2300 beds and was later merged with the VA Medical Center in Montgomery.