The Lincoln Memorial Shrine is a monument, museum, and research library in Redlands, California. It is the only museum and archive dedicated to Abraham Lincoln west of Illinois. The shrine was created in 1932 by wealthy businessman Robert Watchorn, an avid Lincoln enthusiast, who built it as a memorial to his deceased son. The small shrine contains thousands of artifacts, documents, and artwork relating to both Abraham Lincoln and the Civil War. It is located behind the A. K. Smiley Public Library, and is also a part of the library’s Special Collections division. The shrine’s non-circulating collection of books and documents are available to researchers by appointment.

The shrine was constructed in 1932, with latter addtions built in 1937 and 1998. Image obtained from the Lincoln Memorial Shrine.

Robert Watchorn was an English immigrant, labor activist, wealthy businessman, and generous donor. He funded the construction of the shrine as a monument to his deceased son Emory. Image obtained from FindAGrave 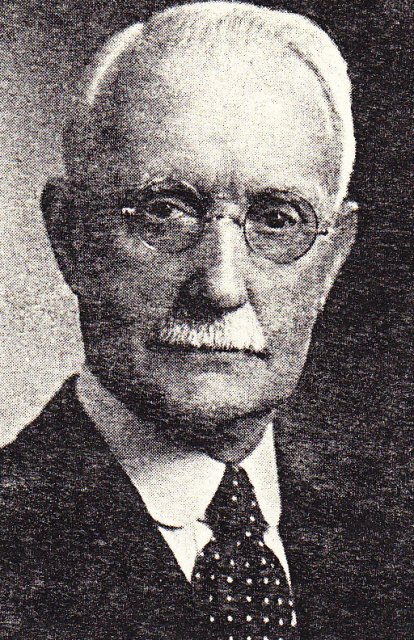 The centerpiece of the shrine is this bust of Lincoln made by sculptor George Grey Bernard. It was one of only two copies made; the second has since been lost. Image obtained from the Lincoln Memorial Shrine. 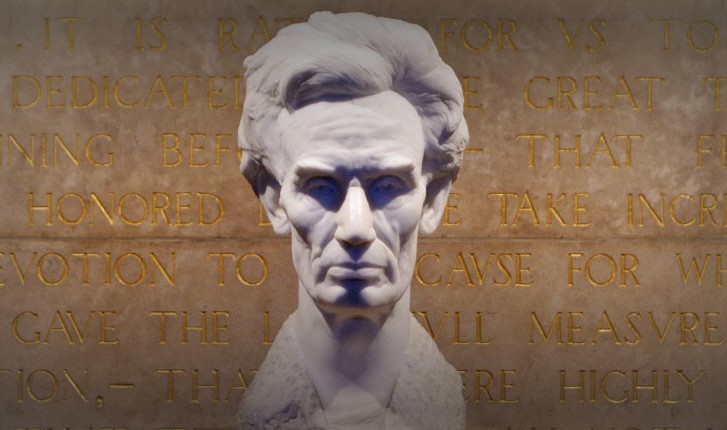 The shrine's wings contain various exhibits on Lincoln and the Civil War, featuring thousands of artifacts and artwork. Image obtained from TripAdvisor. 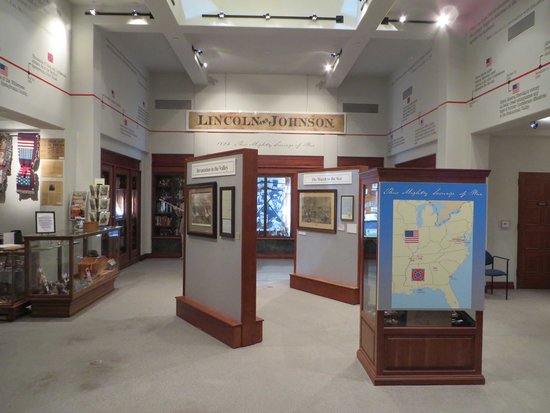 Robert Watchorn was born in England in 1858. In 1880 he immigrated to America and found employment in the coal mines of Pennsylvania. He became active in the growing labor movement, which led to him being elected the first secretary of the United Mine Workers union. In 1891 the governor of Pennsylvania appointed him Inspector of Factories and Mines, where he was instrumental in ending the use of child labor in the state. Later he served as Commissioner of Immigration at Ellis Island in New York City during the Theodore Roosevelt administration. Afterwards he became treasurer of the Union Oil Company, where he amassed a substantial fortune. Around this time he decided to make the community of Redlands, California his winter home.

Robert and his son Emory were great admirers of Abraham Lincoln. Robert was inspired by Lincoln’s story of advancement from poor, uneducated frontiersman to President of the United States. As he became wealthy, Robert began purchasing thousands of Lincoln artifacts, books, documents, and memorabilia. This was during an era of intense national interest in Abraham Lincoln. Commemorations of the president proliferated wildly, from his inclusion on the penny in 1909 to the construction of the Lincoln Memorial in 1922. Robert and his wife Alma were devastated when their son Emory died in 1921 due to complications from an injury he had suffered while serving in the Army Air Service during World War I. As a tribute to their fallen son, the Watchorns decided to erect a shrine for the family’s idol, Abraham Lincoln.

The Lincoln Memorial Shrine was designed by Southern California architect Elmer Grey. Construction occurred in three phases. The first portion, the octagon-shaped rotunda, was completed in 1932. It was built from reinforced concrete covered in Indiana limestone, upon which were inscribed various quotes by Lincoln. In 1937 two patio wings were added to the shrine, along with a garden, benches, and fountains (designed by sculptor Merrill Gage). Robert Watchorn had hoped to expand the shrine even more, but the Great Depression hurt his finances and ended the possibility. In 1998 the shrine was finally expanded after a campaign to raise one million dollars. Two additional wings were added, bringing the shrine’s size to 3,500 square feet.

The Lincoln Memorial Shrine remains free and open to the public thanks to a permanent endowment from the Watchorn family. It is reportedly the only Lincoln museum and archive west of Illinois. The centerpiece of the shrine is its rotunda, which contains elaborate artwork on the ceiling and a marble bust of Lincoln designed by George Grey Barnard. The bust, depicting Lincoln before he grew his beard, was Robert Watchorn’s prized possession, and only two copies were ever made; the second one was sent to France and lost during World War II. The wings contain various exhibits on Lincoln and the Civil War, filled with thousands of artifacts. The shrine also has a large collection of books and documents available for research by appointment.

The shrine has remained popular with locals, scholars, and Lincoln enthusiasts alike. Since 1940 local Boy Scouts and Girl Scouts have held an annual pilgrimage to the site. The Watchorn Lincoln Memorial Association, an organization created to help provide financial support, holds various programs and events, most notably the annual Watchorn Lincoln Dinner. The shrine is also home to the Inland Empire Civil War Round Table, a group that holds monthly formal and informal roundtable discussions on the Civil War.

“History of the Boy Scout Pilgrimage to the Lincoln Memorial Shrine in Redlands, California.” Library of Congress. Accessed March 4, 2018. http://memory.loc.gov/diglib/legacies/loc.afc.afc-legacies.200002746/