The Spurlock Museum includes a collection of over 45,000 objects from the ancient period to objects from diverse cultures around the globe. Highlights of the collection include Mesopotamian cuneiform tablets, Neolithic and Stone Age Figurines, textiles from Native inhabitants of South America, coins from the Ottoman, and bronze statues from the ancient civilizations. In addition to exhibits, the museum offers special programs and educational events for youth and adults. 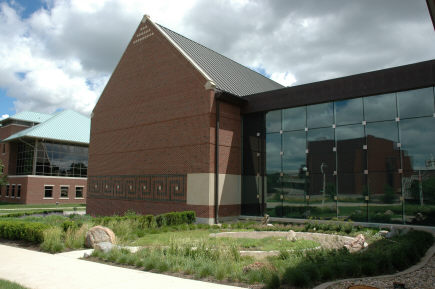 The Museum's five feature galleries house exhibits representing peoples of the following cultures and geographic areas of the world: Ancient Mesopotamia, Ancient Egypt, and Africa; Ancient Greece and Rome; East Asia, Southeast Asia, and Oceania; Europe; and American Indian Cultures of North and South America. Special exhibits, based in the Campbell Gallery, serve as a springboard for unique programs, tours, and special events.

History of the Museum
The Museum has existed in various forms since 1911, thanks to a decision by the University’s Board of Trustees. It began as two separate museums--the Museum of European Cultures and the Museum of Classical Archaeology and Art--both housed on the 4th floor of Lincoln Hall. The Oriental Museum opened alongside them in 1917 to showcase the history of ancient Mesopotamia and Egypt. The museums' collections grew substantially over the next decade, providing valuable resources for both university students and professors. In the aftermath of the Great Depression, however, university budgets shrank and so did available funds for the museums. Over the next few decades, until the 1960s, museum budgets remained small.

Over the course of the 1960s and 70s, collections grew to include African and Asian artifacts. In 1971, the separate museums coalesced into one: the World Heritage Museum. In 1990, Illinois alumnus William Spurlock made a donation to build an updated museum building in a new location on the eastern side of campus. Meanwhile, the collections continued growing, eventually incorporating pieces from the (now defunct) Museum of Natural History. The Spurlock Museum of World Cultures opened its doors in 2002, boasting 9 permanent exhibits along with an auditorium, learning center, and room for storage and research. K-12 students and undergraduates benefit from its educational programs and events.