It may look ordinary to most, but the Sykesville Bypass Bridge is actually an important historical piece. Though now closed, the Sykesville Bypass Bridge was built and opened in 1963. At almost 300 feet long, the bridge remains the longest aluminum triangular box beam girder bridge in the world. As well as this, it is a rare find, being only one of six aluminum bridges in the continental United States, and the only one in the state of Maryland. While the bridge is now closed to traffic, it remains a historical marker.

A view of the new Sykesville Bypass Bridge. 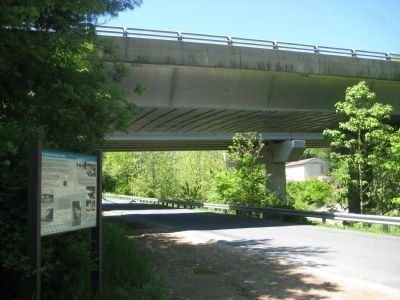 Here, you can see the original Sykesville Bypass Bridge on the right side. 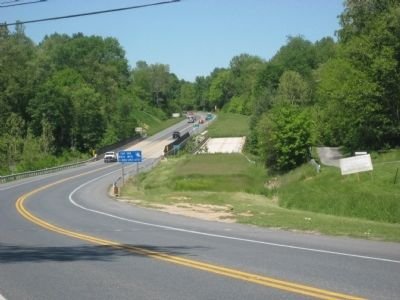 In the early to mid 20th century, the United States was endeavoring to expand its network of roads. Using both state and federal assets, more and more steel was being used up to create this network - and it became more scarce as a result. Fearing that there would have to be a necessary alternative, aluminum began to be used, despite its higher costs. However, only six all-aluminum bridges would be built, due to the costs.

In 1963, the Sykesville Bypass Bridge was built. Based on the Fairchild design created in the early 60's, this two lane bridge stands at 294 feet long. The deck of the bridge is made of concrete, supported by three girders that are made of of triangular aluminum box beams. In turn, these girders are supported by two abutments of reinforced concrete. It officially opened to traffic on October 17, 1963.