The Burns House had not been built long before it was converted to the Garfield Place. An attorney had built a house in the middle of a war. The Union army invaded Prestonsburg, Ky., securing a significant win in the Battle of Middle Creek. The leader for the Union in the battle was soon-to-be president, James A. Garfield. He quickly chose the Burns house as his headquarters because of its divine location. The house passed through many hands before it was destroyed. Now, a marker symbolizes the significance of the Burns House also known as the Garfield Place.

The front of the marker for The Burns House: Garfield's Headquarters Following the Battle of Middle Creek. It contains information and photos pertaining to the history of the house, including its owner John Burns. 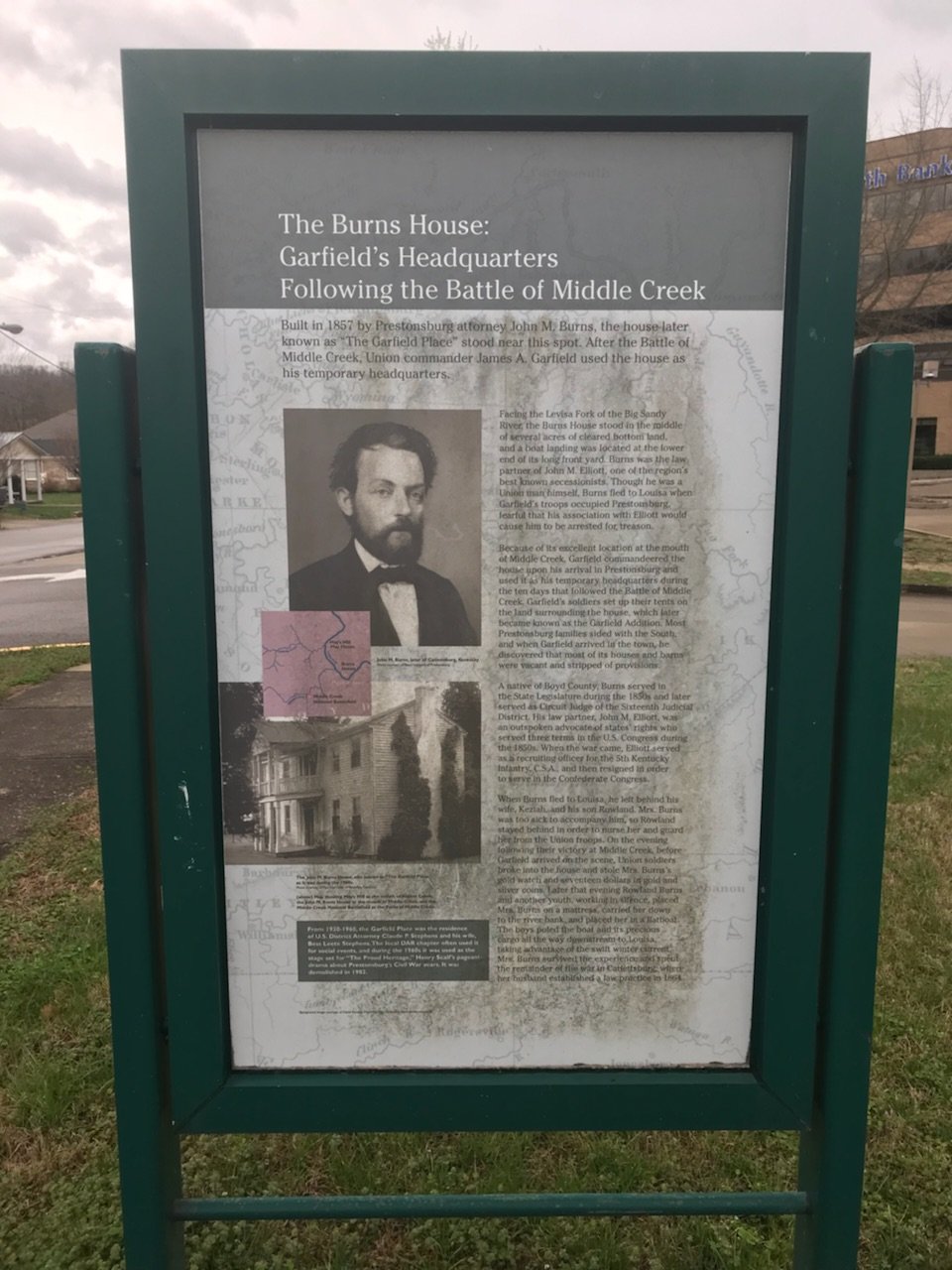 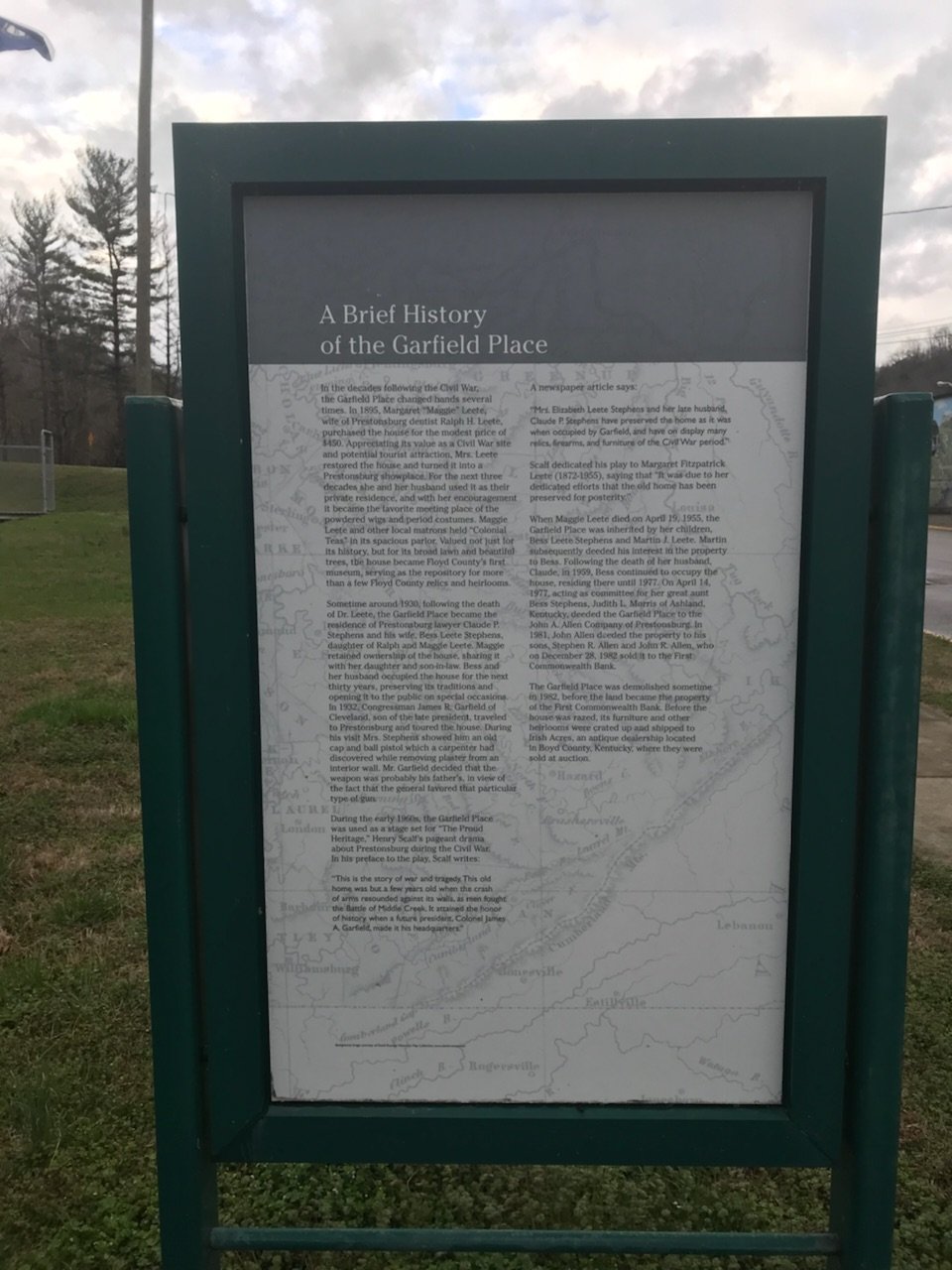 A close up of the back of the marker describing how the Garfield Place was used as one of Prestonsburg's first museums that contained Civil War memorabilia. 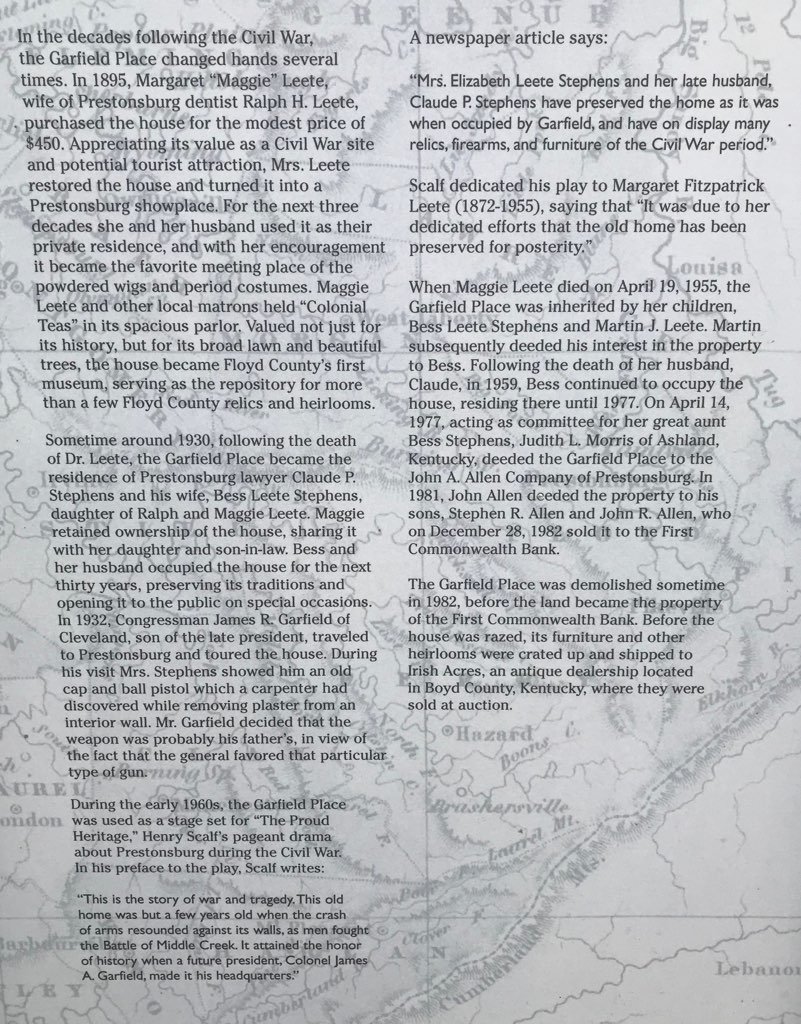 John Burns was the original owner of the house and an attorney in the town. He supported the Union army and his law partner supported the Confederate army. He fled soon after building the house in fear of being charged with treason. 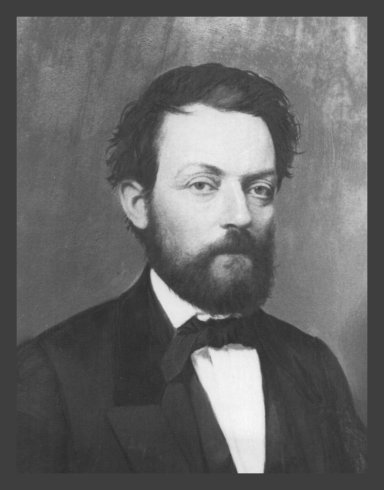 The Garfield Place as it stood in the 1960s. It was demolished and a bank built in its place. The marker is near the original site of the house. 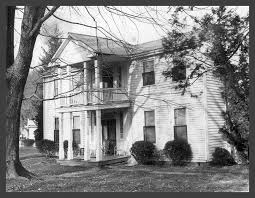 The Burns House, commonly known as the Garfield Place, stood in Prestonsburg, Ky. John M. Burns, an attorney in the area, built the house that would become the headquarters for the Union army following the Battle of Middle Creek. Burns also served in the sate leislature and eventually became Circuit Judge. When the Union invaded Prestonsburg, Burns fled to Louisa, Ky., leaving behind a wife and child. He left them behind because his wife was sick and his child remained to care for her.  But when Union soldiers broke into the house she evaded them when the child used a mattress to transfer her from the house to a boat. Fleeing to safety in Louisa, she then lived her remaining years with her husband in a town near Ashland, Ky.

The battle that occurred at Middle Creek began January 10, 1862. James A. Garfield, who later became president, led the Union soldiers into battle against an experienced Confederate army. Garfield, a colonel, faced Brigadier General Humphrey Marshall. Following the battle, Garfield chose the Burns’ house as a headquarters because of its superior location. It was three miles away from the Middle Creek battlefield and located at the mouth of Middle Creek where it met the Levisa Fork of the Big Sandy River.

With the win at Middle Creek, Garfield was promoted to Brigadier General and the Union took control of Kentucky. Garfield was a civil rights activist and controlling Kentucky was a step toward the abolition of slavery. He had encountered many runaway slaves during his time with the Union army and was often offended by the way they were treated by other Union soldiers. He continued to fight for the abolition of slavery as he climbed the ranks of the legislature.

The Garfield Place was demolished around 1982 and the furniture was sold at auction. There is a marker in the area where the house stood to recognize the events that occurred in the area; it is two-sided. On the front of the marker are pictures of the house as it stood during the 1960’s, a map of the area identifying the distance from the house to the battlefield, and a picture of John Burns, the original owner. On one side is the information on the people who have owned the house through the years and how each used it differently. It was never used during conflict after Garfield left the area but it was used to house memorabilia and theatre productions pertaining to the Civil War.

The marker is in the heart of the town of Prestonsburg, Ky. It is easily accessible from the Country Music Highway and faces the Levisa Fork of the Big Sandy River. The area where the marker is near other markers and the Middle Creek Battlefield, where civil war reenactments are still conducted today.