A historical marker was dedicated at this location to commemorates the Battle of Canyon Creek on September 13, 1877. In this battle, the Nez Perce Indian tribe was intercepted by the United States 7th Calvary. In the months leading up to the battle, Nez Perce who did not sign treaties challenged the authority of those agreements, leading to a confrontation and the tribe's decision to flee from US troops. The Nez Perce sought aide from the Crow Tribe and the Lakota tribe, but both denied their request for fear of reprisal. In response, the Nez Perce turned north and tried to flee to the safety of Canada while the 7th Cavalry pursued them. The Battle of Canyon Creek ensued near this location when the 7th Cavalry caught up to the tribe.

Mural of The Battle of Canyon Creek 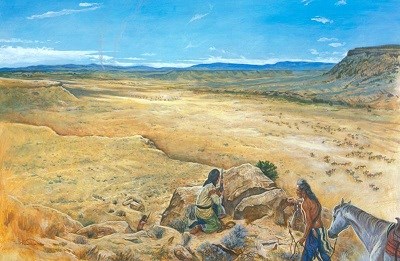 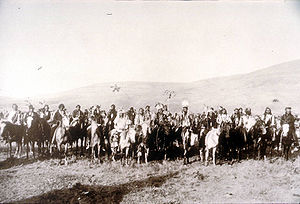 The original monument was dedicated in the late 1950s and now includes a stone pavilion with interpretive signage. 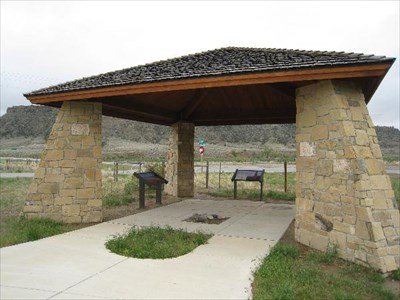 After the 7th Cavalry caught up to the Nez Perce, a skirmish commenced between the two sides with minimal casualties. Both sides maneuvered around the canyons and plateaus trying to gain an advantage. Despite the many maneuvers, neither side could gain a real advantage. The Nez Perce took advantage of the cavalry's failure to surround them and escaped their pursuers once again. They continued to flee towards Canada but were enventually stopped short of their objective. The Battle of Canyon Creek resulted in three 3 deaths and 11 wounded for the 7th Cavalry while the Nez Perce only lost one warrior. This short battle was only one engagement in a series of clashes between the Nez Perce and 7th Cavalry who were pursued the tribe all the way to Canada.