Founded in 1919 by Benedictine monk Gregory Gerrer, the Mabee-Gerrer Museum of Art is one of the oldest museums in Oklahoma. The collections include ancient artwork from Egypt, Greece, and Rome; Medieval and Renaissance European works; African, South American, Native American, Oceanic, and Eastern artwork; contemporary art; and the paintings of Father Gerrer himself. 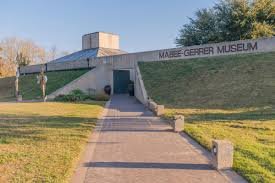 Gallery in the museum (image from Smithsonian Magazine) 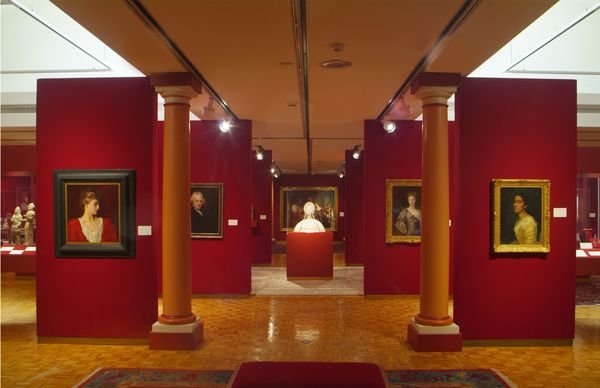 From the Egyptian collection (image from the Oklahoma Gazette) 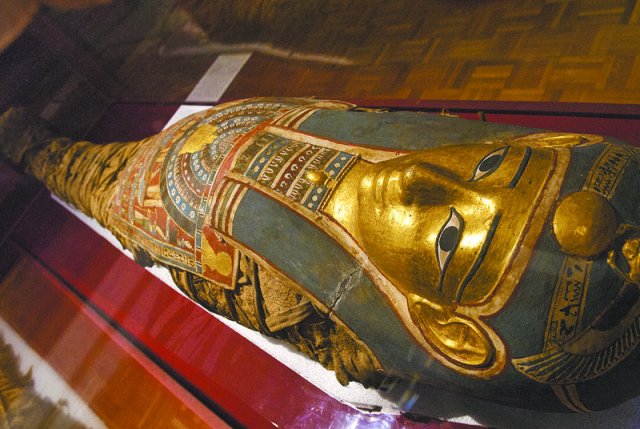 Father Gerrer as a young man (image from MGMOA) 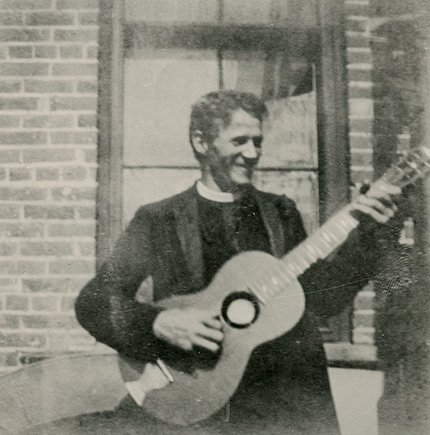 Father Gerrer in his studio (image from MGMOA) 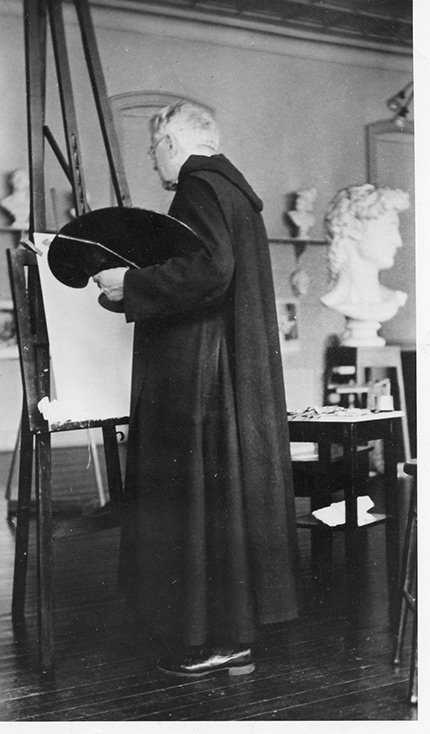 Born in France in 1867, Robert Francis Xavier Gerrer received his religious name, Gregory, when he became a Benedictine monk in 1892. Gerrer's family had fled the Franco-Prussian war by immigrating to the U.S. when Gerrer was five years old, settling first in Missouri and then in Iowa. Interested in the arts even as a youth, Gerrer drew, sculpted, and played the guitar and clarinet while growing up. He met Abbot Thomas Duperou of the Benedictine Sacred Heart Mission in the Oklahoma Territory in 1891, and joined the order in January of the following year. Due to his interest in art, Gerrer was sent to Europe to study. Ordained in Devonshire, England in 1900, Gerrer was sent next to Sant Ambrogio Abbey in Rome, where he painted the official portrait of Pope Pius X. While on a mission to the Holy Land in 1903, he was given an Egyptian scarab carved with a hieroglyph—the first artifact in what would become Gerrer's art museum collection. Inspired by the gift, Gerrer decided to bring art and culture from around the world to the Oklahoma Territory in the form of a museum.

Father Gerrer became assistant pastor at St. Benedict's in Shawnee, Oklahoma, using part of the rectory to display his art collection. An art studio was constructed behind the church, but the collection (which by then included natural history specimens and even weapons) outgrew the space and was moved to St. Gregory's High School and College in 1919. The Oklahoma Artists Association elected Gerrer its first president in 1916, and the University of Notre Dame in South Bend, Indiana, asked him to serve as first director and curator of the Wightman Memorial Art Gallery the following year. Gerrer divided his time between Indiana and Oklahoma, painted almost eighty commissioned portraits, and was admitted to the Oklahoma Hall of Fame in 1931.

A decade after Father Gerrer's death in 1946, Stephen Gyermek was hired as director of the museum. Benedictine Hall, in which the museum was housed, was renovated but was soon required as classroom space for the school. Temporarily moved to the Oklahoma City Fair Grounds, the museum re-opened in its own building in 1979, thanks to funding from the Mabee Foundation.