Elwood Haynes was a Hoosier inventor and millionaire. He cemented his place in Indiana's Automotive history with the creation and display of one of the first Automobiles in history in the town of Kokomo, where Haynes was living at the time. The museum is the same mansion that Haynes later lived in. 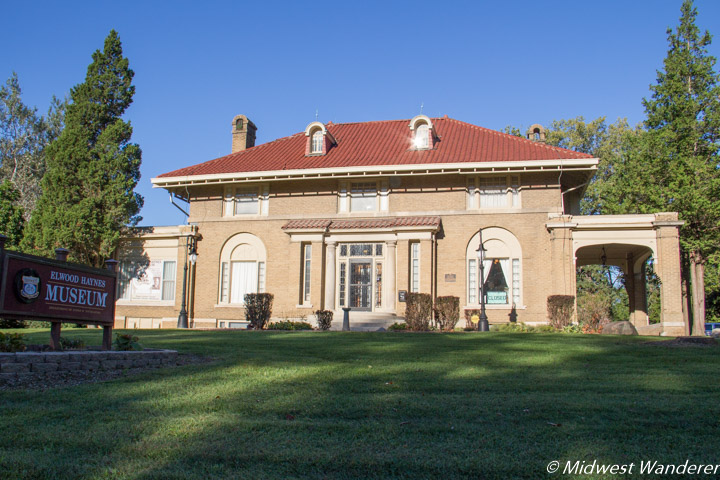 Kokomo is one of the many small Indiana towns that once played an important role in America's early automobile industry. Haynes, having already made a name for himself as an inventor and businessman during Indiana's gas boom roughly a decade earlier, was living in the town when he invented and displayed his self-propelled buggy named "Pioneer", one of the first automobiles every made.

Haynes eventually co-founded the Haynes-Apperson company, which is credited with the production of the first commercially available car.

The company eventually broke up and Haynes died in 1925, but his 1916 Mansion lived on in Auto history and was inhabited by executives working for GM before being bought back by the family and donated to the city of Kokomo. The interior of the museum displays information pertaining to Haynes' work in the auto industry, and the grand nature of the building itself is a testament to the wealth that the auto industry generated for some Hoosiers.