This is a contributing entry for Monroe County Historical Society Museum and only appears as part of that tour.Learn More.

This Gothic Revival style building was opened on Labor Day Weekend, 2014 and contains seven horse-drawn vehicles including a magnificent 1880’s Omnibus in original condition. The building was built in 2014 and as a traditional timber-frame. The vehicles range from coaches to carriages to wagons and sleighs and represent a spectrum of vehicles once used in Monroe County. In early 2015, the exhibits were broadened to include carriage-makers’ tools, horse tack and illustrations of late 19th Century transportation. This structure adds to the “museum campus” at the south end of Union and was funded with numerous small contributions as well as bequests, and was built primarily with volunteer help and encouragement from both town and county governments. The Carriage House has been featured in “Wonderful West Virginia” and “Blue Ridge Travel Guide.” The Carriage House is located on Middle Street, just around the corner from the other Monroe County Historical Society Museums. 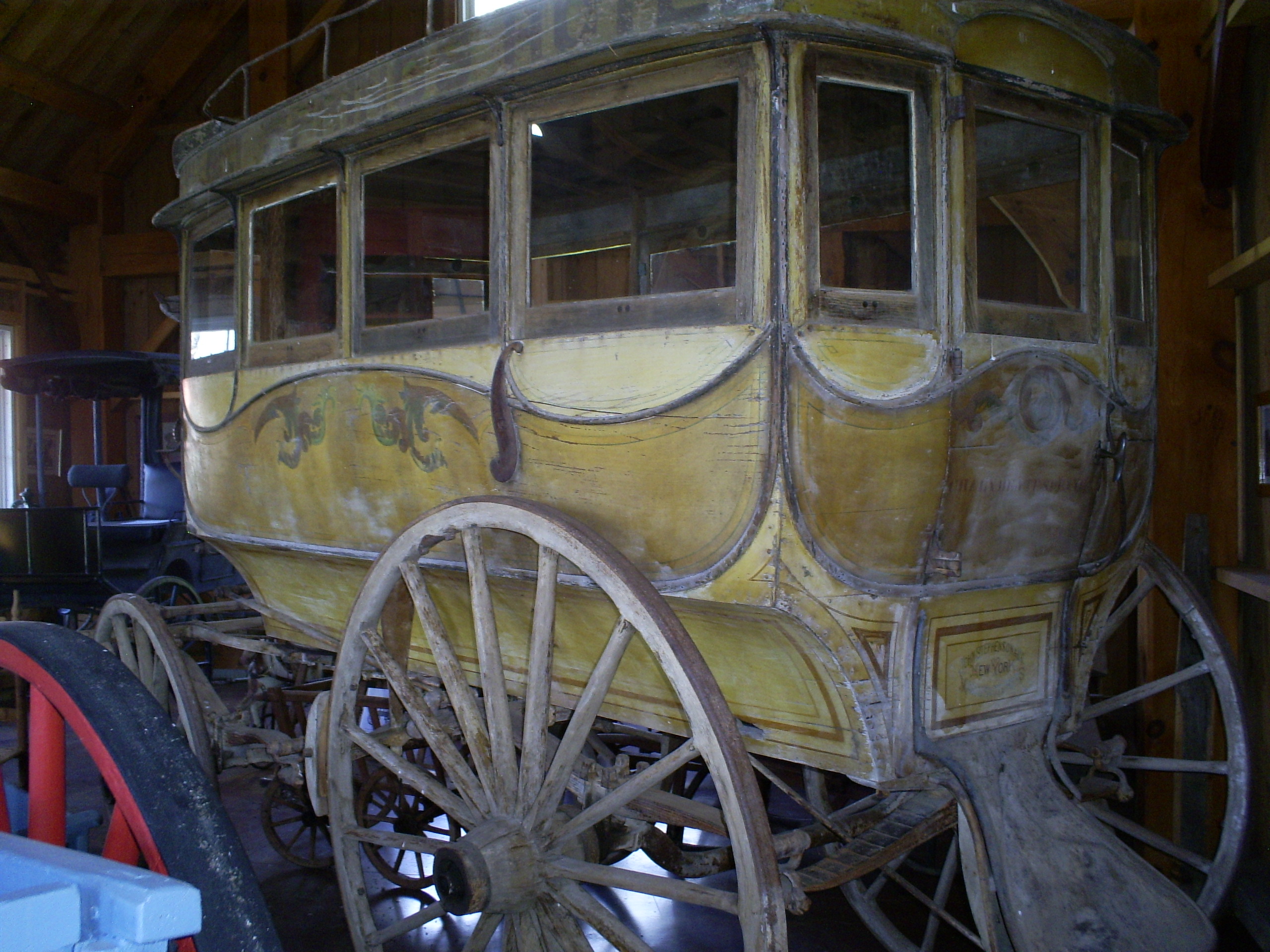 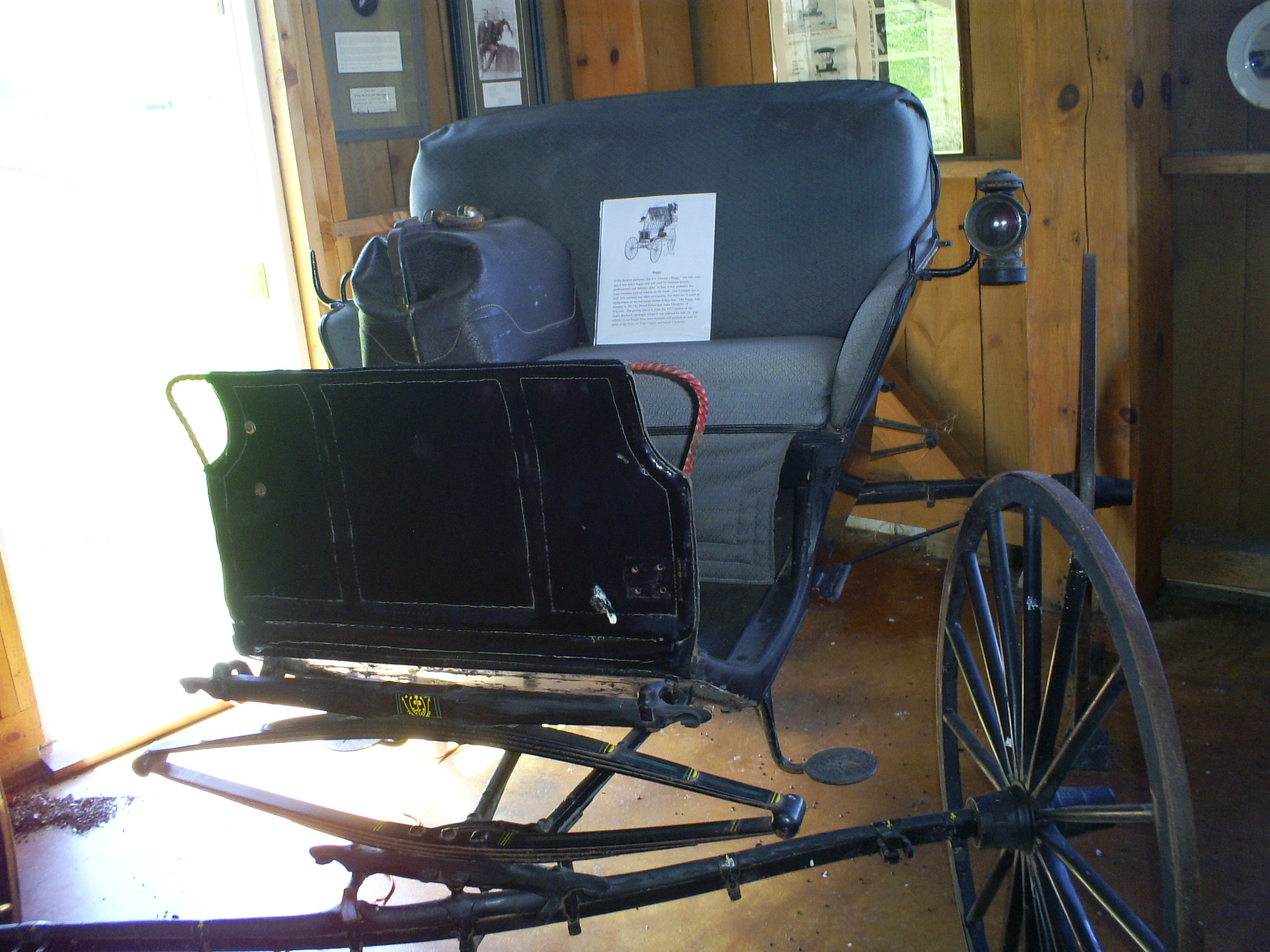 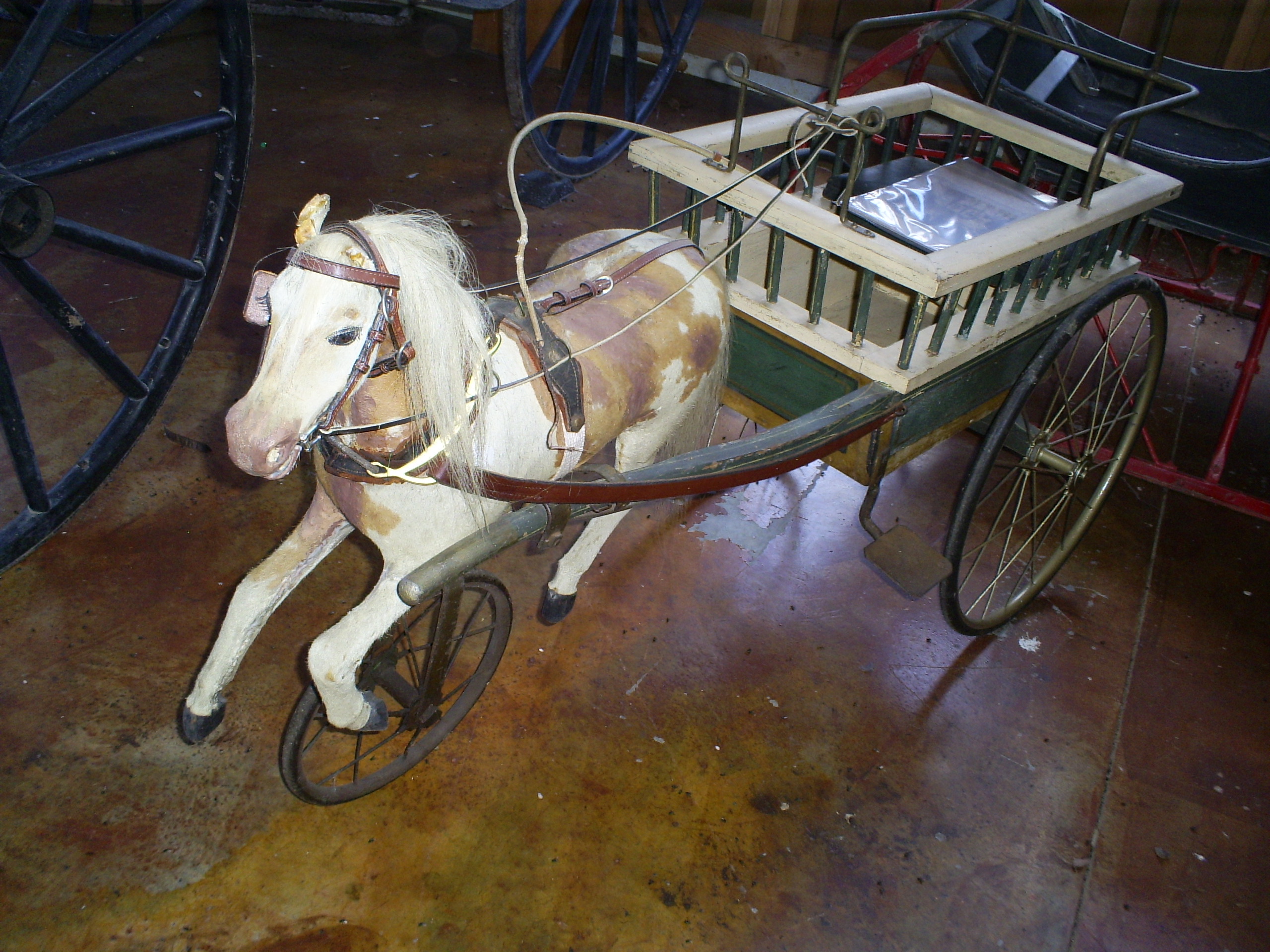 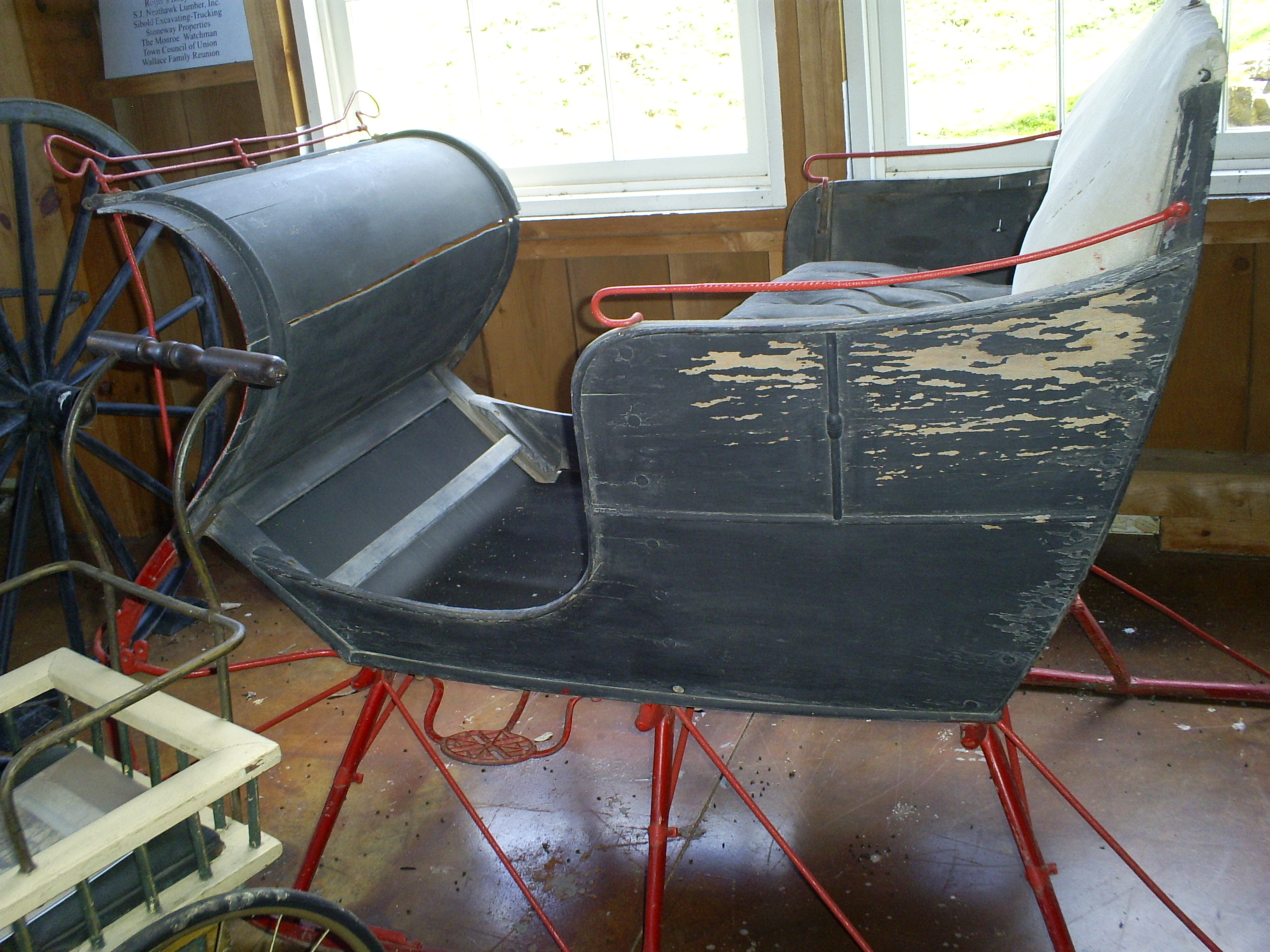 Dedicated in 2014, the new Carriage House Museum on Middle Street, off Main, contains an extraordinary collection of transport vehicles used in the county during the 1800s. A project of the Monroe County Historical Society, this museum highlights the early modes of transportation in America.

The project was conceived and led by Dr. Fred Ziegler of Greenville and designed and built by Chip Sills, owner of Earthwood Construction in Greenville with a team of dedicated volunteers. This 1000-sq.ft timber-frame building is constructed in a Gothic Revival style. The museum accommodates historic transport vehicles including the omnibus, carriages, horse-drawn wagons, sleighs, buggies, wheelbarrows and a goat cart.

Inspiration for the design was the Conestoga Wagon House adjacent to the North House, home of the Greenbrier Historical Society in Lewisburg, WV.

The "star" of the fleet is the elegant Omnibus built around 1880 by John Stephenson & Co., New York. With its original paint and designs unaltered, the handsome coach (9 feet tall and 11 feet long) has never been restored and is in good original condition, a "survivor" of early transportation days. Though there were thousands built, only a few remain.

According to Dr. Ziegler in "Carriages of Monroe County, West Virginia":

"John Stephenson's success was due to his low prices, fine workmanship and the light weight of his products. In fact, the Omnibus is a masterpiece of the coach maker's craft, with curved panels for walls, supported by a double suspension system and painted with scrolls, country scenes, pinstripes, and the destinations of Chalybeate and Sweet Springs. It is in original condition - while every other surviving omnibus known to us has been over-painted. This makes it unique!" (Ziegler)

The mission of the Omnibus was to transport resort guests from the Alleghany Station (near Callahan) in Virginia and shuttle them to the famous resorts including Sweet Chalybeate and its nearby neighbor, Sweet Springs. Amidst a flutter of activity, its arrival would be met with a shout, "Stage in!"

There are four picture windows on each side of the Omnibus and three small windows in the front and back for viewing the countryside. As many as 12-14 riders would enter from the back door, walking up several steps. Once inside, they must have marveled at the wood-slatted, curving ceiling.

The last year of its operation was 1916. Drivers of the Omnibus included Baxter Poole Hepler, and Bernie Martin. In 1968, the Monroe County Historical Society purchased the Omnibus from Mr. and Mrs. J. S. Stubbs of Earlhurst, near Sweet Springs.

From the Walnut Grove estate, two well-restored vintage surreys and a Portland Cutter sleigh (see picture) were donated by the late Nancy M. White. The sleigh looks like something Santa would ride in. One of the surreys is a Summer Rockaway which once was taken out for a hometown parade, such as Farmer's Day in Union. The other surrey, called Mountain Wagon, and, as the Rockaway, features double row seating. A Doctor's Buggy (see picture) from the 19th century was donated by David Dillon and Ann Meadows.

The Carriage House is a showcase for the display of farm and transportation tools, harnesses, saddles, and related items form the period which are displayed around the vehicles and on the interior walls. The Carriage House also demonstrates the spirit of Union in the 240 engraved bricks paving its entrance representing contributions from the community and admirers from afar.