The Lock Ridge Furnace Museum sits within the 59-acre Lock Ridge Park as do the remnants of the Lock Ridge Iron Works. The first furnace was built on the site in 1868 by the Lock Ridge Iron Company, which was taken over by the Thomas Iron Company the next year. The Furnace Museum offers exhibits that reveal how anthracite iron was manufactured on the site over 150 years ago and the ruins of the two furnaces and other ruins of the iron works now provide a unique backdrop for history and photography buffs alike. The park offers visitors a self-guided tour, walking trails, picnic areas and a large pavilion. The iron work remains were added to the National Register of Historic Places in 1981.

The Furnace Museum actually incorporates some of the ruins from the Thomas Iron Works into its building. 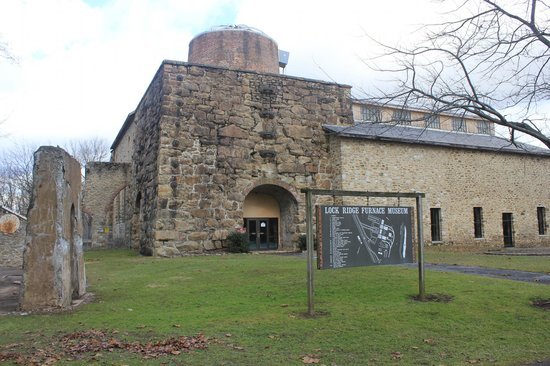 The sun sets on some of the remnants of Lock Ridge. 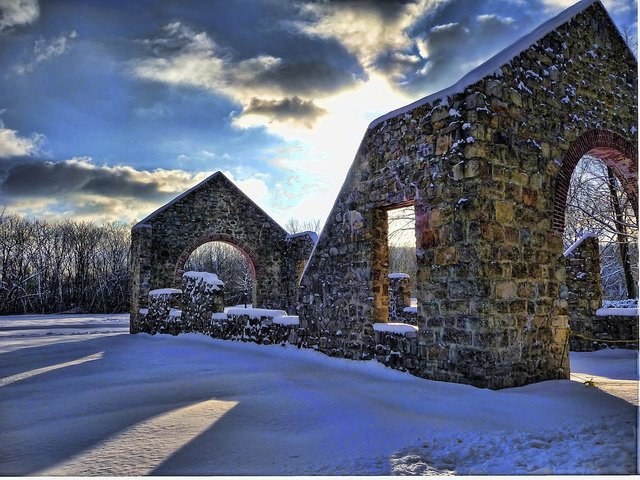 All that remains of the spur line that once transported anthracite coal to and pig iron from the furnaces at Lock Ridge. 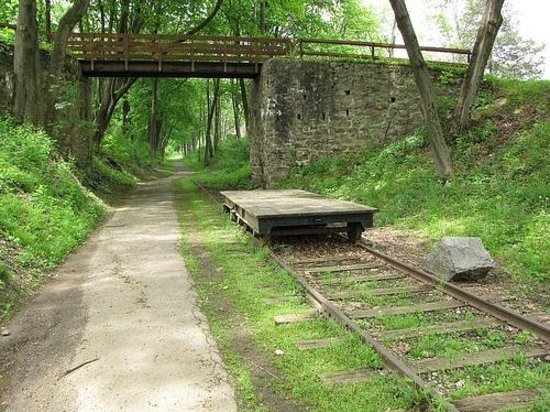 A drawing from inside the cast room at Lock Ridge. 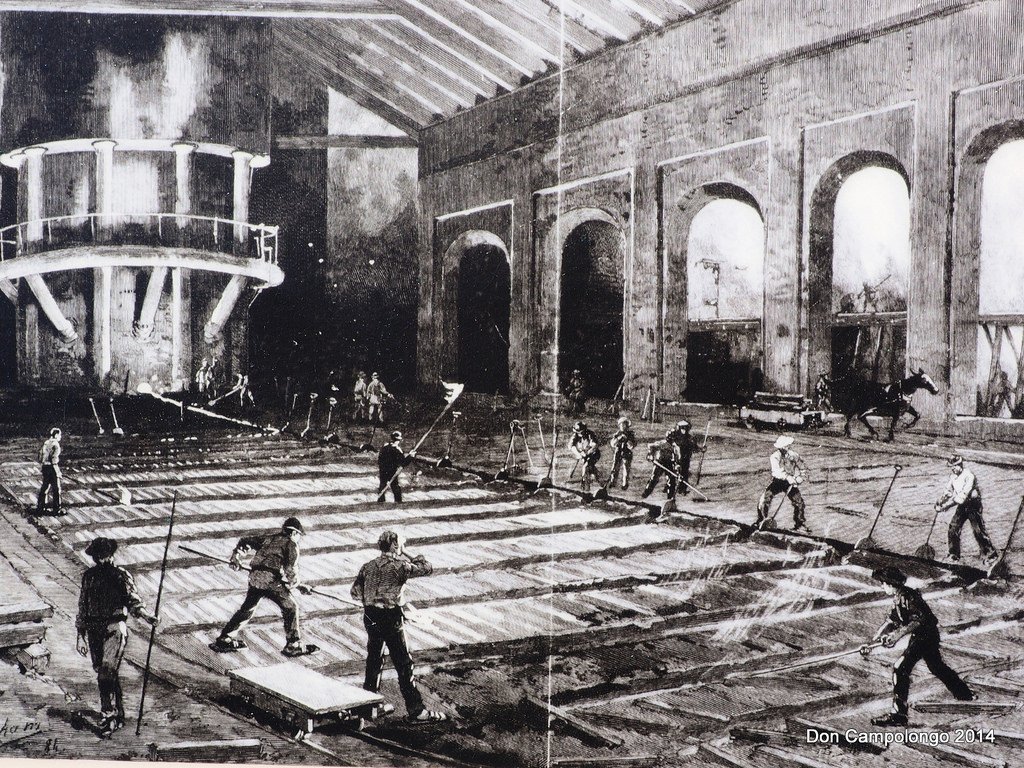 One of the informational signs that helps visitors along the self-guided tour at Lock Ridge Park. 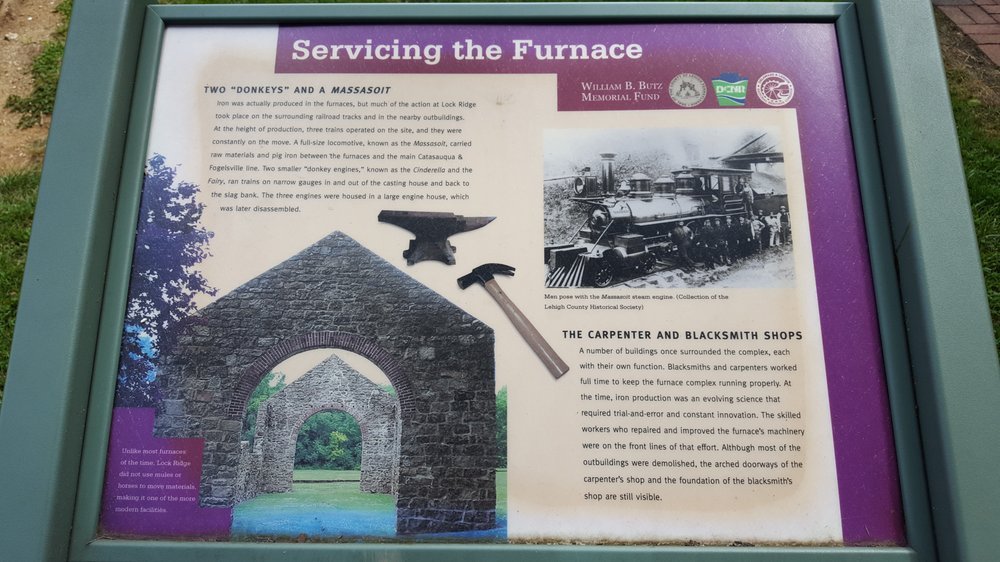 The Lehigh Valley has a long history of iron production dating back to when charcoal was first used as the primary fuel.  However, when large deposits of anthracite coal were discovered in the region, the Lehigh Coal and Navigation Company moved to replace charcoal as the iron producing fuel with anthracite coal.  To that end, they convinced Welshman David Thomas to relocate to the valley and to bring with him his iron producing technique that utilized their large deposits of anthracite coal.  David Thomas and his son, Samuel, arrived in 1839, quickly established the Lehigh Crane Iron Company and helped usher in the American branch of the Industrial Revolution.

Father and son eventually established the Thomas Iron Company in 1854 headquartered in Hokendauqua, Pennsylvania.  The company continued to expand and acquired the furnace owned by the Lock Ridge Iron Company in 1869.  They expanded the Lock Ridge site to include over 170 acres, a second furnace, various buildings associated with iron production, a branch line of the Catasauqua and Fogelsville Railroad, and employee housing.  The company remained a vital part of Lehigh Valley iron production until technological advancements, the use of coke rather than coal and the arrival of U.S. Steel in 1901 and Bethlehem Steel in 1904 brought about its demise.

The furnaces at Lock Ridge managed to produce iron, the last anthracite iron furnaces operating in the U.S., until they went cold in 1921.  They, and the land around them, were then sold to William Butz who had the iron producing facilities dismantled and sold for scrap iron and lumber, leaving behind the still standing masonry of the buildings and furnaces.  The rail lines were torn up in the 1940s and the Lehigh Slag Company pulled slag from the site, for use in roofing and fill, until 1958.  The Butz family then donated the remains of the iron works and the land to Lehigh County for use as a public park in 1972.

The park, which is operated and maintained through a joint effort of the county and the Lehigh County Historical Society, was opened to the public in August of 1976.  Today, the hulking stone and concrete remnants of the iron works, the nearby Swabia Creek and its pastoral setting make the park a popular spot for wedding ceremonies, receptions, and photography.  Numerous informational placards facilitate a walking tour of the iron works and the historical society offers guided tours on weekends from May through September.