James Millikin Homestead sign that greets you when you enter the property. 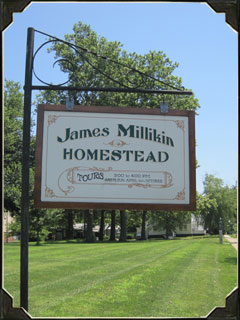 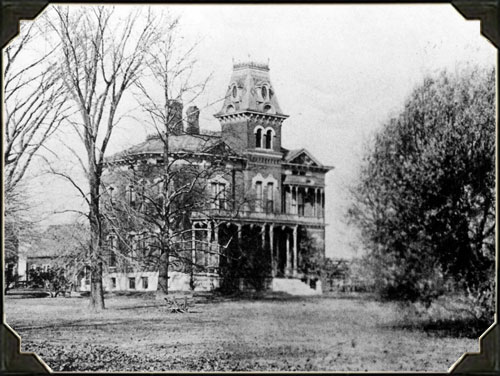 James Millikin Homestead with Stephen Decatur statue on grounds. This statute, which celebrates the post-revolutionary hero and name-bearer of town, was created on the Homestead grounds in 1952, but moved to its present day location downtown in 1992. 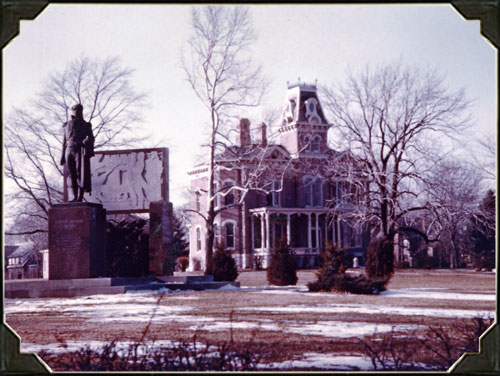 Here is an example of the beautiful craftsmanship found on the first floor of the Millikin Homestead. 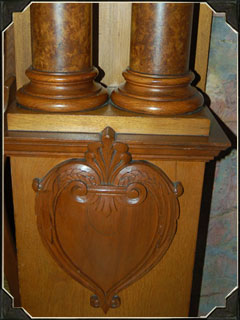 This Victorian style entryway boasts many different types of stained and etched glass. 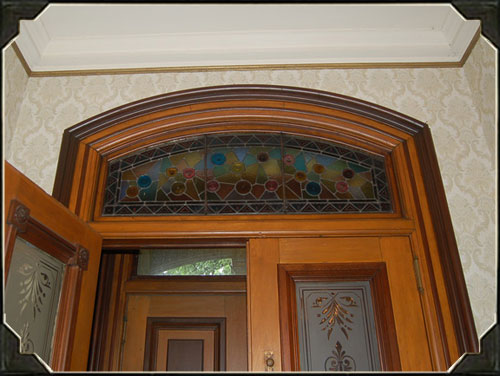 Another example of the finite woodworking details that can be found at the Millikin Homestead. 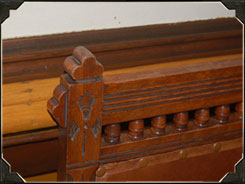 As you travel up the staircase that Ana Millikin had renovated, stop and look through the original stained glass windows. 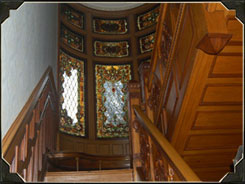 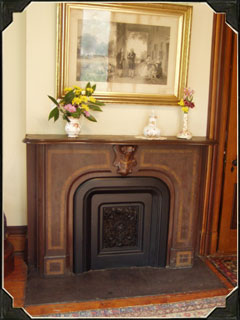 This particular statue showcases the many Italian artistic elements found in the Millikin Homestead. 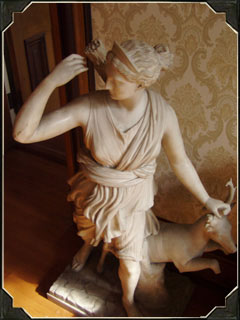 As you tour, do not forget to look up and enjoy the painted ceilings. This is another nod to the Renaissance influences. 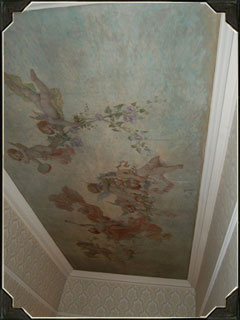 This fireplace, found on the first floor, is crafted from Italian marble. 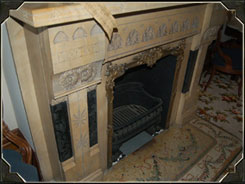 The library, found on the first floor, has undergone no renovations and is historically accurate to the time period. 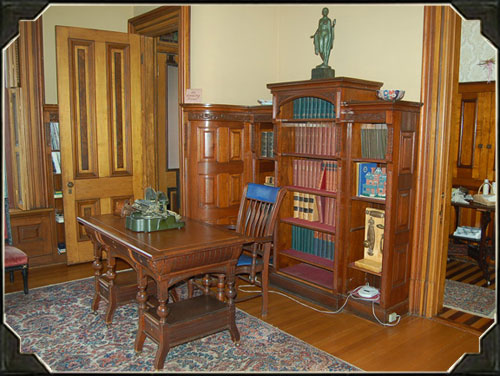 Millikin University, created by James and Ana Millikin, was dedicated in 1904 by President Theodore Roosevelt. The Millikin Homestead was endowed to the university as a museum. 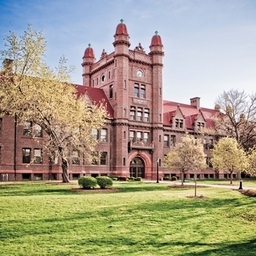 Construction on the Millikin Homestead began in 1876 and concluded a year later.  The architecture of the Homestead is nearly identical to the time period. The classical architectural style draws upon many influences, such as Italian, Victorian, and early Americana. While viewing the Millikin Homestead, the guest is transported back into the late 1800s. The architectural beauty is found throughout the homestead. From the original hardwood floors that differ in width from floor to floor, or the early American craftsmanship found in the Italian marble fireplaces1.

As you tour the Millikin Homestead, each room offers multiple opportunities to view early Americana. Each room has their own distinctive artistic touches and will offer numerous viewpoints2. Many details have been remodeled and restored to the original time period and historical aspect of the Homestead. On your journey inside the Millikin Homestead, pay close attention to the staircases. Anna Millikin had the house remodeled in 1883, no less under ten years after initial completion, to create a new staircase. While taking in all of the early American woodworking detail on the second floor, make sure to look down at the original pine floors. Mrs. Millikin did not care for the wide width of the boards and had the installers draw lines in the boards, giving the visual impression of thinner hardwood planks5.

James Millikin achieved great success in the banking community, but wanted to leave a lasting legacy on his new hometown. Millikin began construction on a local college that would offer a variety of degrees, specializing in art and music4. Millikin University, located a few blocks away from the Millikin Homestead, is the legacy that the Millikin family left behind on Decatur, Illinois.  The Millikin Homestead is a window into the creation of an early Illinois town. Visiting this Homestead allows the guest to see one of the grandest late 1800s mansion.