Located in a historic building that was constructed in 1907, this features exhibits and displays from local, national, and international artists that include everything from woven kente cloths and photos to live performances. Highlights include a permanent Jazz Gallery exhibition dedicated to the late jazz saxophonist Julian ``Cannonball'' Adderley and the museum's library, which houses more than 2,500 books and other reference materials on the African diaspora. 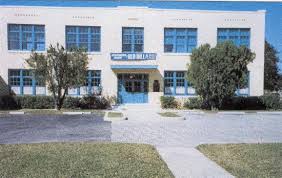 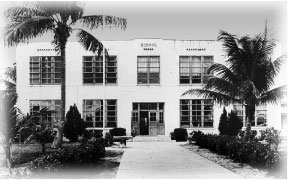 The Old Dillard Museum is located in a structure built in 1907 originally as a school for people of color. The museum highlights the significant contributions of the black community and is the longest-standing building in Broward County. In 1991 Old Dillard Museum was added to the National Register of Historic Places still exhibiting the same classroom with original sitting, a portrait of the first graduating class, and many cultural artifacts. It is known to be the first public school opened in Fort Lauderdale for colored children. The school was renamed after James H. Dillard a philanthropist and an educator who advocate for the young colored people to attend school. Dillard helped organize many funded organizations to ensure African American students were provided a good education. The Black Historical Society, the school board of Broward County, and the Broward County Commission worked hard to open a school for their children, which only went up to the 6th grade. The community was mostly a farming region, some of the locals felt it wasn’t needed to educate past the grade level assuming they’ll just venture into a career in farming or picking crops. However, nearly two decades after the opening Principle Dr. Joseph A. Ely added more classes and sought to educate his students past the 6th grade. ( “Broward History”)

As the years grew the school began to develop. Inside the Old Dillard Museum, there’s a gallery dedicated to the history of jazz that shares the life and work of famous jazz player and band director Julian “Cannonball” Adderley. The room is set up just like a jazz club back in the early 1990s, includes a grand piano and restored jukebox. Adderley was an American saxophonist and band director at Dillard High School where he helped instill the importance of jazz to the students. After his 2 years of teaching jazz at Dillard High, he moved to New York where he joined a jazz band along his brother Nat Adderley side. After the parting of Julian Adderley, Dillard high became well known for their jazz program. Their efforts and hard work won two coveted national high school competitions, Essentially Ellington. The band also won the Swing Central competition in Savannah, Georgia.

Despite all the accomplishments made to open and maintain a learning environment for the African American there was still trouble lingering outside their doors. Segregation was everywhere in Fort Lauderdale even at the beach. The beach was opened to everyone however if you were colored, you were only permitted to be on the sand and far away from the water. A historian from Old Dillard Museum named Tony Thompson did research on Eula Johnson an activist to desegregate Fort Lauderdale Beaches. In the summer of 1961 Johnson planned a wade-ins at Fort Lauderdale Beach, even though she received a message that the KKK was going to ambush the protest. Thompson says “They loaded some teenagers in their cars and they drove them to the beach. They parked their cars and walked onto the beach. White people started to crowd around them, and they just kept walking towards the water. And the crowd parted.” No one bothered the protester nor was there any arrest made. Pictures of the protest can be found displayed in the Old Dillard Museum. After the protest, Eula Johnson was asked to put a stop to her protest of desegregation at the beach, because it made the whites feel uncomfortable to swim with the colored people. But that did stop Johnson’s fight in standing up for her people’s rights. She planned many more wade-ins until the city council filed a law suit against her claiming she was causing chaos at the beaches. Her case was appointed to the federal court where the federal judge sided with her cause. The judge decided since the colored people pay their taxes just as everyone does they should be allowed to enjoy the public beaches like any other Fort Lauderdale residents. Johnson knew how risky fighting for her rights was, but she decided that she was not going to give up until someone seen her vision and made it possible. (“Black History Month Feature: Old Dillard Museum”)

After the remodeling of the new improved Dillard High, the city wanted to tear down the old school. But the community organized in opposition and the result would later become the impetus for the creation of this museum which shares an important chapter of the history of Fort Lauderdale. The museum provides many documents that represent the rich African American heritage of Fort Lauderdale.