The NSU Art Museum Fort Lauderdale is known as a premier destination in South Florida for modern and contemporary art. Initially founded in 1958, the museum has grown into a 75,000+ square foot space designed by acclaimed architect Edward Larrabee Barnes. Highlights of the collection include over five hundred works by William J. Glackens, the largest collection of Cobra art in the United States, and markedly multicultural contemporary holdings. In addition to displaying art, the museum also hosts a wide variety of programming. This ranges from study centers, to performance art events, to workshops and studios for students and teachers. 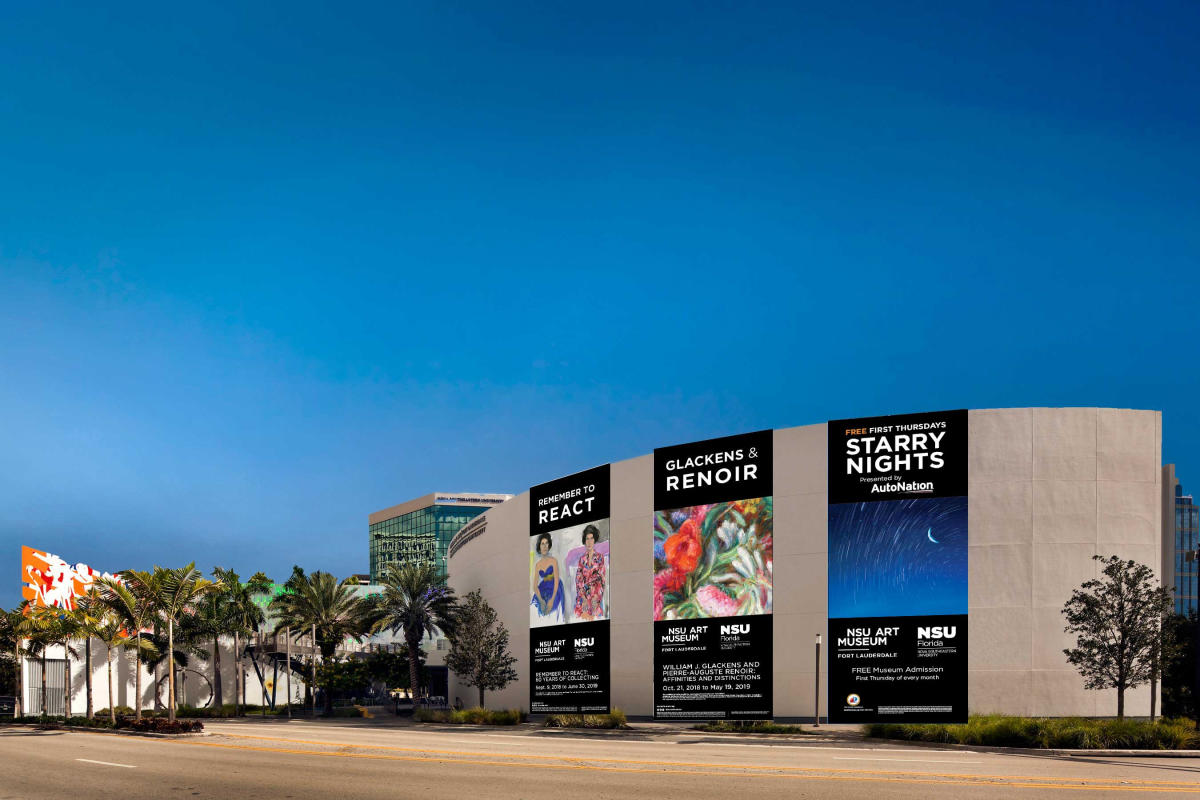 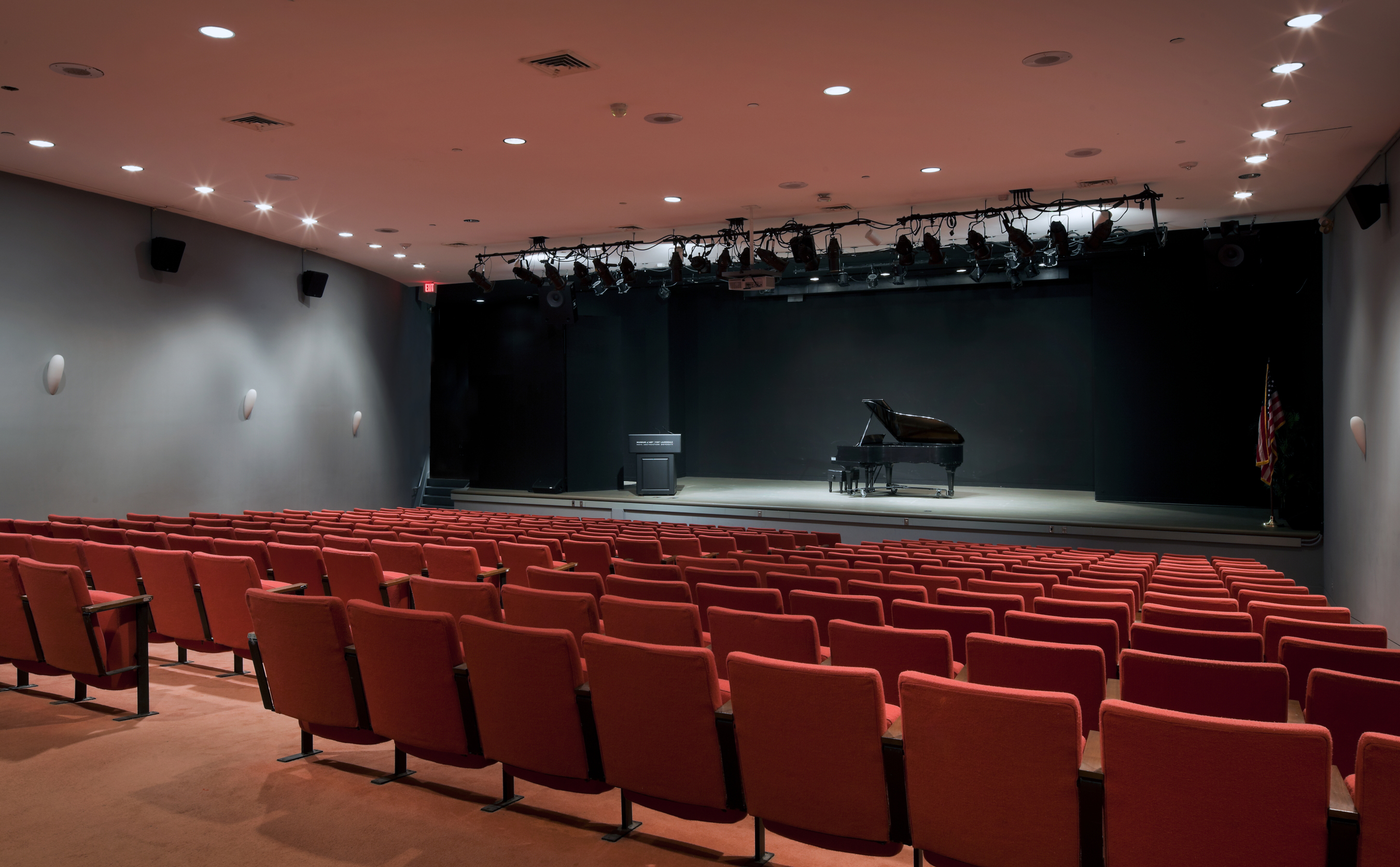 The NSU Art Museum Fort Lauderdale had humble beginnings as the Fort Lauderdale Art Center. This organization opened in 1958 in a small space in an old hardware store. Despite the physical limitations, over 75,000 people visited the organization in its first five years of operation, which prompted a name change to the Museum of Art Fort Lauderdale. During the museum’s early years, works of art by established artists Pablo Picasso, Mary Cassatt, and Childe Hassam were exhibited. In addition to these already famous artists, works by the not yet canonized Andy Warhol and Roy Lichtenstein also passed through the museum. When a 1967 fire destroyed several works held by the museum, the institution established a temporary home while they searched for a permanent location. This process proved to be more fraught and arduous than initially anticipated. It was not until 1983 that a suitable site was located, voters approved a proposal, and the city of Fort Lauderdale agreed to sell the museum the land.

In 1984, ground was finally broken on the Museum of Art Fort Lauderdale’s new building. Architect Edward Larrabee Barnes was commissioned to design the structure. At the time, Barnes was already internationally recognized for his work on higher education and museum structures, such as Bowdoin College’s Visual Arts Center, the Carnegie Museum in Pittsburgh, and the Walker Art Center. The original modernist structure featured over 65,000 square feet of space, with 21,000 of this devoted to the primary exhibition space. The museum opened to the public in 1986. The inaugural exhibition was “An American Renaissance: Painting and Sculpture Since 1940.” The museum enjoyed massive success in its new space. By 2001, even more space was needed and a 10,000 square foot addition was added. This addition was refurbished and modernized in 2007. In 2008, the Museum of Art Fort Lauderdale began a partnership with Nova Southeastern University. Seven years later, the museum’s name was changed to NSU Art Museum Fort Lauderdale (AMFL) to reflect this cooperation.

Over the past two decades, AMFL has solidified itself as a premier cultural destination in Southern Florida. The 2003 exhibition “St. Peter and the Vatican” drew over 150,000 visitors alone. “Diana, a Celebration,” opened the following year and drew similar crowds of people eager to learn about the life of Princess Diana. In 2005, AMFL experienced its most resounding exhibition success. “Tutankhamun and the Golden Age of the Pharaohs,” an exhibit centered around the gold treasures of an Ancient Egyptian king, was displayed at only four American institutions, AMFL being one. The exhibit attracted 750,000 visitors and generated $150 million for Broward County. Other blockbuster exhibitions include the 2011 “Vatican Splendors” and the 2017 “Frank Stella: Research and Development.”

AMFL’s permanent collections include over 7,500 works. Works span from the nineteenth century through the modern age, with a particular focus on contemporary art. The museum includes the largest collection of European Cobra artists in America. The Cobra movement was composed of avant-garde artists from Copenhagen, Brussels, and Amsterdam who opposed many modern art movements, as well as the violence of World War II. William J. Glackens, one of the founders of the Ashcan art movement, has a dedicated wing in the museum. Over five hundred of the artist’s works are in the museum’s permanent collections. AMFL’s modern and contemporary holdings focus on Latin American, Black, Latinx, and African artists. This facet of the collections was significantly enhanced in 2016 by a donation of one hundred works from David Horvitz and Francie Bishop Good.

In addition to exhibitions of visual works, AMFL also hosts a variety of initiatives and programs. The William J. Glackens Research Collection and Study Center holds all the museum’s materials relating to the artist. The Stanley and Pearl Goodman Collection of Latin American Art serves the broader purpose of providing a research space for Latin American Art scholars.  Beginning in 2003, the museum runs the Studio Arts Program, which offers courses in painting, drawing, and design taught by professional artists. Pedagogical workshops on art education are also offered for middle and high school teachers. Community programs help connect k-12 students to art, both virtually and on the museum site. A Sense of Pride is a program dedicated to fostering LGBTQIA+ pride in young adults. A resident theater company, Inside Out, frequently performs in the 256 seat Horvitz Auditorium. Finally, a variety of events ranging from lectures, to film screenings, to family days round out AMFL’s rich depth of programming.