The Dominican House of Studies is the formation house of the Dominican friars of the Province of St. Joseph. Originally constructed in 1903, it consists of a seminary, a priory, and an elegantly decorated chapel. This Catholic institution is designated as a Pontifical Academy, and is therefore able to confer ecclesiastical degrees which are usually received in Rome.

Current interior of the Chapel 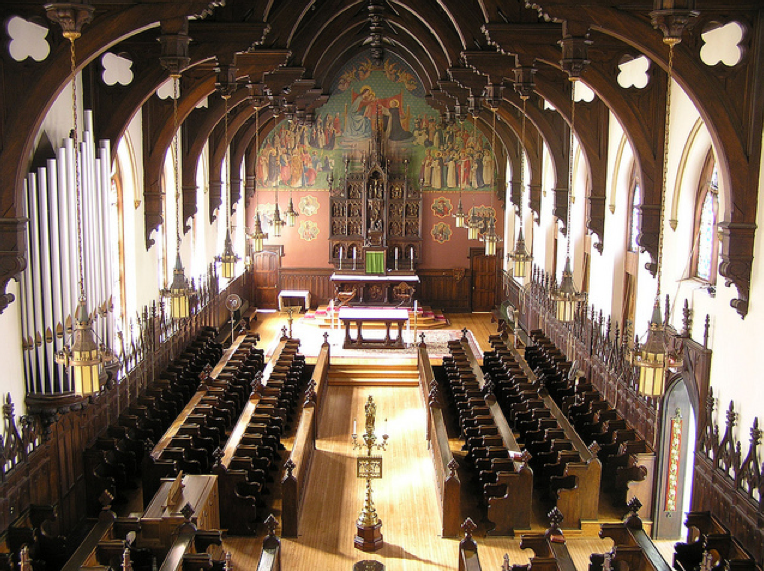 Interior of the Chapel 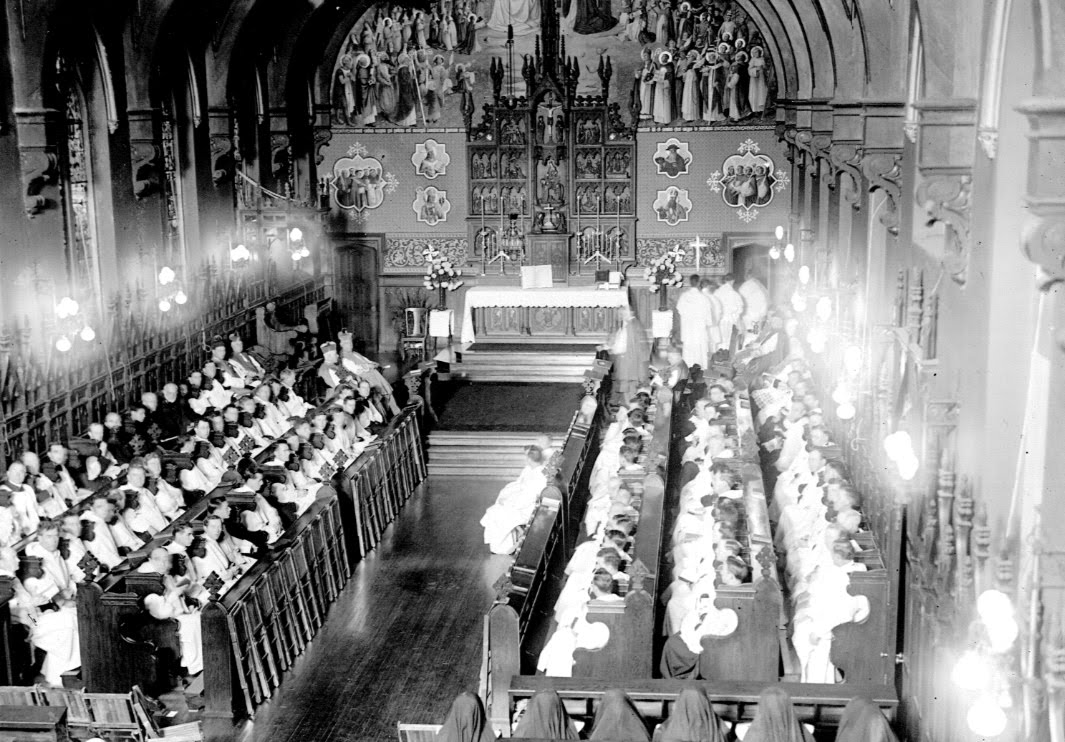 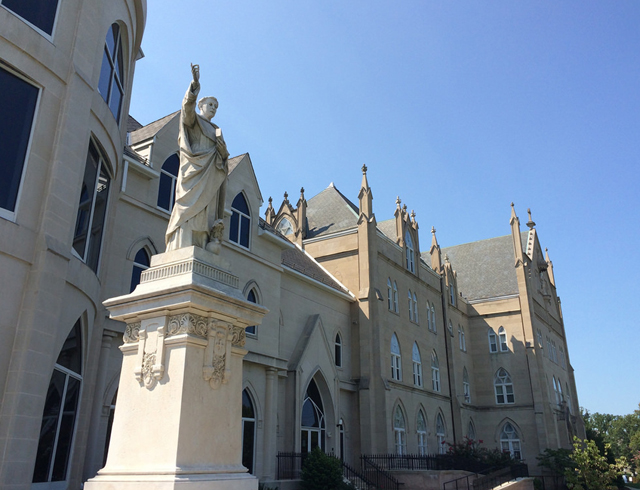 The Dominican House of Studies is located directly across the street from the Basilica of the National Shrine of the Immaculate Conception and the campus of the Catholic University of America. The priory and pontifical academy is home to the Seminarians for the Dominicans of St. Joseph’s province, a Catholic Religious Order. In 1941 the House of Studies was granted its status as an Ecclesiastical Faculty of Theology, which gave the Priory the ability to confer ecclesiastical degrees usually received in Rome. At the time, this was only the second institution in the United States, after the Catholic University of America granted this status.The House of Studies is authorized to grant the degrees Bachelor of Sacred Theology (S.T.B.), Licentiate in Sacred Theology (S.T.L.) and Doctor of Sacred Theology (S.T.D.).

The Dominicans first founded the province of St. Joseph in 1806, with the return of Fr. Edward Dominic Fenwick, O.P. to his home country after joining the English Province during its exile in Belgium, due to anti-Catholic laws and sentiments at the time. Fr. Fenwick initially founded the Province in Kentucky, due to a shortage of Priests in the area. From there the order moved into Ohio, later to found the Studium Generale, and onto the East Coast in the mid 19th Century.

Construction of The Dominican House of Studies began with the ground breaking on April 23, 1903, with James Cardinal Gibbons of Baltimore, Archbishop Ryan of Philadelphia, and Fr. Lawrence Kearney O.P. officiating. This Studium, as it is called in the Dominican Tradition, was established in order to replace the original Studium Generale, established in 1834, which was located in Somerset, Ohio. The site of construction was very intentional, being directly across from the already established Catholic university of America, in order to conform to the long standing Dominican Tradition of establishing Studia in major university settings.

Possibly due to the construction of this Studium, along with its academic excellence in the formation of Priests, the Dominican Order of Preachers grew rapidly in the early 20th Century. As the territory of the province of St. Joseph expanded, the Western territory, including Chicago, was established as its own province, currently named the Province of St. Albert the Great. These two provinces both expanded South, and the combined southern territories of the two Provinces were designated as another new province named for St. Martin de Porres. All Dominican territories in the United States can trace their lineage back to the province of St. Joseph and its house of formation in Washington D.C. The Dominican House of Studies is still regarded as the finest example of Dominican academic excellence in the United States, even with the many studia which are now present throughout the country.

History. Pontifical Faculty of the Immaculate Conception at the Dominican House of Studies. Accessed 19 February 2018. https://dhs.edu/about/history/.