The Polish Museum of America

The Polish Museum of America is the largest ethnic museum in Chicago and one of the first ethnic museums in the United States. It was founded in 1935 by a Polish fraternal organization in the city’s historically-Polish neighborhood. The museum is focused on preserving Polish history and culture, and contains thousands of artifacts and resources on Poland and Polish Americans. The museum occupies a building that was constructed in 1913 and is listed on the National Register of Historic Places. In addition to the museum, the building is also the headquarters for both the Polish Roman Catholic Union of America and the Polish Genealogical Society of America.

The Polish Museum of America was established in 1935 and is one of the oldest ethnic museums in the United States. It shares a building with the Polish Roman Catholic Union of America. Image obtained from Chicago Patterns. 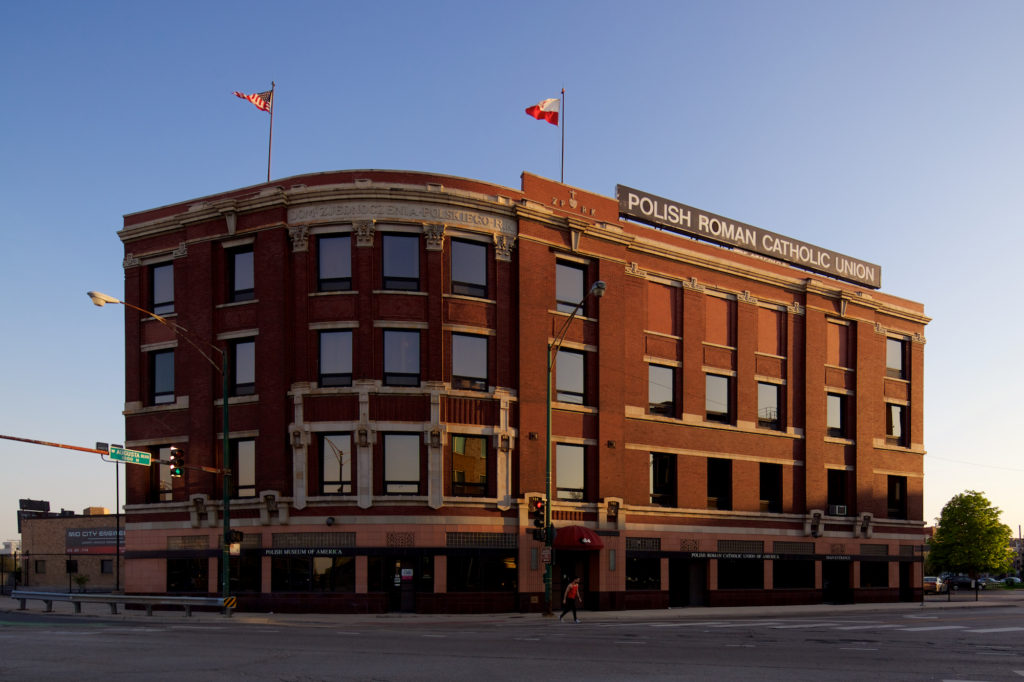 The museum has accumulated thousands of items relating to Polish history and culture over the years. Image obtained from Open House Chicago. 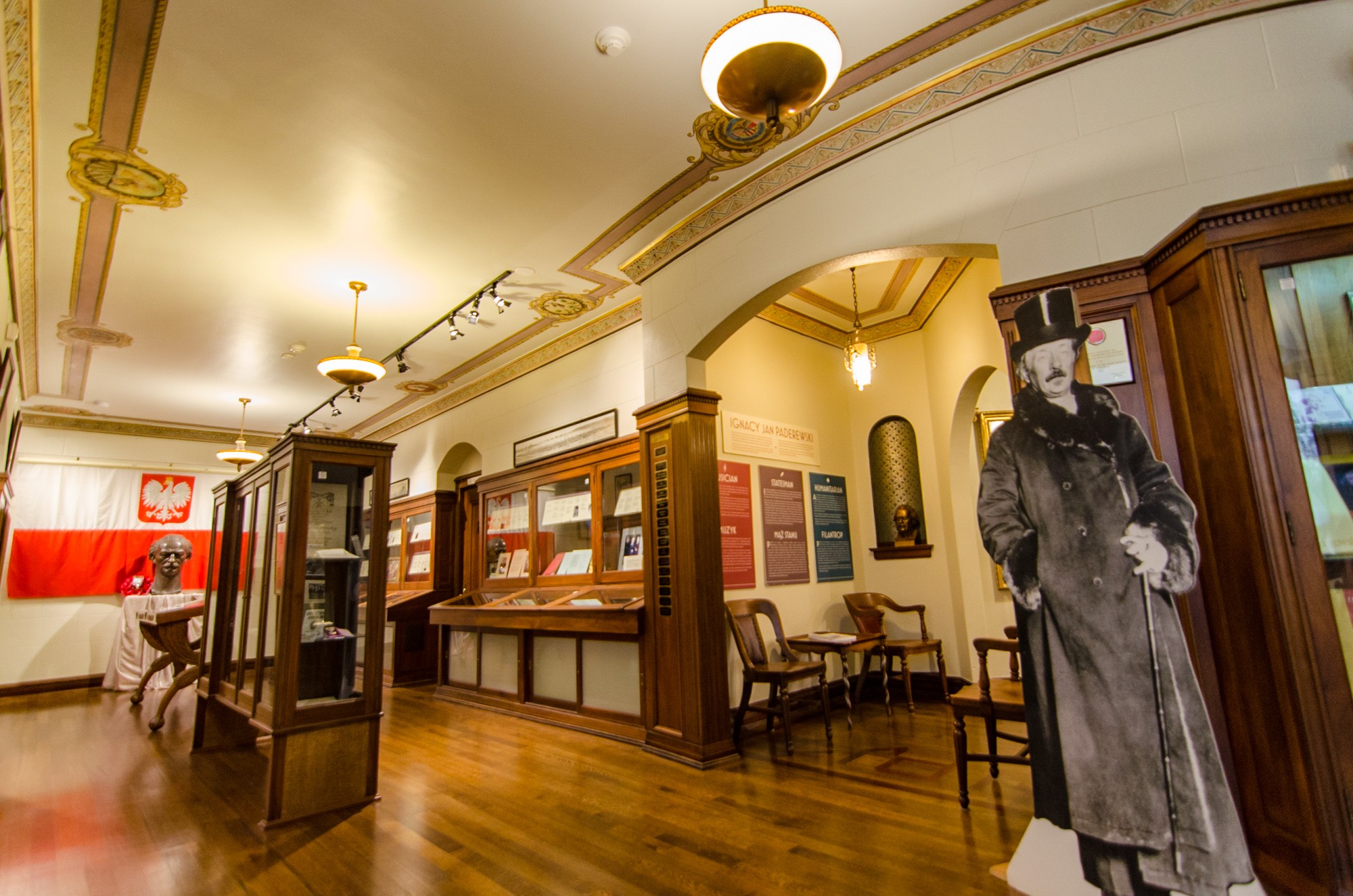 The building housing the museum was constructed in 1913 as the headquarters for the Polish Roman Catholic Union of America and was designed by John Flizikowski. In 2013 it was added to the National Register of Historic Places. Image obtained from UrbDeZin 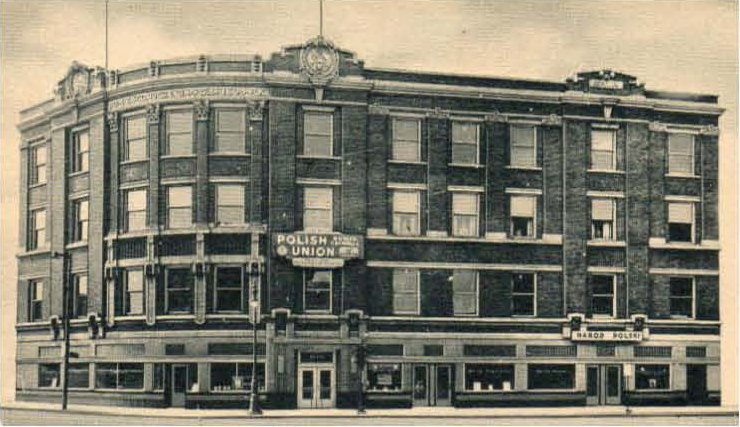 People of Polish descent have lived in the United States for centuries, but immigration in large numbers did not begin until the mid-1800s. The first and longest wave of immigration was from the 1850s to the 1920s, and was driven by the political and economic situation in Poland, which at the time had been partitioned among multiple countries. A second wave came following World War II and the communist takeover of Poland. The third and final wave occurred in the 1980s amid unrest in Poland which resulted in the imposition of martial law. Early on Chicago became one of the primary destinations for Polish immigrants in the United States; by the 1930s Poles constituted the largest ethnic group in the city. They formed a thriving neighborhood community sometimes nicknamed “Polonia.” The Polish Americans established a large number of separate institutions including churches, schools, Polish-language newspapers, small businesses, and fraternal organizations to keep the ethnic group connected.

The Polish Roman Catholic Union of America (PRCUA) was founded in Chicago in 1873 as the first major Polish fraternal organization in the United States. It was noteworthy for operating social programs, opening an orphanage and hospital, and establishing an insurance system for members. In 1913, the PRCUA constructed a building at Milwaukee Avenue and Augusta Boulevard for its national headquarters. In 1935 the organization decided to establish a museum dedicated to Polish culture; the Museum and Archives of the Polish Roman Catholic Union of America was opened on the third floor of the building; it did not become available for public viewing until 1937. It was the first museum in the United States ever created for a single ethnic group. Later the museum would become its own separate organization, renamed simply The Polish Museum of America, but it continues to share the original building with the PRCUA.

A significant chunk of the museum’s collection came from two separate events in the early years of its existence. In 1939 the Polish government sponsored a large exhibit at the 1939 New York World’s Fair in honor of the twentieth anniversary of Poland’s independence. When World War II began in September, the contents of the exhibit could not be transported back to Poland, so the museum arranged to purchase and preserve most of it. In 1941 the estate of Ignacy Jan Paderewski, a famous pianist and Polish politician, donated many of his personal possessions to the museum.

The Polish Museum of America owns a substantial collection of items relating to Poland and Polish Americans; only a small portion is on display at any given time. Noteworthy artifacts include artwork and photographs; documents from Revolutionary War Generals Thaddeus Kosciuszko and Casimir Pulaski; letters from Polish kings dating back to the 1500s; the archive of Congressman Dan Rostenkowski; artwork from the 1939 World’s Fair, such as a stained-glass window; and many Polish-manufactured model trains. The museum includes both a library and archives containing thousands of documents (in multiple languages), books, photographs, videos, music, and oral history recordings on the history and culture of Poland and Polish Americans. The library itself predates the museum by twenty years, having been established by in 1915 by the PRCUA, and serves as the headquarters of the Polish Genealogical Society of America (PMAL). The library is open to the public, while an appointment is needed to access the archives. The museum also hosts a number of cultural events, lectures, and temporary exhibits throughout the year.