The Athenaeum Club of El Reno decided to form a library during the 1890s and began raising money to acquire books. In 1902, the city council approved the creation of a public library, and in 1904, the Library Board accepted a donation of $12,500 from Andrew Carnegie to construct a library building. Carnegie stipulated that the city had to take on the responsibility of maintaining and operating the library. The El Reno Library is one of 24 public libraries that received grants from Carnegie between 1900 and 1922. The building features a marble lobby and staircase and embossed ceilings that belong to the original design. 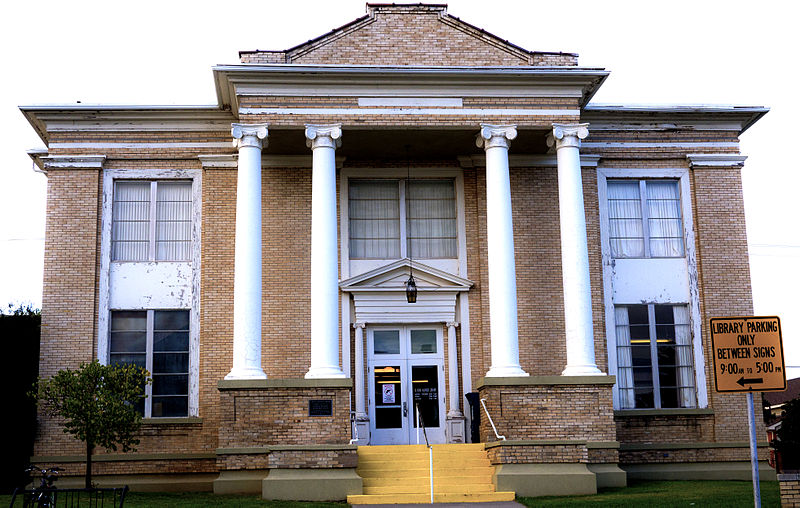