Built in 1907, this building served as a bank until 1968. The two-story brick structure is representative of bank buildings in small towns during the early 20th century. In addition to a bank on the first floor, the building also housed a barber shop in the back (and at one time another barber shop in the basement). The second floor provided office space for a rotating roster of professionals: attorneys, insurance agents, doctors, a dentist, and a Justice of the Peace. The bank has been converted into the 100th Meridian Museum, whose name refers to the survey of the 100th meridian west, an important boundary line.

The First National Bank in Erick, OK dates to 1907. 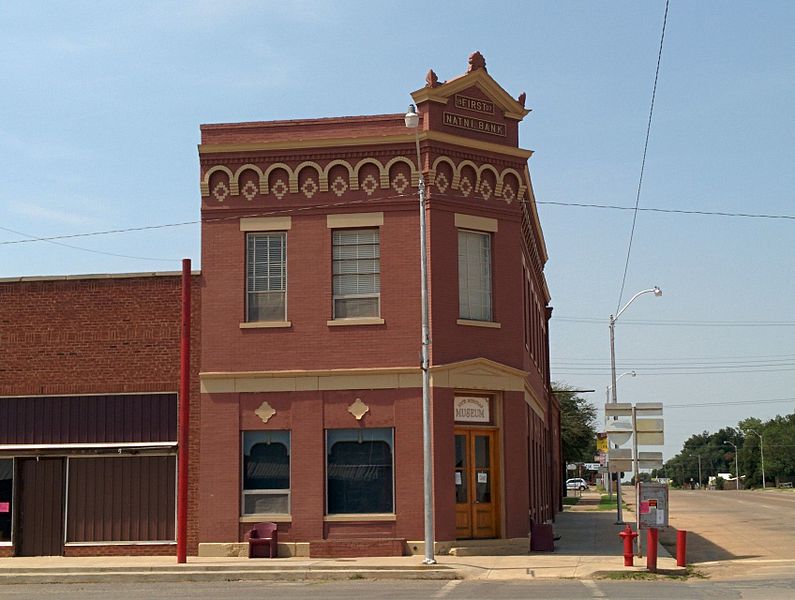