Built in 1904, the magnificent Beaux Arts Building emerged as a result of philanthropic efforts, common in cities as the nation moved from the Gilded Age to the Progressive Era. The building first served the community as the Salt Lake City Public Library and then the building was renovated in 1965 to become the Hansen Planetarium. Finally, in 2009, the building became home to the O.C. Tanner Company Headquarters. 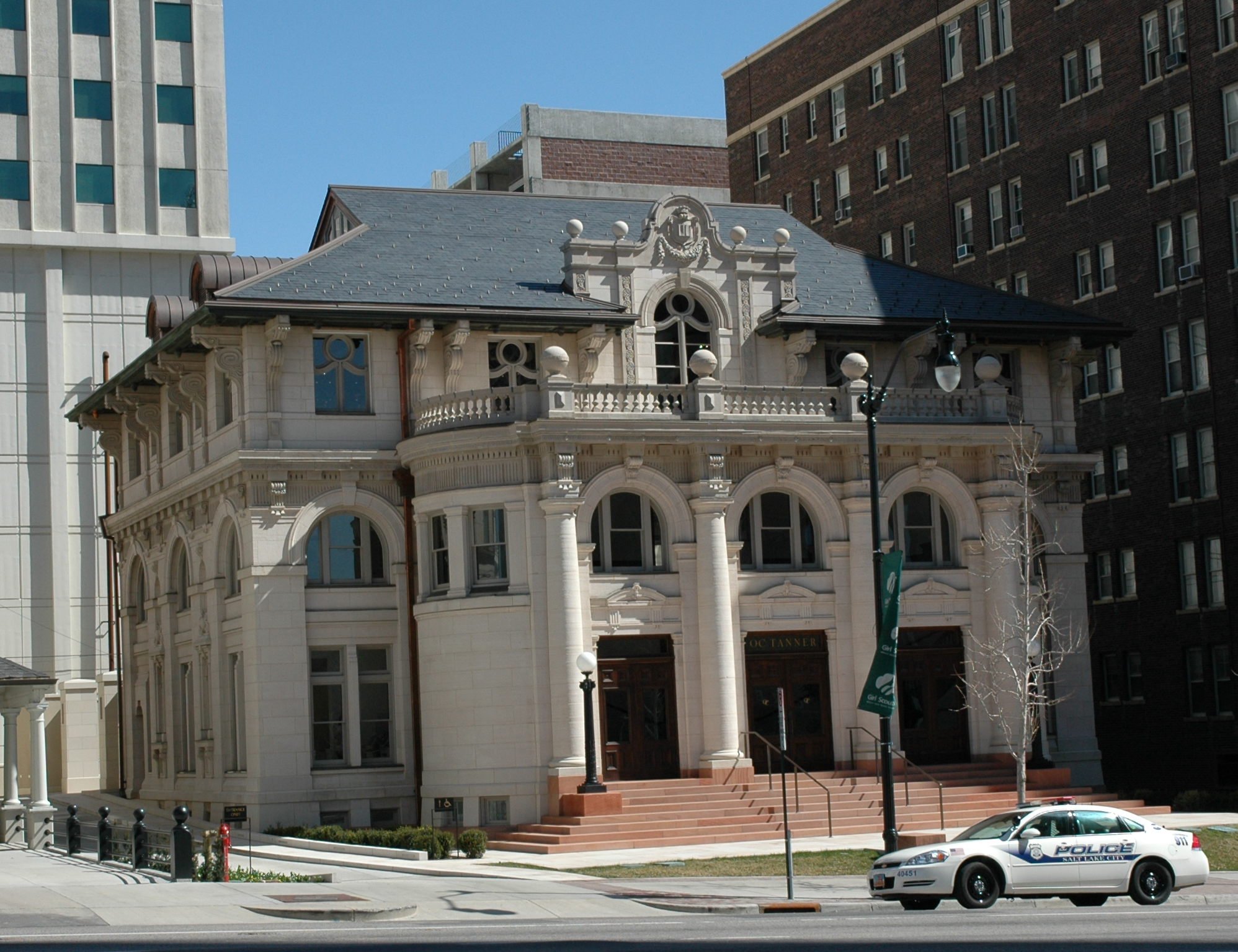 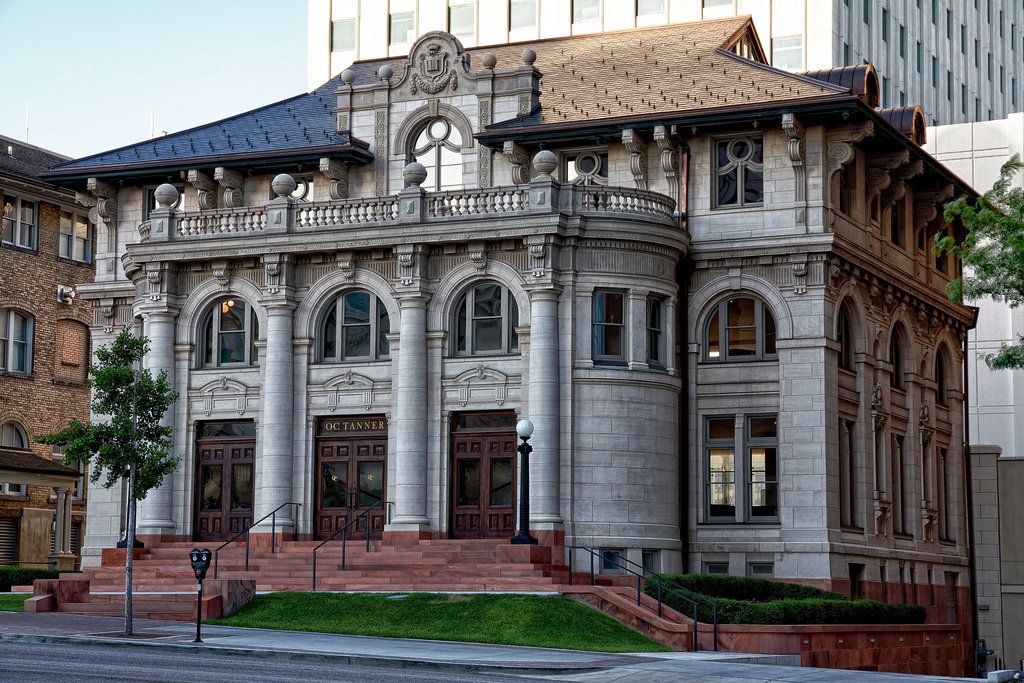 The eye-catching Beaux Arts structure opened in 1905 as the Salt Lake City library. Typical of the era, the library owes its existence to the philanthropic efforts of mining millionaire John Quackenbos Packard, who donated the land and money for the project. When the library moved in 1964, the building transitioned to the Hansen Planetarium, who remained there until 2003. After remaining unoccupied for four years, the building was renovated (and historically restored) from 2007-2009 by the O.C. Tanner Company, who now use it as its headquarters.
Salt Lake City's first public library opened in 1898 on the top floor of the Salt Lake City and County Building.  However, that space quickly proved ineffective due to its small size. Consequently, a group of women known as the Ladies Literary Society persuaded mining millionaire John Quackenbos Packard to donate land and money to build a new library, which cost $100,000 (or more than $2.5 million in today's economy).  Indeed, Quackenbos' actions not only resembled a wave of American millionaires engaged in philanthropy but a growing trend of donating money and resources towards the construction of libraries.
A striking example of Beaux Arts architecture, the 20,000 square foot, three-story tall library included a two-story entrance pavilion consisting of limestone and a building filled with ornate details.
The building functioned as a library through October 1964 when the library moved to a new facility. In its wake, the building transitioned to a planetarium, named the Hansen Planetarium in honor of George and Beatrice M. Hansen (Beatrice had donated $400,000 to the city to build the planetarium in memory of her deceased husband). The planetarium boasted of the highest per capita attendance of any planetarium in the nation. The Clark Planetarium, located in the Gateway in Salt Lake City, replace the Hansen Planetarium in 2003, leaving the building unoccupied.
After four years of lying vacant, the O. C. Tanner Company bought the building in 2007 for $1.2 million and then spent two years and $24 million (including $9 to $11 million of community funds) renovating and restoring the building. The business opened its doors in September 2009.