Rock Island Stone Arch is a stone viaduct located one-half mile northeast of the town of Shelby in Shelby County, Iowa. Listed on the National Register of Historic Places, the 35-foot stone structure is said to be the first railroad structure built in Shelby County. The viaduct was built in 1868 over Little Silver Creek along the route of the Chicago, Rock Island and Pacific Railroad, the first rail line built into Shelby County. When this portion of the rail line was abandoned in the late 1950s, the tracks were subsequently removed but the stone arch, railroad grade, and right-of-way were left intact. The Rock Island Old Stone Arch now lends its name to the Rock Island Old Stone Arch Nature Trail, which utilizes the former railbed crossing and travels 4 miles. 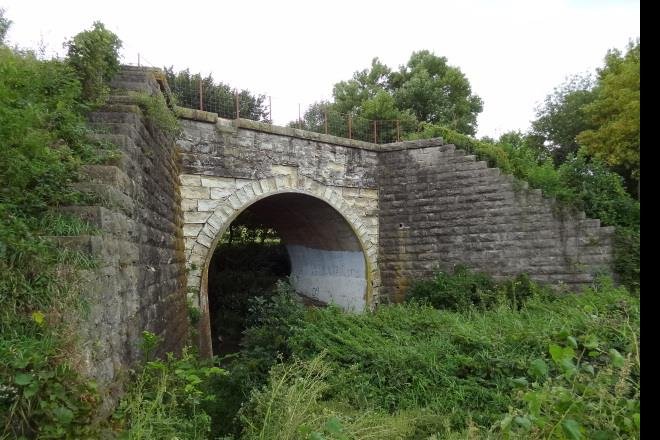 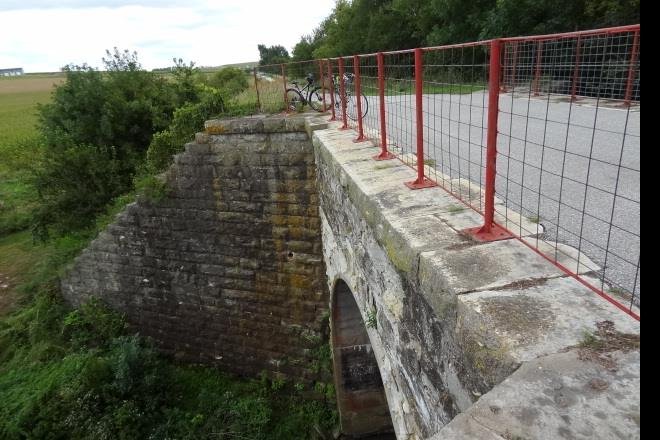 The arch was nominated, and subsequently listed, on the National Register of Historic Places in 1998, as a part of the development and construction of the Rock Island Old Stone Arch Nature Trail, which utilizes the former railbed crossing and travels 4 m 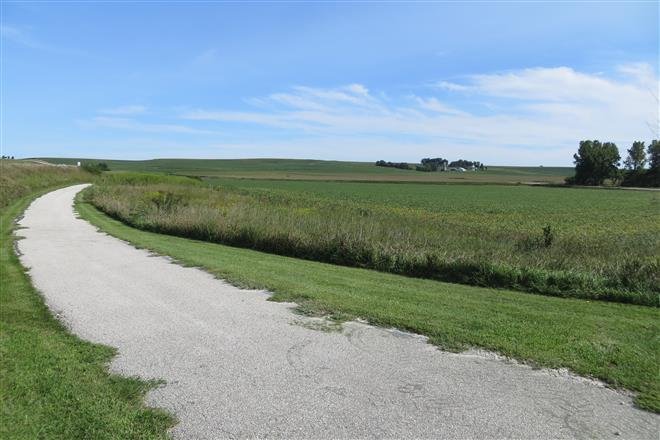 The Chicago, Rock Island and Pacific Railroad Stone Arch Viaduct (or Rock Island Stone Arch for short) is a stone viaduct located one-half mile northeast of the town of Shelby in Shelby County, Iowa. The railroad was important to the establishment and the growth of the town of Shelby, and the viaduct is a prominent landmark and vestige of this railroad in the Shelby vicinity. It also represents the rare property type in Iowa because most railroad bridges were build of either timber or iron.

The actual built route of the Rock Island line from Atlantic through the town of Shelby would at first appear illogical given its curvaceous route.  However, this route was in keeping with the configuration of the entire route between Des Moines and Council Bluffs, which managed to clip the corners of as many counties as possibly, in order to include as many county bond opportunities as possible to help fund the railroad's completion.

The Rock Island was of great significance to the town of Shelby, which owed its existence to this railroad. When the railroad construction along the Rock Island ground to a halt in 1868 as winter set in, a section house called "Shelby Station" was built at the end of the line and west of the Rock Island Stone Arch. Following the construction of the station house, two dwellings were built, followed by a third, which housed a general store. On December 28, 1870, the town of Shelby was platted, and by 1822, the town was thriving, with 20 business houses, two hotels, three churches, a schoolhouse, a large flour mill, two lumberyards, a coal yard, a bank, a printing office, and three large elevators for the buying and shipping of grain.

The Rock Island continued to serve the Shelby community until the 1950s when it was abandoned. The Rock Island depot in Shelby was razed in March of 1961, leaving the Rock Island Stone Arch as the primary landmark to remind those in the Shelby area of the singular importance of the former Rock Island Railroad to the town's existence. The arch was nominated, and subsequently listed, on the National Register of Historic Places in 1998, as a part of the development and construction of the Rock Island Old Stone Arch Nature Trail, which utilizes the former railbed crossing and travels 4 miles.

Compared with other types of railroad bridges along the Rock Island railroad between Davenport and Council Bluffs, stone arches were in the minority, with timber trestle or pile bridges being the most common. The use of stone over timber for western Iowa culverts and viaducts can be attributed to the scarcity of timber in the region; however, any stone other than glacial till is also in short supply. Therefore, bridge material was shipped in over the line as it was being constructed from eastern and central Iowa where timber and stone resources were more abundant.

The concrete liner within the vault of the Rock Island Stone Arch was probably added c. 1928 when the Rock Island Railroad replaced 500 miles of track in preparation for heavier rail traffic over this line.