Las Vegas is a city that continually reinvents itself and few things in the city last. One of the exceptions to that rule is Atomic Liquors, which has been a staple in the city since the mid-twentieth century. It opened in 1945 as a café and gradually became a bar. Over the years it attracted all manner of Vegas denizens, including the rich and famous. The city’s oldest free-standing bar, Atomic Liquors is now a reminder of Cold War-era Las Vegas. 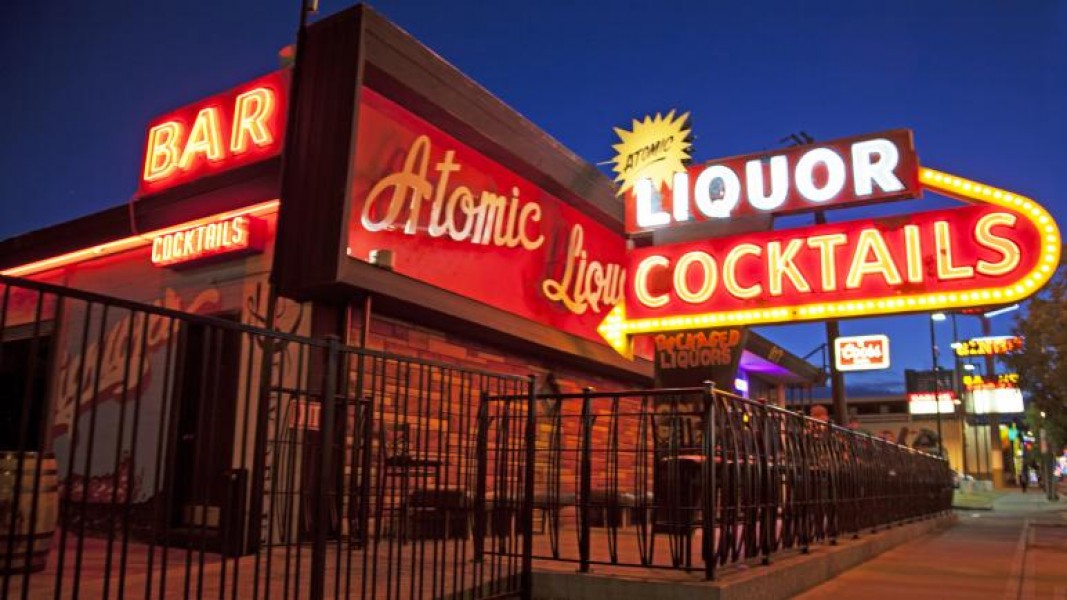 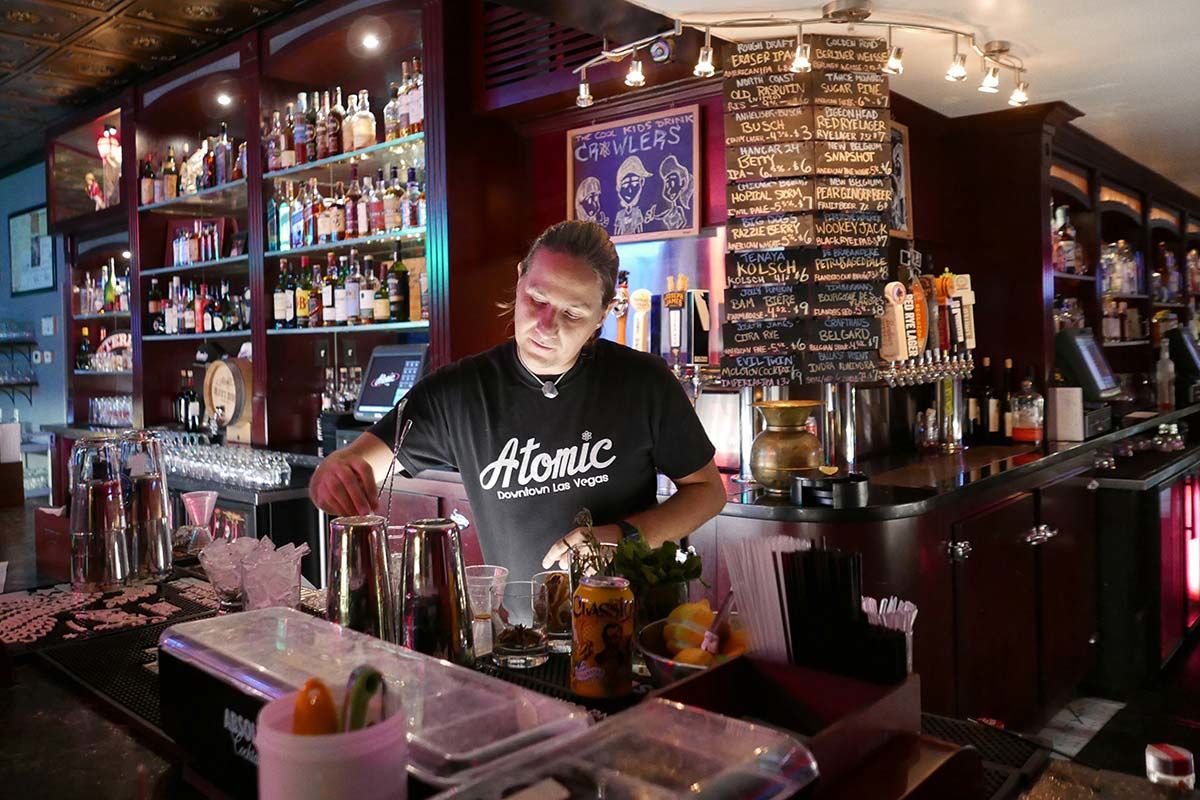 Joe and Stella Sobchik opened “Virginia’s Café” in 1945, but soon found that rationing brought on by the war left them limited in what they had to offer patrons. The couple soon grew tired of serving food and Joe, in particular, preferred serving the cocktails that he invented himself, particularly the one he dubbed the “atomic cocktail.”

The café gradually evolved into a liquor store and secured the very first liquor store license in the state. The evolution of the café into a liquor store and eventually a bar occurred against the backdrop of the Cold War, and at a location roughly 50 miles outside the city, the United States Army was developing a testing site for nuclear weaponry. According to legend, patrons of the bar would get one of Joe’s atomic cocktails, climb a ladder onto the roof, and look for mushroom clouds on the horizon.

In some ways, Atomic Liquors was in a perfect location. Its location is just a short walk from the Fremont Street casinos but far enough away to be a quieter alternative to the city’s crowds. Because of its relative peace and quiet, the bar became a favorite of celebrities visiting or performing in the city, including the Rat Pack, the Smothers Brothers, and Barbara Streisand, who still has an honorary stool at the bar. Some long-time patrons claim that Jimmy Hoffa was a frequent visitor.

Toward the end of the twentieth century, the increasing popularity of the Strip led to a decline in the popularity of Atomic Liquors, and the bar’s best days seemed to be in the distant past. The Sobchiks hoped that the bar could eventually be revitalized, but they passed away in 2010 and 2011, before the bar got a chance at a second act.

Following the death of the Sobchiks, a group of investors purchased Atomic Liquors and fully remodeled the property while maintaining much of its kitschy midcentury splendor.

Over the years, the bar has been featured in a number of movies and TV shows, including Casino, The Hangover, The Twilight Zone, and Parts Unknown with Anthony Bourdain.