Susan B. Anthony’s parents, Daniel and Lucy Anthony, acquired a farmhouse in 1845 very near this location that has since been lost to time. Deborah Hughes, President of the Susan B. Anthony Museum and House, has studied land records and believes that the farm was likely along what is now Brooks Avenue between the current Genesee Park Blvd and Thurston Road. Leading abolitionists like William Lloyd Garrison and Frederick Douglass frequently met here in the 1850s. Susan B. Anthony lived in this farmhouse until her father's death in 1862.

The exterior of the Anthony Farmhouse in 1854 is shown here. 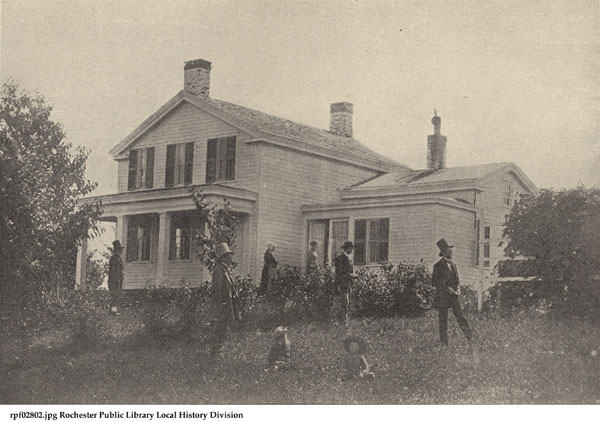 This is a map of the Abolitionist and Civil War sites in Rochester. The Anthony Farmhouse is labeled as 12.

These portraits of Daniel and Lucy Anthony, the parents of Susan B. Anthony, are taken from 1854 daguerreotypes. 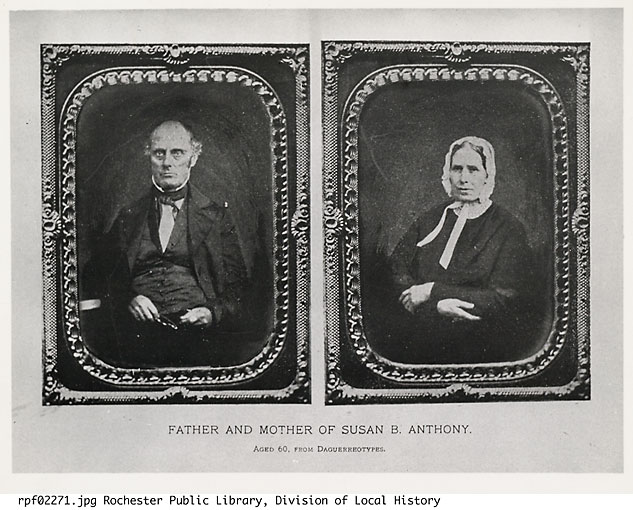 The family moved to Rochester in 1845 after Daniel Anthony declared bankruptcy in 1838 and the family had to leave their Battenville, New York home. The farmhouse was located on the Erie Canal in the Town of Gates, close to what is now Brooks Avenue. The farm became a place for abolitionists, including Frederick Douglass, to meet.

Like Susan B. Anthony, Daniel and Lucy supported reform movements and were active abolitionists and women’s suffrage supporters. The family lived in the farmhouse until 1865, when Susan B. Anthony, her sister, and her mother moved into the present-day Susan B. Anthony house. The area of the farm's location was later annexed by the city of Rochester.

This entry is part of a public history project developed by the RIT Museum Studies program in celebration of the bicentennial of Frederick Douglass’s birth (February 1818). The three supporting images of this item (Anthony farmhouse) are part of the Monroe County Library System.