YesThe Battle of Buena Vista was a fight during the American-Mexican War of 1846-1848. This battle took place on February 22-23rd, 1847. It was a battle between General Zachary Taylor's American troops and Mexican's dictator Generalissimo Antonio de Santa Anna with his army. It was a battle with no clear victory on either side. This battle was also known as The Battle of Angostura.

The Battle of Buena Vista monument. It is located where the battle was fought. 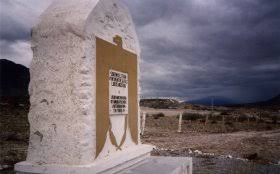 Art work that shows an image of what the battle may have looked like on that day. 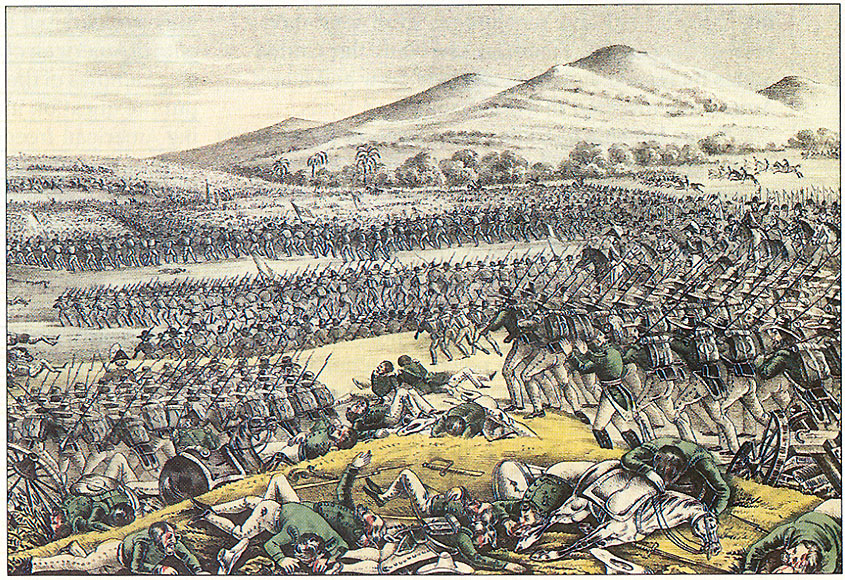 The Battle of Buena Vista was one of the most dramatic battles in a war that was seen as unconstitutional. The battle came to be during the American invasion of Mexico under General Zachary Taylor. General Taylor was just coming off a victory at the Battle of Monterrey. At this time, General Winfield Scott and his troops dropped anchor in Mexico from New Orleans. General Scott and his troops were ordered by President James Polk to head south to invade Mexico City. General Taylor and his 5,000 troops were ordered by President Polk to push west from Monterrey and defend a position outside the town of Saltillo at Buena Vista, then head south to join General Scott with the invasion of Mexico City.

Newly elected Mexican dictator Generalissimo Antonio de Santa Anna found out about General Taylor's plan of traveling toward General Scott's location to join forces. So, Santa Anna made a plan to head north from San Luis Potosi toward Buena Vista to catch General Taylor's army by surprise. Santa Anna brought 20,000 Mexican troops with him and when they arrived at General Taylor's location the Battle of Buena Vista had begun. With General Taylor and his men outnumbered by Santa Anna's force the Battle was looking like it would be a victory for Mexico until the Mexican government ordered Santa Anna to head back toward Mexico City to help in assistance to restore law and order because during the time of the Battle, mayhem was breaking out among the people of Mexico City. At the brink of victory, the American forces saw Santa Anna and his army retreat south back toward Mexico City.

General Taylor lost 650 men and Santa Anna lost 3,400 men. Mexico lost a lot more men, but with regards to the size of Santa Anna's army during that battle it seemed as if the victory would have gone toward Mexico. When Santa Anna ordered his men to flee the scene of Battle so shortly, General Taylor was able to bury his dead and have his soldiers head south toward General Scott's army. General Taylor and General Scott joined forces at Tampico. Roughly 4,050 were killed during the Battle of Buena Vista.

This Day in History. History. http://www.history.com/this-day-in-history/battle-of-buena-vista-begins.