This three-story structure appears modest next to many of its neighboring downtown buildings, but this Salt Lake brownstone reflects the vision of two of the city's most influential early residents, Francis Armstrong and Richard K.A. Kletting. Armstrong came to Utah as a mill laborer and rose to become one of the city's most influential businessmen and the mayor. Armstrong also founded the bank for which the building served ad commissioned Kletting as the architect to design this downtown office building. Kletting also designed the Utah State Capitol, the original Saltair Pavilion in Utah and the original Salt Palace -- to name only a few. 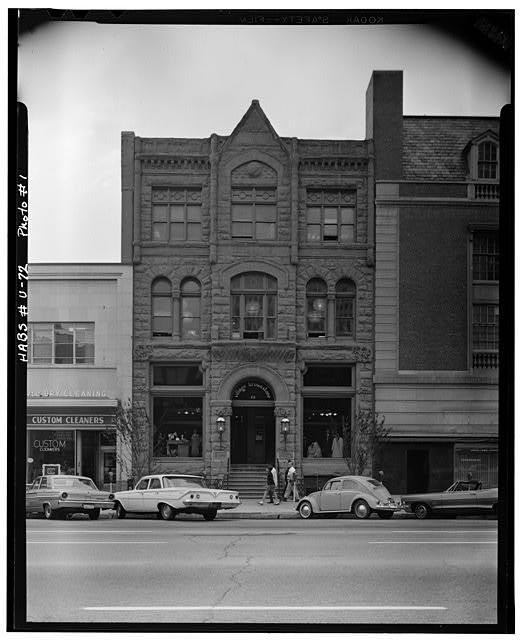 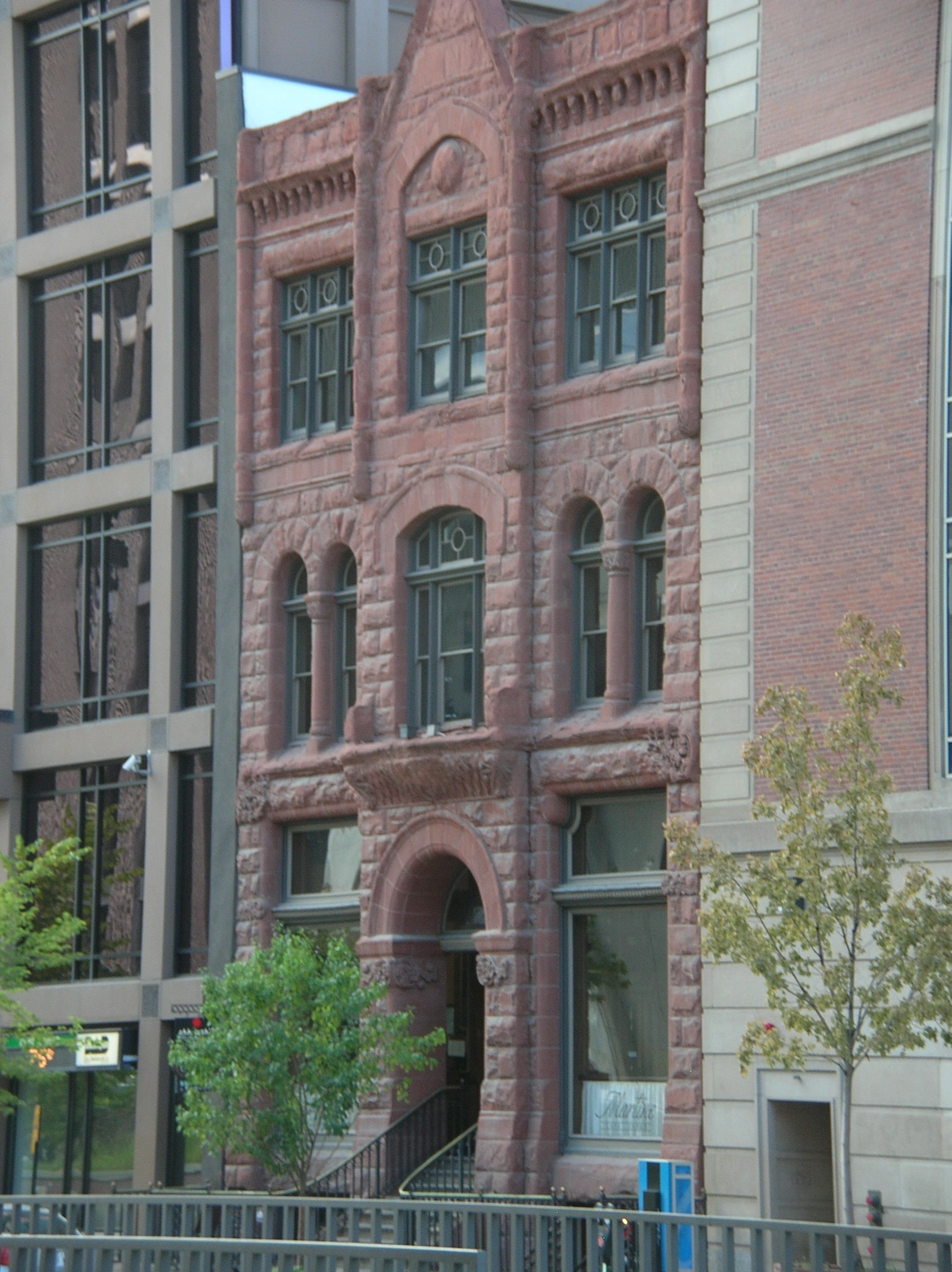 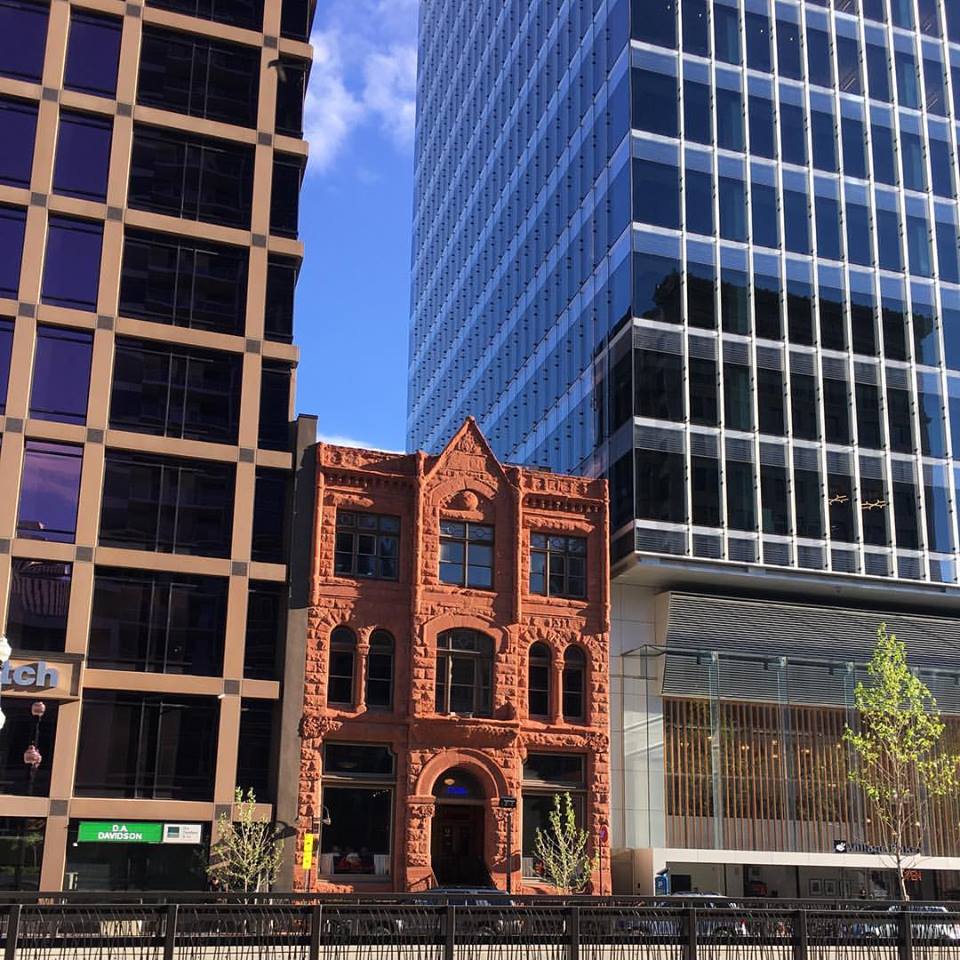 The importance of the Utah Commercial and Savings Bank building is related to both the architect, Richard K. A. Kletting and the founder of the bank, Francis Armstrong. Kletting designed numerous buildings in Salt Lake such as the original Salt Palace. Armstrong arrived in Utah with little money but worked his way to become one of Salt Lake's wealthiest citizens and serve as the city's mayor. He founded the bank and commissioned Kletting to design it.
Born in Wurttemberg, Germany, in 1858, Richard K. A. Kletting became a dominant figure in Utah architecture after his arrival in the State in 1883. His notable commissions include the original Saltair Resort and Pavilion; Utah State Hospital at Provo; McIntyre Building, Felt Building; the old University of Utah (now West High School); Deseret News Building; and Bell Telephone Building. Kletting also designed the Utah State Capital and the original Salt Palace.
Meanwhile, Armstrong, who represented the seventh generation of Armstrongs born in Northumberland, England (1839), left England with his family for Canada in 1851.  Seven years later, in 1858, Francis moved to Richmond, Missouri, where he took work at a sawmill and met David Whitmer, one of the witnesses of the Book of Mormon. That meeting led to Francis' conversion to the Church of the Ladder-Day Saints and his subsequent decision to move to Salt Lake City in 1861.
Armstrong's first years in Salt Lake consisted of working various jobs such as hauling wood, worked at Brigham Young's flour mill, and working at a lumber mill. Over time, he collected enough wages to purchase a small lumber mill and forge several business partnerships.  By 1869, Armstrong and his partners grew to become one of the city's leading contractors, construction companies, and supplier of commercial goods.
By the 1870s, he also served with banks, worked on the boards of utility companies and purchased flour mills. His business success allowed him to become one of the city's wealthiest individuals and one of Salt Lake City's most prominent citizens.
Francis Armstrong was one of the organizers and the first president of the Utah Commercial and Savings Bank. He was responsible for commissioning Richard K. A. Kletting to design the bank building constructed between 1888 and 1890. The Utah Commercial & Savings Bank is one of the best and of the few remaining examples of Richardsonian Romanesque architecture as applied to the commercial Brownstone architectural style. The building, constructed in 1890, is one of the earliest banking buildings preserved in the State. It represents a successful design accomplishment and shrewd economy in putting three levels
of business frontage on a site less than 33 feet wide.
Armstrong was also one of the originators and president of the Utah Power Co. Armstrong purchased a street railway system from the L.D.S. Church and had it converted to electrical power. Thus Salt Lake City became the first city west of Chicago to have electrically operated street cars.
As a result of his notoriety, he was able to engage in politics, first winning elections as a city councilman in 1878 and 1880. He continued to move up the proverbial political latter so that by 1886 he successfully ran for Mayor; he held the office for four years.
.