Built to offer a view of the world's largest railyard, the Golden Spike Tower opened in 2008 and offers the only public viewing option of the "World's Largest Rail Yard." Nearly 10,000 rail cars and 150 trains pass through this massive railyard each day. The transportation complex spans over eight miles in length and two miles in width. The tower is open daily and includes both in-person interpreters and various signs and other exhibits dedicated to railroad history. 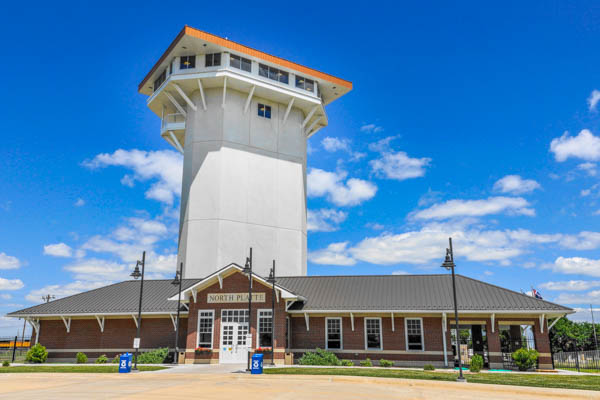 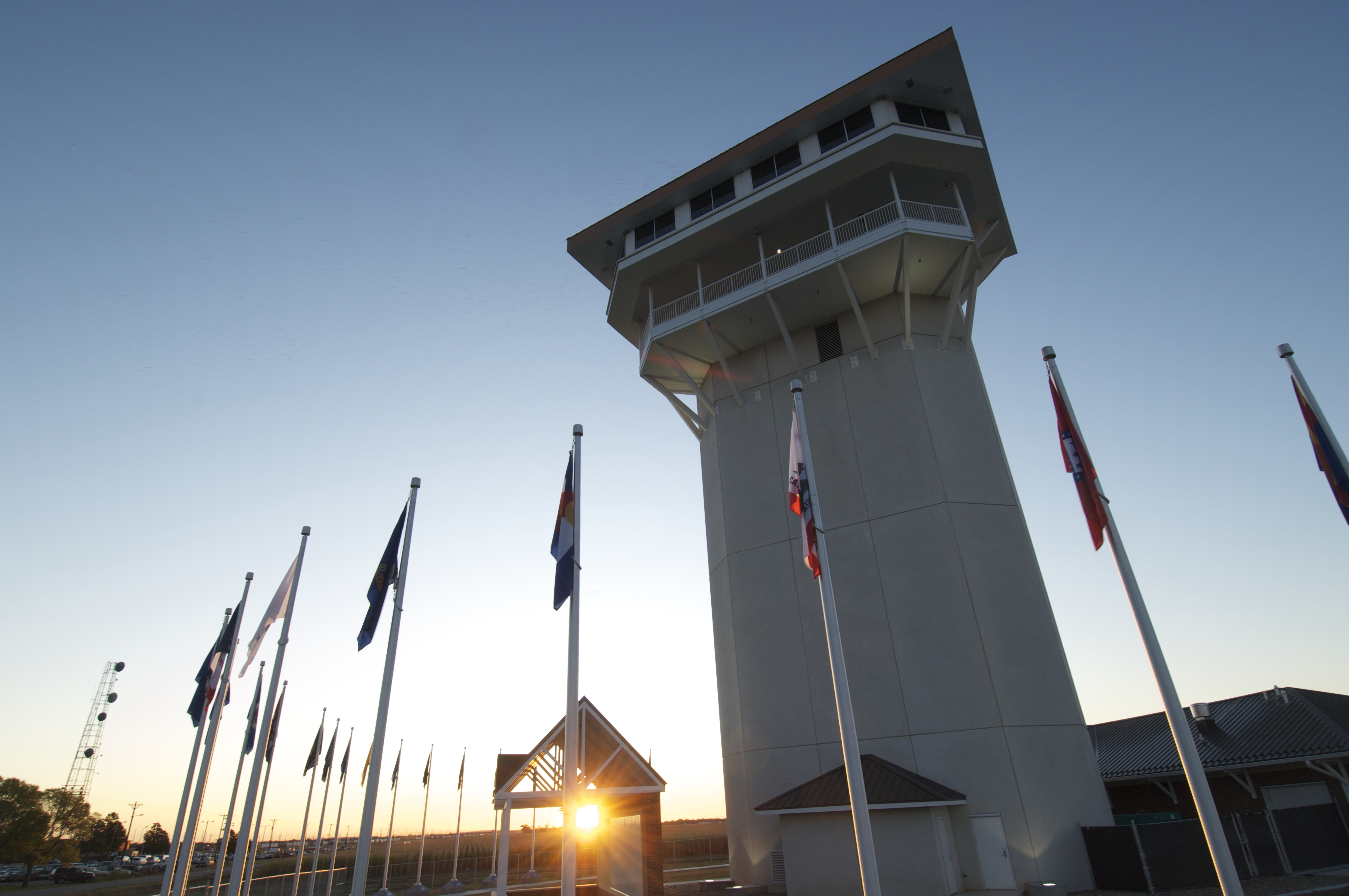 Guests enter through the main doors leading into a large gift store. An elevator takes guests to the 7th floor, where a door leads to an outdoor balcony overlooking Bailey Yard, the world's largest rail yard. The 8th floor features stories of the Merci Train, Dining Cars, Orphan Train, and Bailey Yard. Guides (virtual or in-person) are available to help visitors learn how this massive working railyard operates.

The Golden Spike Tower and Visitor Center feature a courtyard with each of the twenty-three flags of states serviced by the Union Pacific Railroad. The Memorial Brick Pavilion honors members of our community, employees of Union Pacific, and others with commemorative bricks embossed with the name of the person for which the brick was purchased. The grounds of the Golden Spike Tower and Visitor Center also include vintage railcars that are currently being renovated.