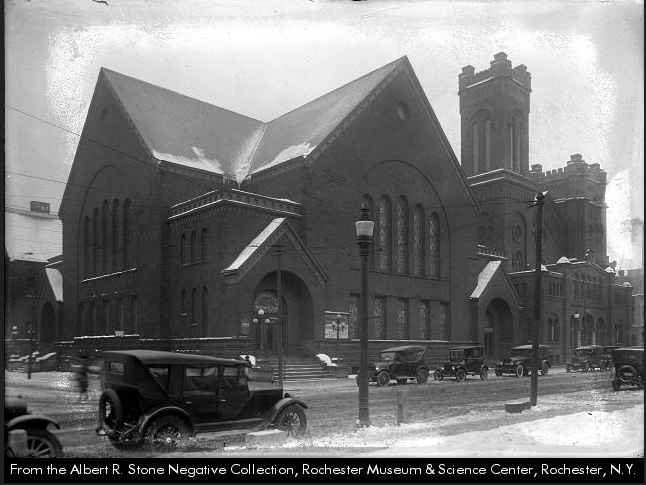 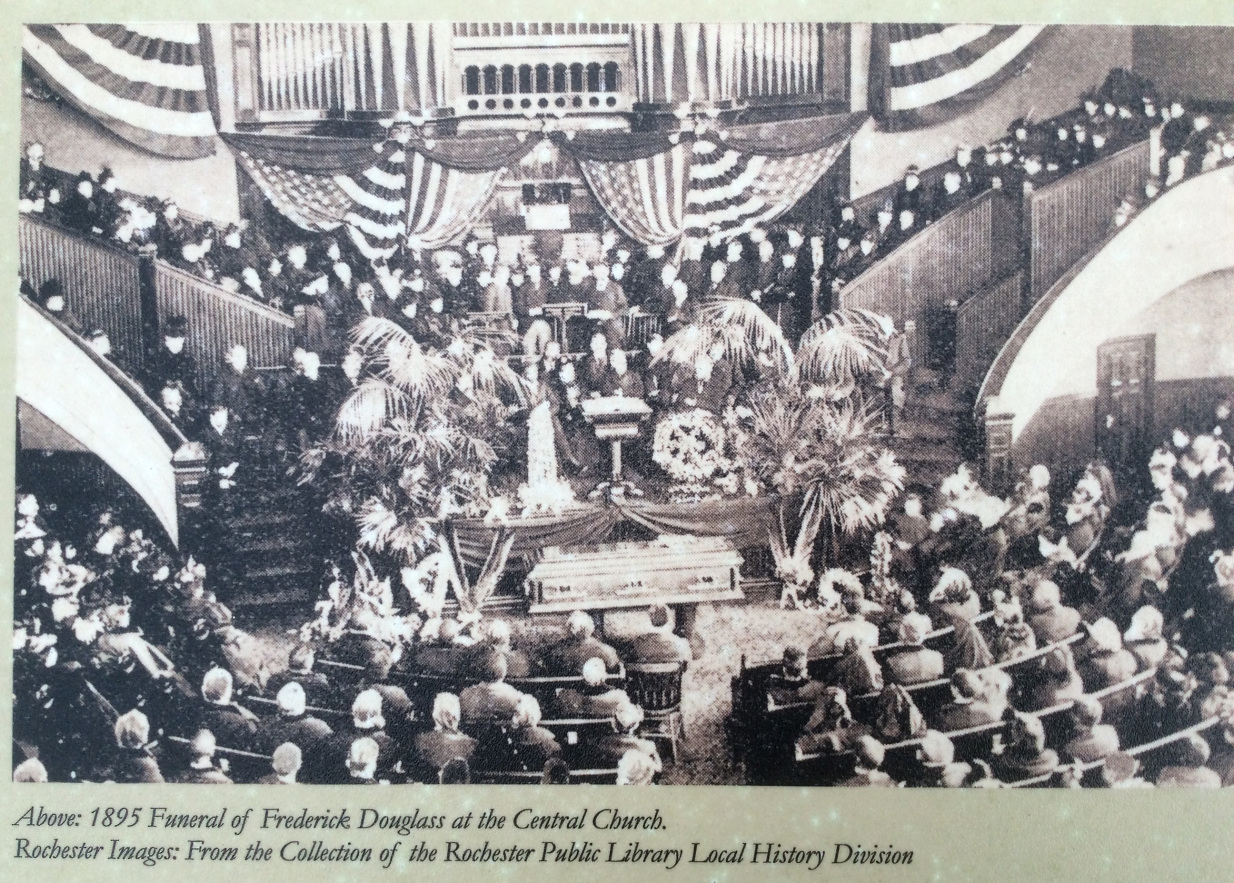 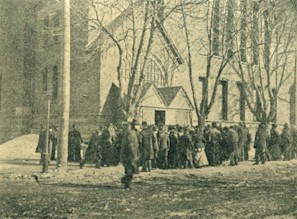 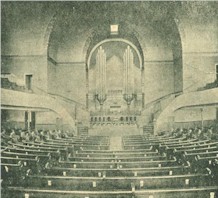 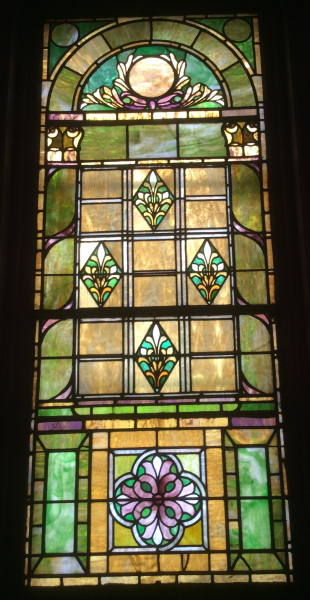 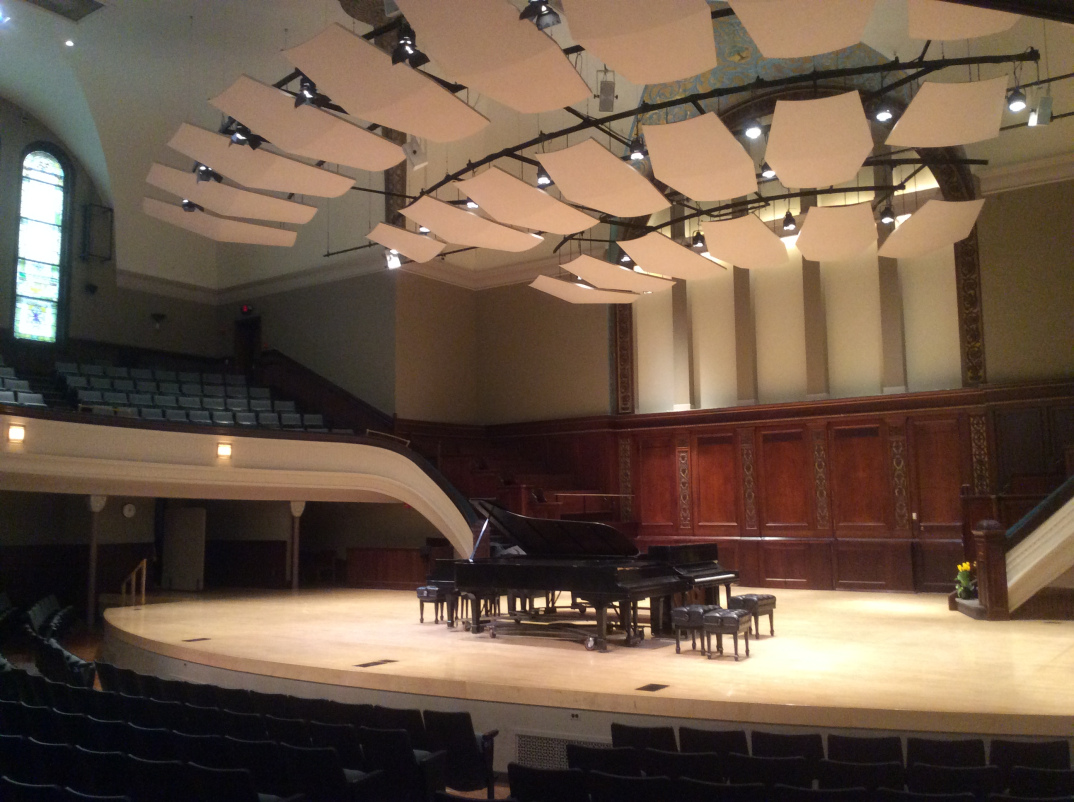 Central Presbyterian Church was originally established as Bethel Free Church in 1836. It received the name 'Central Presbyterian' when it moved to it current location on North Plymouth Avenue in 1858. The new church building was constructed next to the Post Residence, where prominent Rochester abolitionists Amy and Isaac Post lived. A historical marker to the no-longer-existing Post House is located by the Central Presbyterian building parking lot today. In 1890, the church was forced to expand its building thanks to the exponential growth of its bible school program. Central Presbyterian's huge, new round auditorium reflected the growing church's emphasis on communal music, which was heavily incorporated into weekly services.

Due the new auditorium's large size and the church's convenient location, Central Presbyterian was chosen to host the Rochester funeral of famed abolitionist writer and activist Frederick Douglass on March 2, 1895. His procession through Rochester began at the Central-Hudson Station and twelve policemen delivered him to City Hall, where he stayed for a few hours. Through the Fitzhugh Street entrance of the hall, they exited with guards to the Central Presbyterian Church on Plymouth Street, where his funeral began. After the service was over, they passed through East Main Street onto St. Paul. The procession ended at Mount Hope Cemetery where his body was laid to rest. The Central Presbyterian Church was later used for the also-massive funeral ceremony of Susan B. Anthony in 1906.

Like many downtown churches, Central Presbyterian experienced difficulty with maintaining steady church membership during the mid-1900's due to rapidly shifting demographics. Beginning in the 1960's however, the church was sometimes used as a hub for social movement rallies. Most notably, in the early 1960's, Central Presbyterian was the organizing site of several rallies against the Eastman Kodak company's discriminatory hiring practices. These rallies were spearheaded by local civil rights activists Franklin Florence and Bernard Gifford. Also during the 1960's, Central Presbyterian was the site of multiple protests against the Vietnam War.

After years of dwindling attendance numbers, Central Presbyterian merged with two other Presbyterian churches downtown and became Downtown United Presbyterian Church in 1974. Operations were transferred to a new location on North Fitzhugh Street. In keeping with the church's historical appreciation of music, the building was offered to its major tenant, the Hochstein School of Music and Dance, for the price of $1 in 1978.