Located at 1600 Twigg Street, Palatka, FL 32177 you will find a beautiful 146 acre Florida State Park…The Ravine Gardens. It is flourished with tropical and subtropical plants. You will find live oaks, hickory, sweet gum, longleaf pines, cabbage palm and cypress (Ravine Gardens State Park Pamphlet Citation). Also the famous azaleas can be found located throughout the park. There is a 1.8 mile trail that you could drive through, however most people hike the trail to really admire the beauty of the botanical gardens. The main trail connects to side trails that you can venture to observe what is beneath the terraces located in the Ravine Gardens. 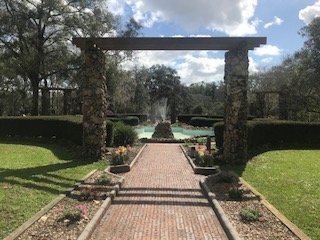 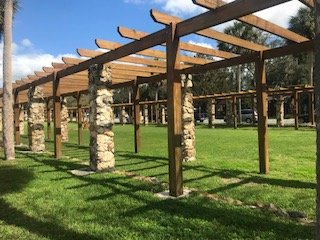 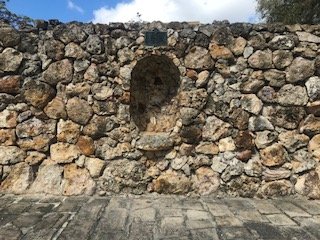 It is a beautiful place to bring the whole family; there are picnic tables and grills found all throughout the park. There is a 2000 square foot picnic pavilion that is located by the civic center and also a smaller one located by the amphitheater. Also, a spring-fed stream flows through the ravine gardens.

If you walk through the trail you will notice that there are a few exercise stations. It has stretching exercises and cardio moves illustrated on signs to promote guests physical health. If you do not want to participate in physical activity there are benches located to just relax and enjoy the scenery. There is something for everyone at the Ravine Gardens to make it the perfect family gathering.

The Ravine Gardens was developed by the Federal Civil Works Administration (CWA) and the Works Progress Administration (WPA) of the city of Palatka. It was developed in the time of the Great Depression from 1933-1939. There was an importance for this Ravine Garden to work. It’s purpose was to attract people to come in hopes of recovering the city from economic problems they underwent during the Great Depression. It also was important for employing people in the area. The Ravine Gardens is flourished with bright pink azalea flowers, which was strategically placed by these groups to attract tourists to come and admire the beauty of the gardens. 95,000 azalea plants had been planted by the Federal Emergency Relief Administration workers by the year 1934. (Ravine Gardens State Park Pamphlet) The restoration project for the economy was a success. The Ravine Gardens were named the “the Nation’s Outstanding CWA Project” in 1937. (Ravine Gardens State Park Pamphlet)

In 1999 the U.S. Department of the Interior listed the Ravine Gardens on the National Register of Historic Places, officially. It was recognized by the American Society of Landscape Architects for the outstanding landscapes.

Prior to the Great Depression Era and the transformation of merely just a spot of land into this beautiful Beautiful Botanical Garden State Park this area was home to a group of indigenous people, the Timucuans, who used the St. Johns River as a source for their survival of hunting, fishing, and farming. Then the Spanish made their appearance and soon there were no Timucuans left. Once there were no Timucuan people left the Spanish left and the Creeks (Seminoles) and the English arrived to build up the city of Palatka, FL which was founded in the year of 1821. The area was ideal for a lot of people. It was a new start for everyone like business people (entrepreneurs) and slaves. The town really was flourishing which launched the Palatka Water Works plant that was built in 1886. The Palatka Water Works plant is close by so visitors can admire that as well.

In the Ravine Gardens State Park there is an amphitheater surrounded by beautiful azaleas which was built to attract more tourists and to host events. In 1938 the first official Azalea festival was held. Following the Azalea festival we got pageants for Miss. Florida Azalea which really made the Azalea festival something to talk about. The pageants were the highlights of the festivals and this Miss Florida Azalea pageant was the first pageant to be held in Florida. The first azalea pageant occurred right on the Amphitheater stage in the Ravine Gardens .

The Ravine Gardens is a Florida State Park that is just breathtaking, it’s purpose was to attract people from all over to come admire the beauty of all of the native and exotic plants and the amazing architecture. The city of Palatka wanted to recover from a hit in their economy after the Depression, and their masterpiece is still standing today and thriving more than ever. If you are ever in the neighborhood, check it out!