Liberty Hall is a historic plantation built in the late 1790s by Congressman Thomas S. Kenan. It now operates as a museum which contains Kenan family heirlooms and personal possessions. 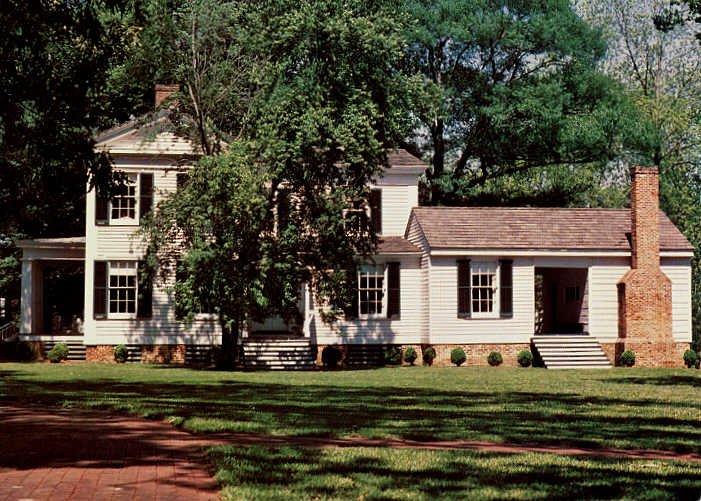 The first Liberty Hall was built by Thomas Kenan during the 1730s in Turkey, NC but a fire burned the plantation down in the 1790’s. Liberty Hall was rebuilt in the late 1790s by Congressman Thomas S. Kenan and relocated to its present location in Kenansville, NC. The town itself was named after Thomas Kenan and his descendants. Ownership of the plantation then passed the Owen Rand Kenan who served in the Confederate Congress from 1862 to 1864. The plantation’s main source of income came from timber, pinch tar, and turpentine and was maintained by slaves numbering from 20 to 50. Ownership of Liberty Hall then passed to Annie D. Kenan who went on to marry millionaire and Standard Oil cofounder Henry Flagler. After her death Liberty Hall was given to the Board of Education. In 1968 Liberty Hall became a museum and was opened to the public and was decorated in its original antebellum style.

The current Liberty Hall museum holds furniture, decorations, and personal items held by members of the family. It holds items such as the written account of Owen Hill Kenan who survived the sinking of the RMS Lusitania. The sword used by Major General James Kenan, who fought in the American Revolution, letters from President Cleveland to William Rand Kenan are also housed in the museum.

Kenan, Alvaretta. The Kenan Family and Some Allied Families of the Compiler and Publisher. Statesboro, GA: James Shields Kenan II, 1967.