Erected by the City of Rochester in 1984, this historical marker stands in the approximate location of the residence of Amy and Isaac Post. Throughout the mid-1800's the Posts were prominent members of the Abolitionist, Women's Suffrage, and Quaker Spiritualist reform movements in Rochester. From 1836 until Amy Post's death in 1889, the couple lived in the house which stood here. Frederick Douglass, Sojourner Truth, and Susan B. Anthony- all close friends of the Posts- are known to have visited their home on multiple occasions. The Posts also operated a station of the Underground Railroad out of their house, sometimes hiding as many as 20 escaped slaves a night.

This image depicts the exterior of the Post house in its original location on 36 Sophia Street. Source: Link #2 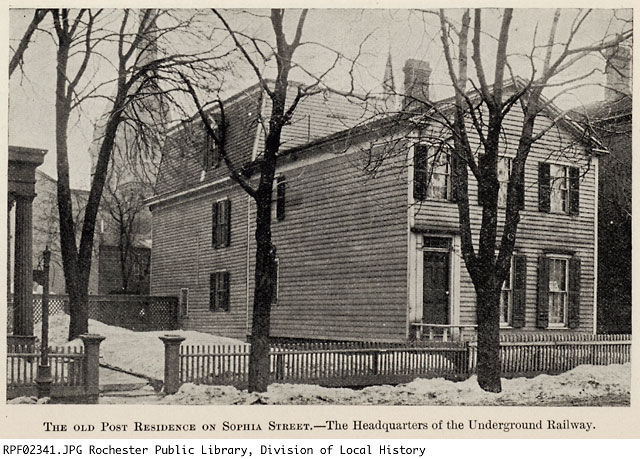 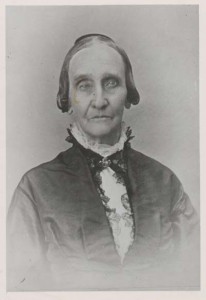 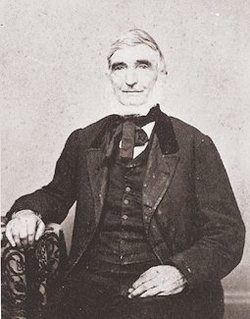 This undated photograph is of the parlor in the old Post Residence. The figures are unidentified. The image of the parlor is captioned, "In this room Douglass held meetings with his friends and planned the safety of runaway slaves." 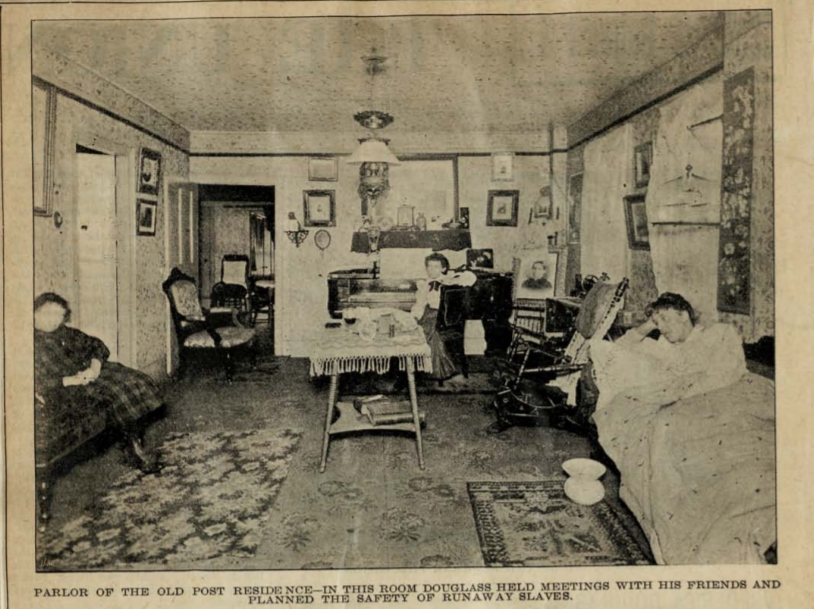 This undated photograph reveals the cellar in the old Post Residence. The figures are unidentified. The image is captioned, "The famous underground railway for the protection of escaping slaves." 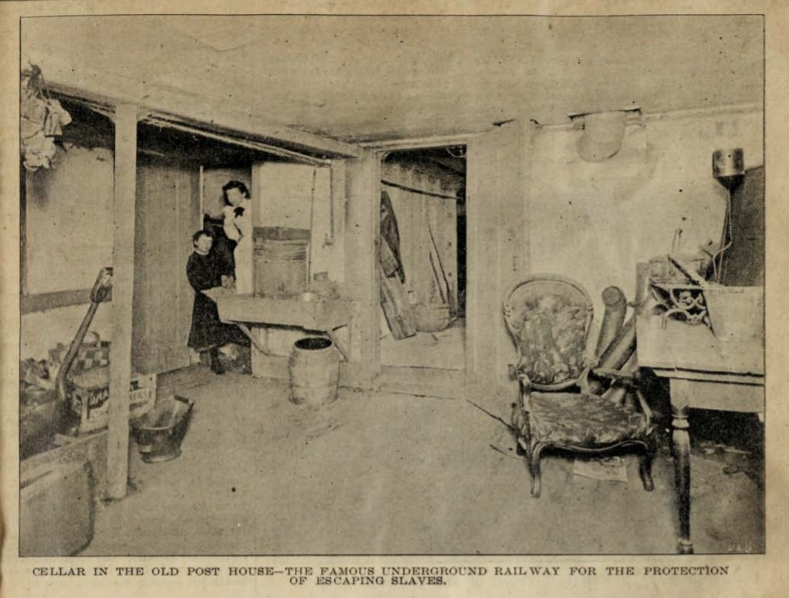 This historical marker represents the no-longer-standing Post Residence. The sign is located on approximately 60 Plymouth Avenue North (what was once Sophia Street), although the number of the house was 36 Sophia Street. 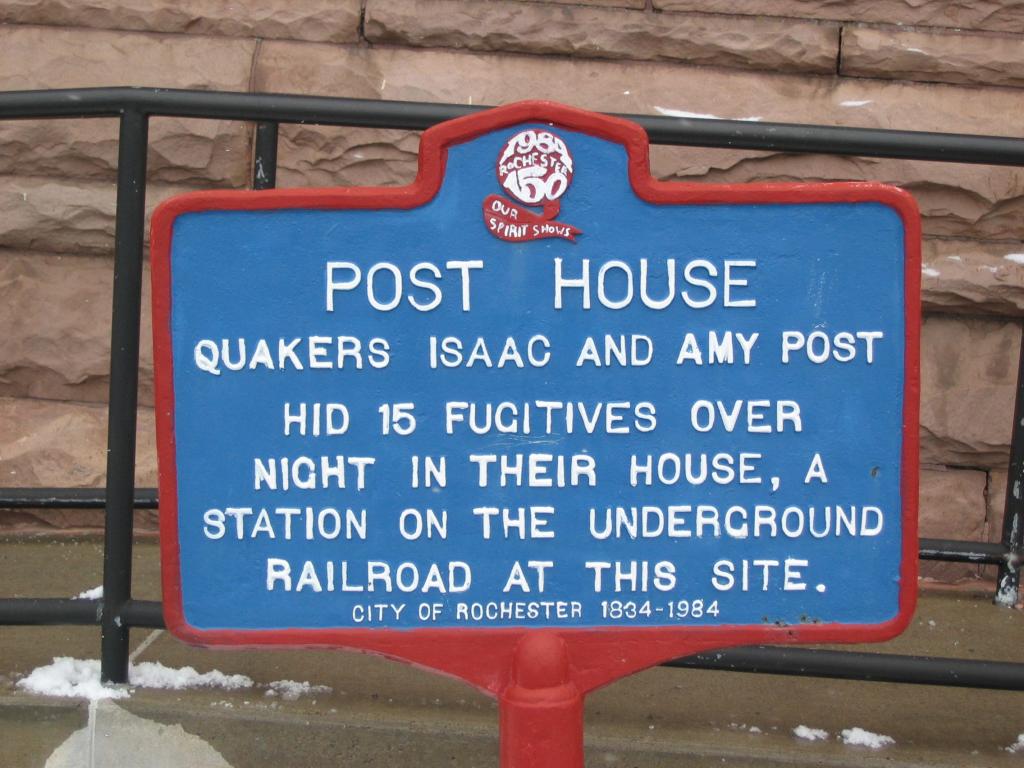 After marrying in 1828, Amy and Isaac Post relocated from Scipio to this location in Rochester in 1836. Isaac Post established a drugstore in 1839 which would provide financial stability for the Posts over the course of their time there. Both lifelong Quakers, the Posts were prominent members of the burgeoning Spiritualist movement that occurred during the mid-1800's. Their Quakerism also had a great deal of influence on their social and political beliefs. Shortly after arriving in the city, both Posts became heavily involved in the Abolitionist and Women's Suffrage movements. Beginning in the early 1840's, the couple opened up their home as a station for the Undergound Railroad. The station would become one of the most important in the northeast, providing an essential hiding place for escaped slaves travelling to Canada. On some nights the Posts would hide as many as 20 former slaves in the cellar of their house.

Their home also frequently hosted other leading figures in the movements. Frederick Douglass, William C. Nell, William Lloyd Garrison, Susan B. Anthony, Soujorner Truth, and Abby Kelley were some of the many close activist friends to the Posts and would visit or stay with them often. In fact, it was the Posts who convinced Frederick Douglass to move to Rochester and publish his Abolitionist newspaper 'The North Star' in 1847. A year later, Frederick Douglass accompanied Amy Post to the historic Women's Rights Convention at Seneca Falls fifty miles away. The Post Residence was also where Amy Post- frustrated by the local Quakers Society's disapproval of radical anti-slavery efforts- founded the Western New York Anti-Slavery Society in 1842. Membership was open to both men and women of any race and meetings were held regularly in the Posts' house.

After her husband's death in 1872, 70-year-old Amy Post was one of those who, alongside Susan B. Anthony, attempted to vote in the election. Although she was unable to cast her ballot (unlike Anthony), she did succeed in registering. The following year she attempted to vote again, but was again turned away. Amy Post stayed very involved in activism throughout the later years of her life, attending conventions across the country and founding new radical reform organizations in Rochester. On her 80th birthday in 1882, the Rochester community held a citywide celebration for Post's lifetime of progressive work. This later became a tradition that honored other Rochester activists Susan B. Anthony on her 70th birthday and Mary T. Gannett on her 75th birthday.

At the age of 86 in 1888, she was able to attend the largest women's convention in history at the time- the International Council of Women in Washington, DC. Post died one year later on January 29, 1889 at the age of 87. Her funeral was hosted at the Unitarian Society building. Following her death, the Central Presbyterian Church- located next to the former Post Home- bought the property on which the Post Home sat and expanded its building onto the land. Sometime in the subsequent years, the residence fell into disrepair and was torn down. In 1984, the City of Rochester erected a historical marker on the approximate location of where the house stood.