Built on the location of Rochester's first permanent residence, the Powers Building was completed in late 1870 after five years of construction. The nine-story office building was designed by notable local architect Andrew Jackson Warner and was the first large fireproof building in Rochester as well as the first building to have elevators. Daniel Powers, owner and namesake of the Powers Building, was determined that his building be the tallest and grandest in the city. Over the course of the next two decades, Powers had three mansard roof extensions and two towers added onto the existing building in order to keep its record height. In 1883, Powers also opened the historic Powers Hotel in a neighboring plot. 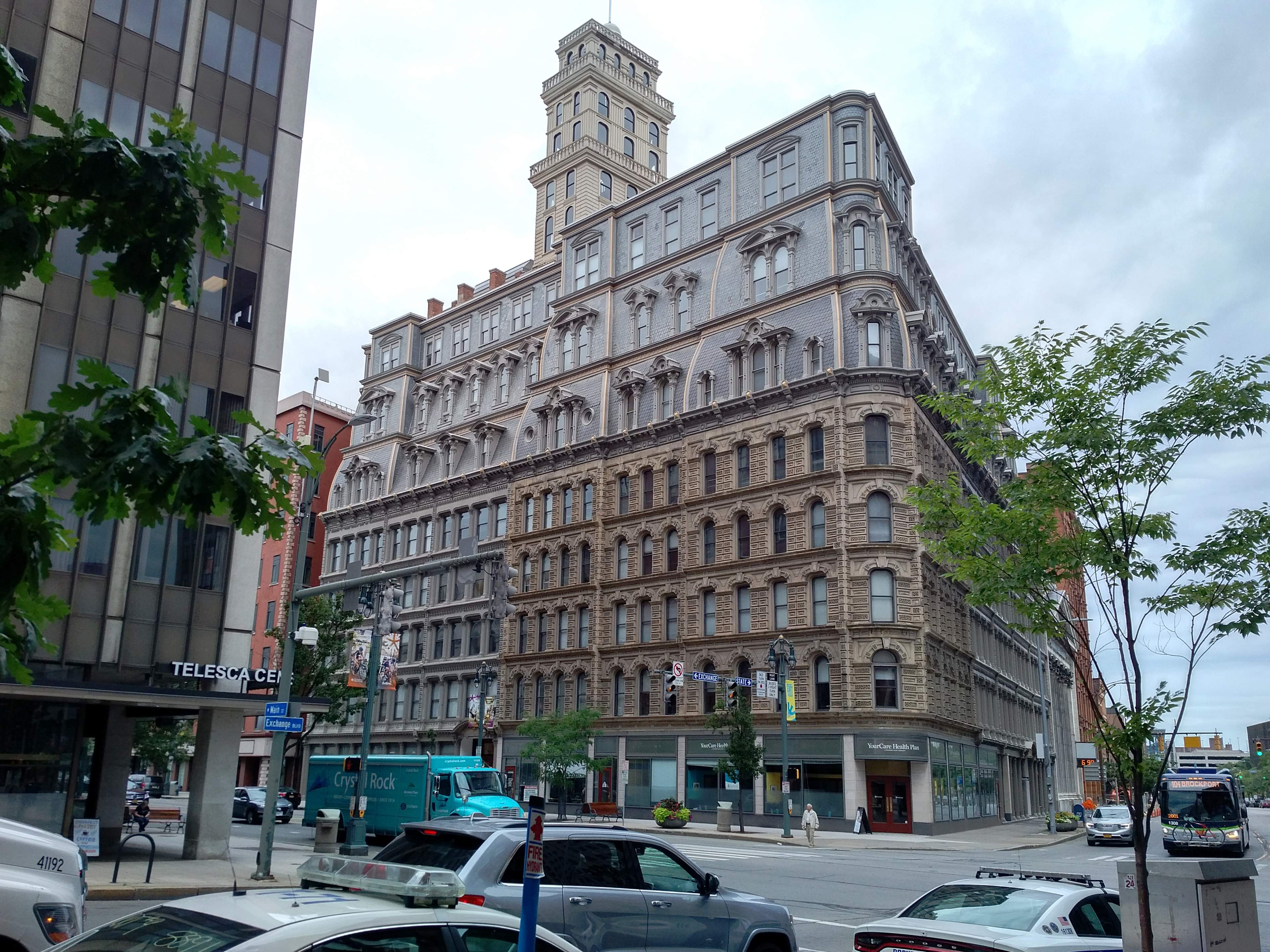 The Powers Building in 1904. The Powers Hotel is visible to the left behind the building. 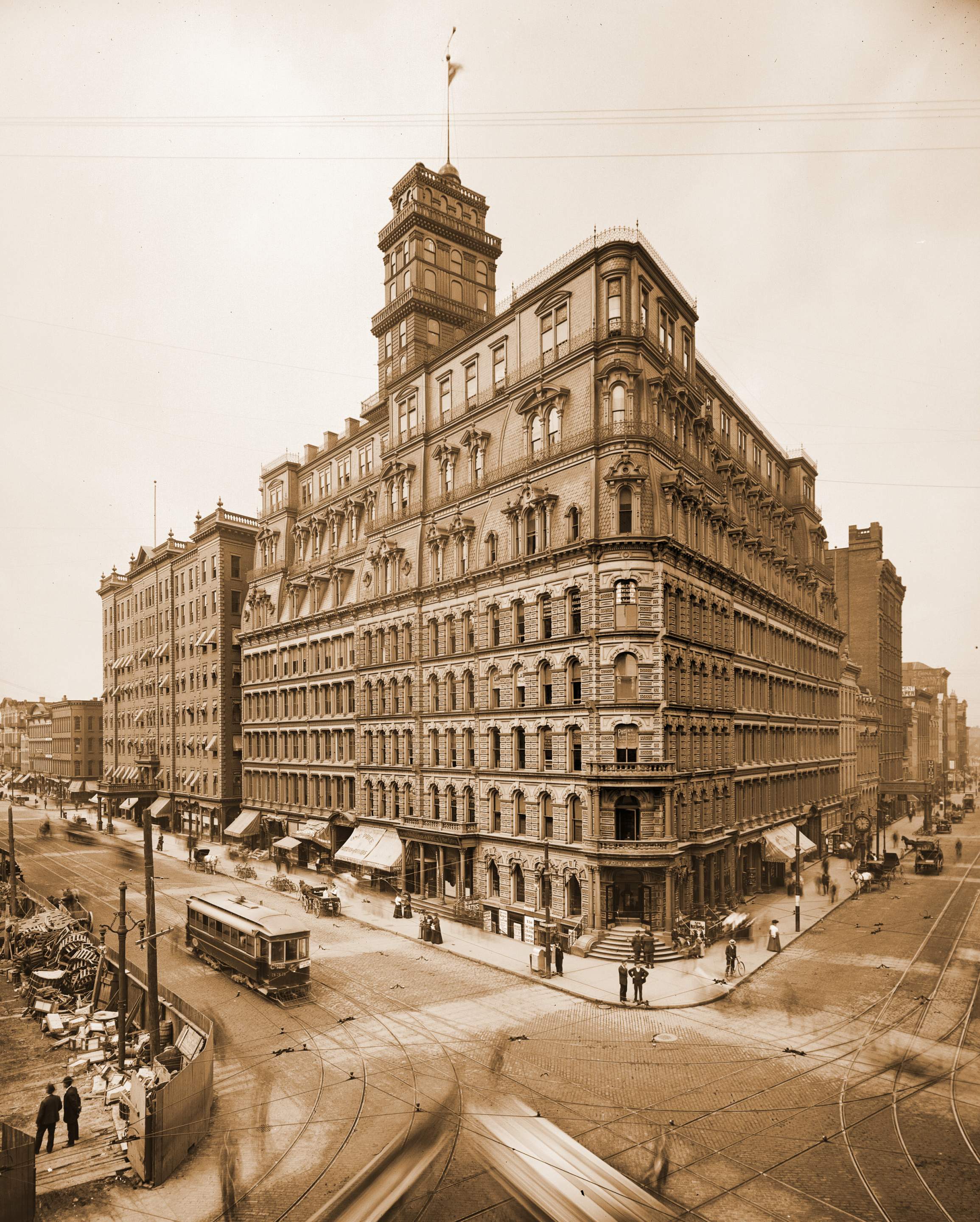 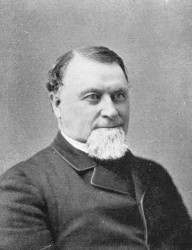 Brochure for the Powers Art Gallery, displayed in the upper floors of the Powers Building 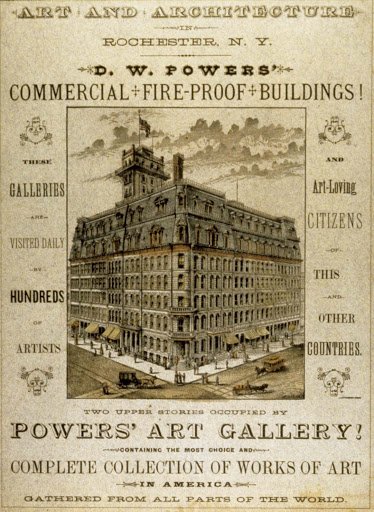 A former clerk at a local hardware store, Daniel Powers became a prominent member of Rochester's booming business community during the 1850's. Described by many as "larger-than-life", Powers was a successful banker and city leader, as well as a notable patron of the arts in Rochester. In 1863, Powers bought a large block of downtown real estate and, within five years, had razed every building on it. With his new development opportunities, Powers made an ambitious goal for himself. He was determined to own the tallest building in Rochester. Construction began in 1865 on the exact location of Rochester's very first permanent residence, a log cabin belonging to settler Hamlet Scrantom. After five years, the first iteration of Powers' grand new building was dedicated on January 18, 1871. Designed by local architect Andrew Jackson Warner in the Second Empire architectural style, the Powers Building was not only the tallest building in the city- it was the first large fireproof building and the first building to have elevators as well. With ten acres of floor space, it was also structurally massive for the time period.

However, the ornate, huge building was not enough for Daniel Powers. After a taller structure was erected nearby, Powers had both a two-story tower and an extension of the mansard roof added in 1872. Another roof was added in 1881, followed by a third in 1889. Powers' final addition to his building was in 1890, when a five-story tower was constructed on the roof.

The Powers Building was also home to the largest private art gallery in New York. Powers converted the entire fifth floor into a gallery to hold his expansive collection of works he acquired on various European trips. The public was admitted to the gallery at a cost of 25 cents. The rest of the building's floors were mainly used for office space. In the 1880's, Powers decided to construct a luxury hotel in a neighboring plot to the Powers Building. Completed in 1883, the Powers Hotel was opened to the public. Famous individuals such as Mark Twain, Babe Ruth, and Franklin Delano Roosevelt all stayed at the Powers Hotel during its existence. In February of 1895, when Fredrick Douglass’s body was being laid to rest, his family rested at the Powers Hotel in between the public viewing of Douglass’s body and the church ceremony.

Prior to his death in 1897, Daniel Powers intended to donate his art collection to the city- which would have made it the first publicly owned gallery in Rochester. However, when the city refused to supply tax breaks for the gallery, Powers withdrew his offer and most of the works were sold in New York auctions by his family. In 1973, the Powers Building was added to the National Register of Historic Places. The Powers Hotel closed in the mid-1900's and stripped of many of its defining architectural features. It was also added to the National Register of Historic Places in 2019.