Completed in 1896, this building was the third Rochester Courthouse building constructed at this location on 39 West Main Street. The building's cornerstone bears a plaque displaying the completion dates of the three courthouses- the first in 1822, the second in 1851, and the third in 1896. After the unveiling of the Frederick Douglass Monument on June 9, 1899, Governor Theodore Roosevelt hosted a public reception at the Rochester Courthouse building in celebration of the recently deceased abolitionist's life. In 1964, Rochester's court was moved to the Hall of Justice and this building was converted into the Monroe County Office Building. 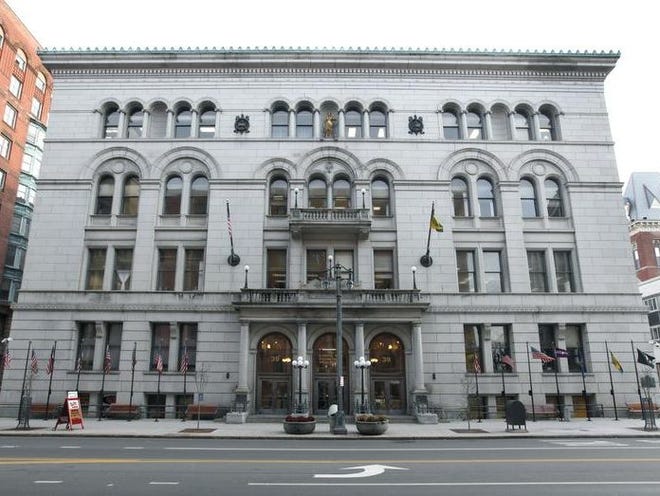 Former Rochester Courthouse after its completion in 1896 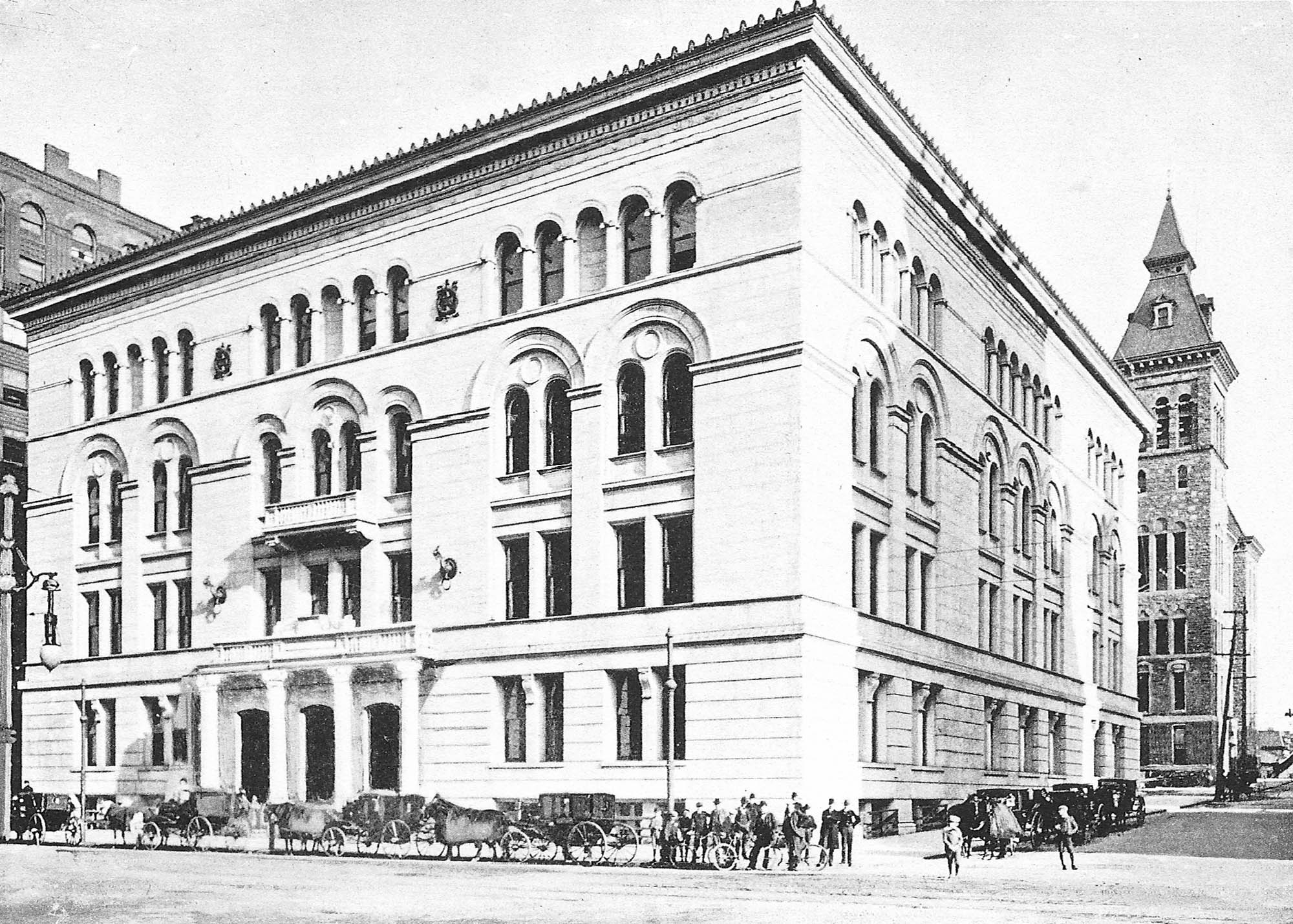 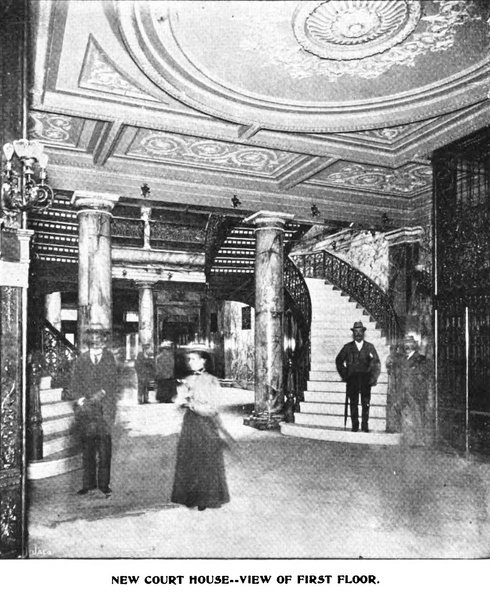 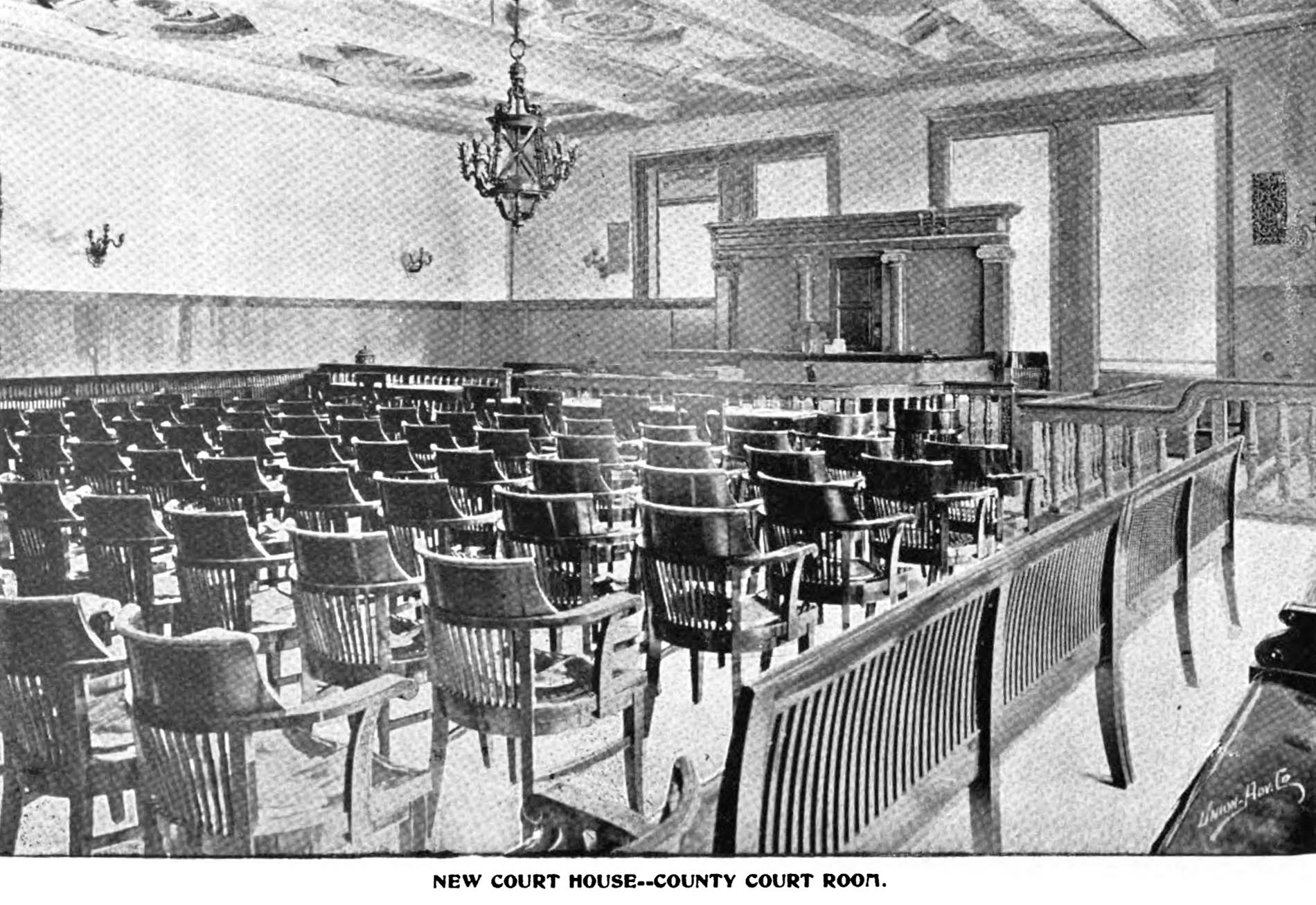 Rochester’s first courthouse was constructed at this location in 1822- a year after Monroe County was formed. The land was donated by Rochester’s founders- Colonel Nathaniel Rochester, Colonel William Fitzhugh, Jr., and Major Charles Carroll. The courthouse building was designed and built by Gideon Cobb, owner of the first brickyard in the region and one of Rochester’s first businessmen. In all, construction only cost $6,700. Accounting for inflation, this would be about $150,000 today. Besides holding the county court, the building was also used as offices for both Monroe County and the Village of Rochesterville.

Considered to be one of the country’s first “boomtowns”, Rochester doubled its population size during the 1830’s and 1840’s. To keep up with the area’s rapid growth, the first courthouse was razed and a larger second courthouse was constructed on the same location in 1851. This time the building cost $76,000- over 2.5 million dollars in today’s money. With its foundation, staircase, pavement and columns all made entirely of Onondaga Limestone, the new courthouse building was viewed as an architectural triumph and a great source of pride for the community.

Population growth in Rochester during the 1890’s again demanded that a bigger courthouse be built. On July 4th of 1894, the cornerstone for the building was first laid. Construction on the four-story marble and granite courthouse lasted for two years and cost $881,000. This would be the current equivalent of over $26.6 million- a testament to Rochester's enormous industrial growth during the 1800's. The building was designed by famous Rochester architect, J. Foster Warner in the Italian Renaissance style which was popular during that time period. An addition to the rear of the building was made in 1924.

This third Rochester Courthouse building served as the space where Governor Theodore Roosevelt held a public reception on June 9, 1899 after the unveiling of the Frederick Douglass monument. The reception celebrated the life and activism of Douglass, who died four years prior. A grand piano was brought to the second floor to supply music for the event.

In 1964, the city’s courthouse was moved to its current location, the Hall of Justice. After this move, the building was repurposed to house the Monroe County Offices, which still reside there today. A plaque placed on the building’s cornerstone honors its history as a courthouse and includes the dates of all three former courthouses which were built at the location.