This house was the first home Frederick Douglass bought in Rochester. Douglass likely lived here from 1847 until the purchase of his next home in 1852. Douglass’s relationship with his neighbors is recounted in local newspapers, including the North Star- an abolitionist newspaper that Douglass edited while living here. The Douglass family used this home as a stop on the underground railroad, along with the other homes he owned in the area. This is also the home where Frederick Douglass’s wife, Anna Murray-Douglass, decided she would not receive a formal education since she saw more personal value in tending the home. The home burned down in 1954 and was later turned into a parking lot. A historical marker was installed here on November 5, 2018. 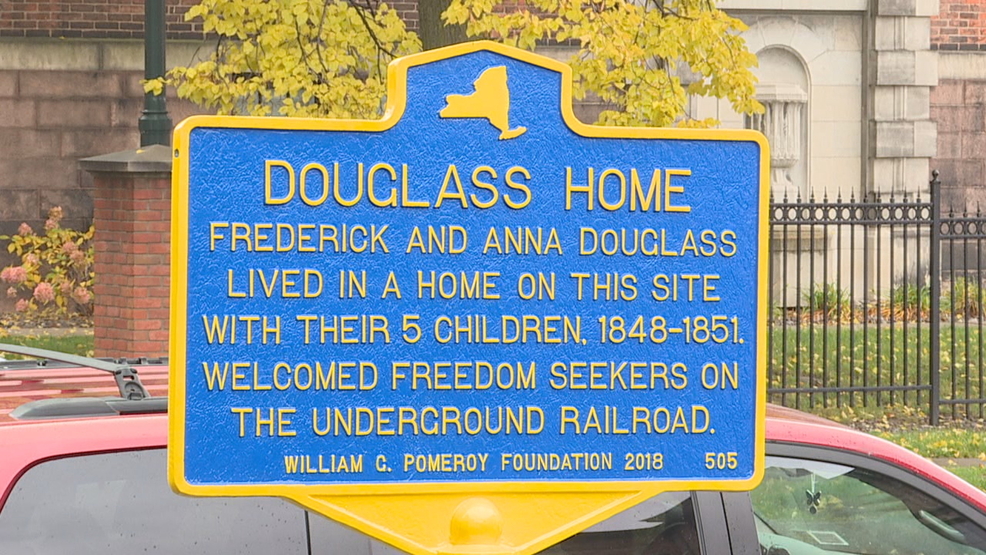 The former Douglass Home in 1936 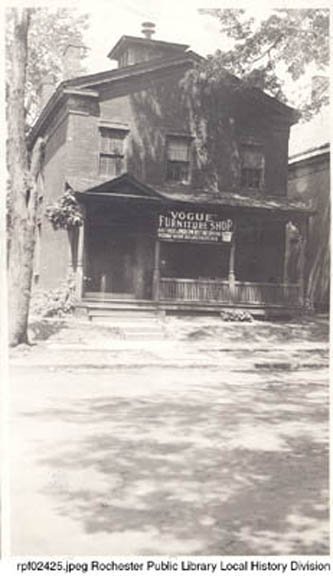 Newspaper article written in April of 1895 by Jane Marsh Parker, a friend of Frederick Douglass. The article details Douglass's move to this house in 1847. 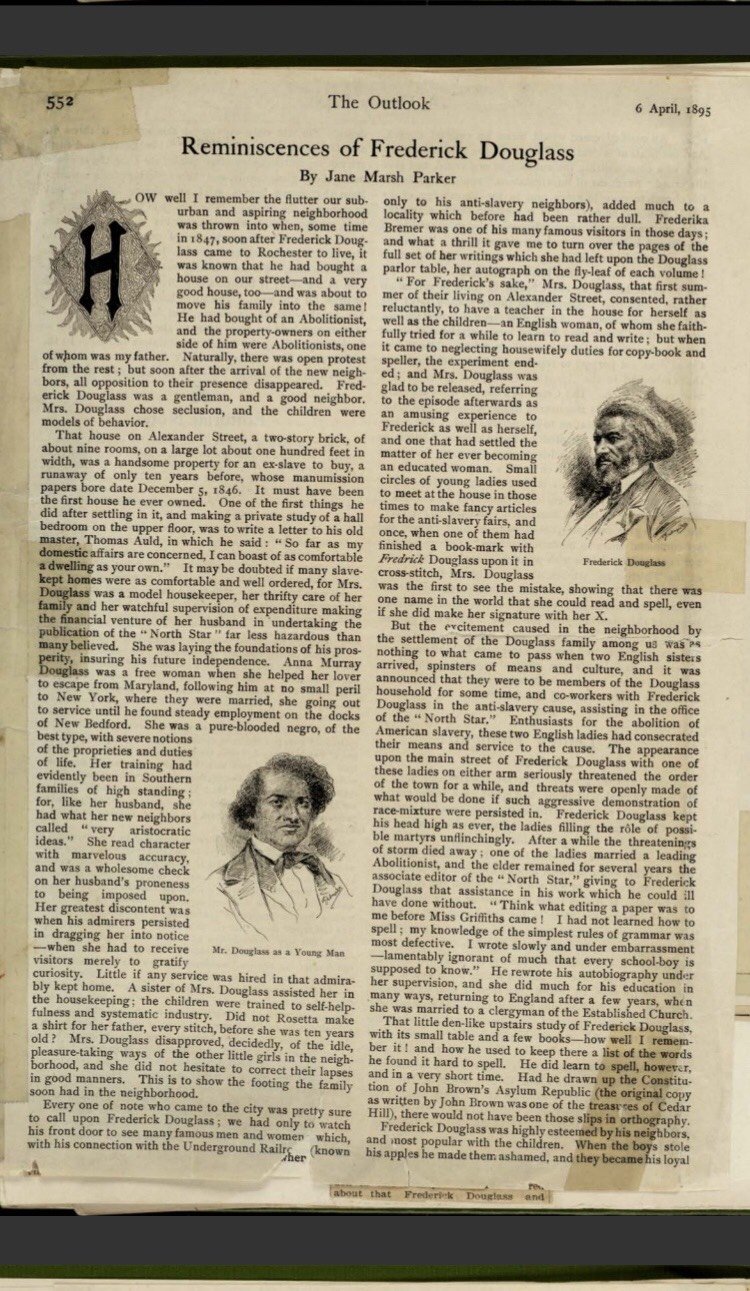 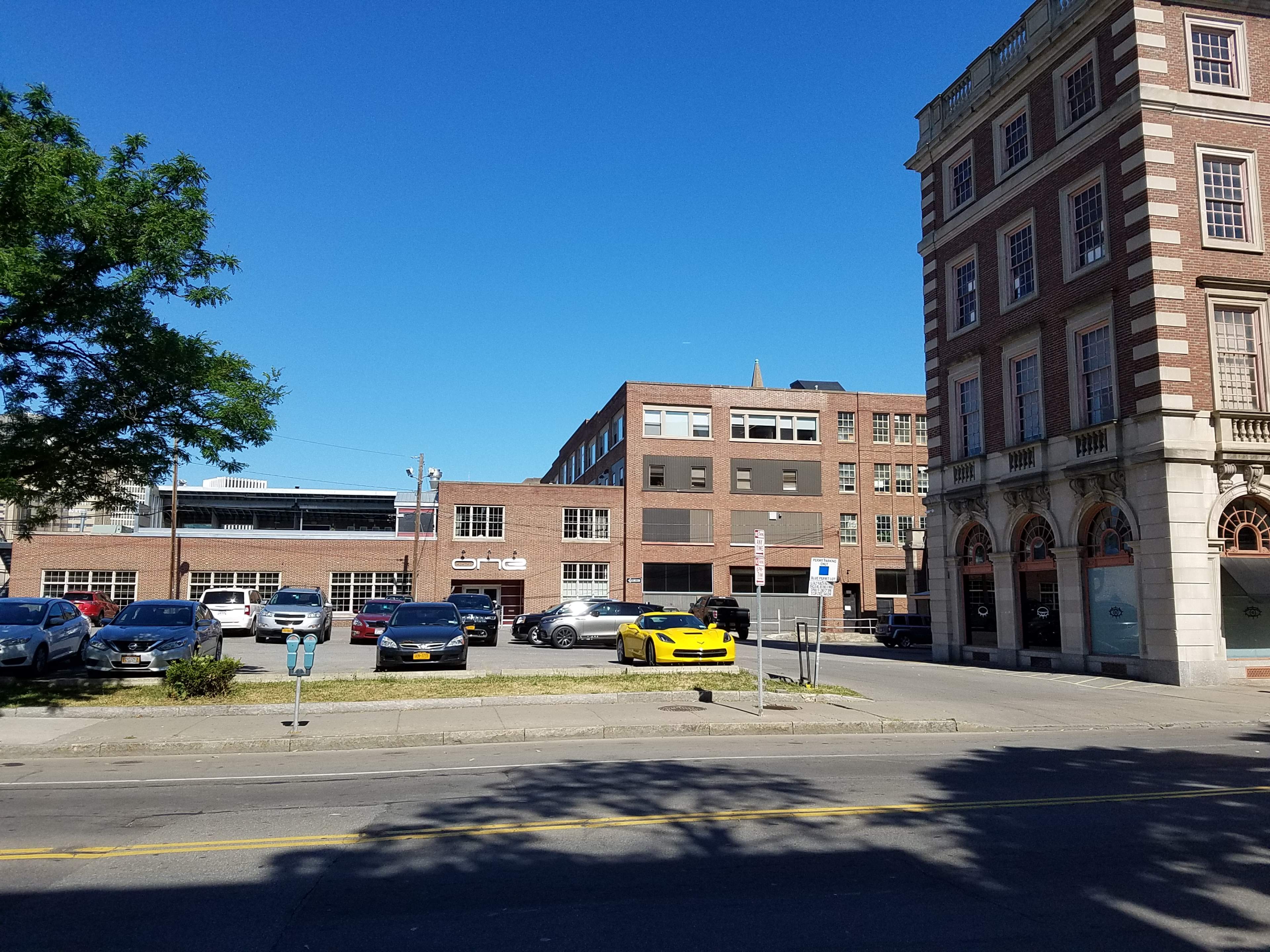 Shortly after he returned from a speaking tour in Europe, Frederick Douglass made the decision to move with his wife and their four children to Rochester in 1847. The house they chose was located on Alexander Street, only half of a block away from Rochester’s Main Street (now known as East Avenue). The property was owned by a jeweler and abolitionist named John Kedzie, and its sale was facilitated by Adventist publisher Joseph Marsh, who would later work in the same building as Douglass. Both residents on either side of the Douglass home were white abolitionists who welcomed the prominent anti-slavery orator with open arms. Other nearby property owners, however, complained to city officials about the black family’s moving in.

The complaints were to no avail and the Douglasses lived happily at the home as Frederick Douglass began publishing his anti-slavery newspaper The North Star from a local AME Church. During these early years of his residence here, Douglass also became heavily involved as a leader of Rochester’s sizable progressive movements- particularly those of Abolitionism and Women’s Suffrage. Anna Murray-Douglass, his first wife, decided while living at their first home that she would dedicate herself to the role of homemaker- a position that she struggled with at times, as her husband left her alone for long stretches as he traveled and worked.

The Douglass Home on Alexander Street also served as a stop along the Underground Railroad. As one of the Railroad’s essential members in the Rochester region, Douglass often hosted planning meetings in his study upstairs. Then on September 18, 1850, Congress passed the Fugitive Slave Act, making it illegal to assist escaped slaves in any capacity. Understanding the new risks of operating an Underground Railroad stop in a tight-knit residential area, the Douglasses moved to a secluded farm south of Rochester the following year. Only accessible from a private road, the new residence was perfect for helping escaped slaves on the route to Canada. Today, the site of the Douglass’s second Rochester home is now a public elementary school which was recently named the Anna Murray-Douglass Academy.

Frederick Douglass retained the Alexander Street property for many years, however, and only sold it when the Douglass family moved to Washington D.C. in 1872. During the 20th century, the building would be used as headquarters for a community mission, and then as a furniture store. Sadly, the former Douglass Home burned down in 1954 and was shortly thereafter replaced with a parking lot. For years, the location of Frederick Douglass’s first Rochester house was unknown. However, in 2010 the Landmark Society of Western New York determined through the use of archival research that 297 Alexander Street is where the historic home once stood. On November 5, 2018, a historical marker commemorating the site’s significance was placed by the City of Rochester.