This building is the headquarters of the Onondaga Historical Association (OHA), and the site of its flagship museum, research center, and gift shop. The museum contains both permanent and temporary exhibits, which present the distinct and diverse history of Onondaga County to the public. Permanent exhibits here explore the settlement and foundation of Syracuse and Onondaga County, the role the city played in the Underground Railroad, and the history of Syracuse China company, which produced fine dinnerware for over 130 years. The association houses a large collection of 3D and 2D objects that number well over a million items, including typewriters, lanterns, washing equipment, Syracuse China, clothing, and a daguerreotype (an early photograph) of Frederick Douglass. Outside of this site, the OHA collaborates with other organizations to display exhibits throughout downtown Syracuse and Onondaga County. 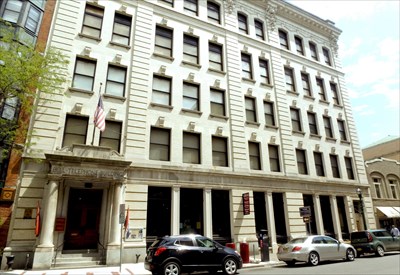 An exhibit inside the Historical Museum 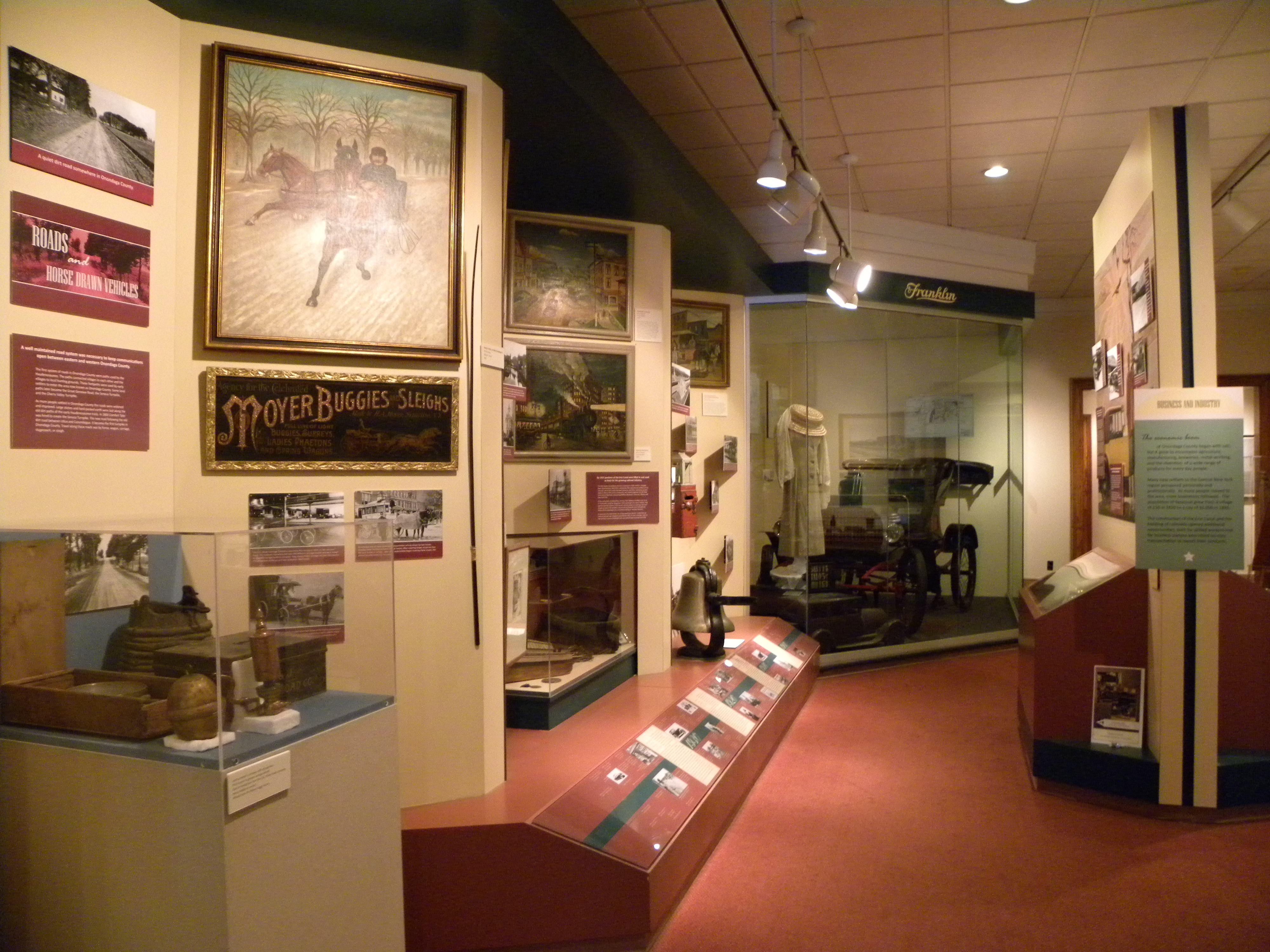 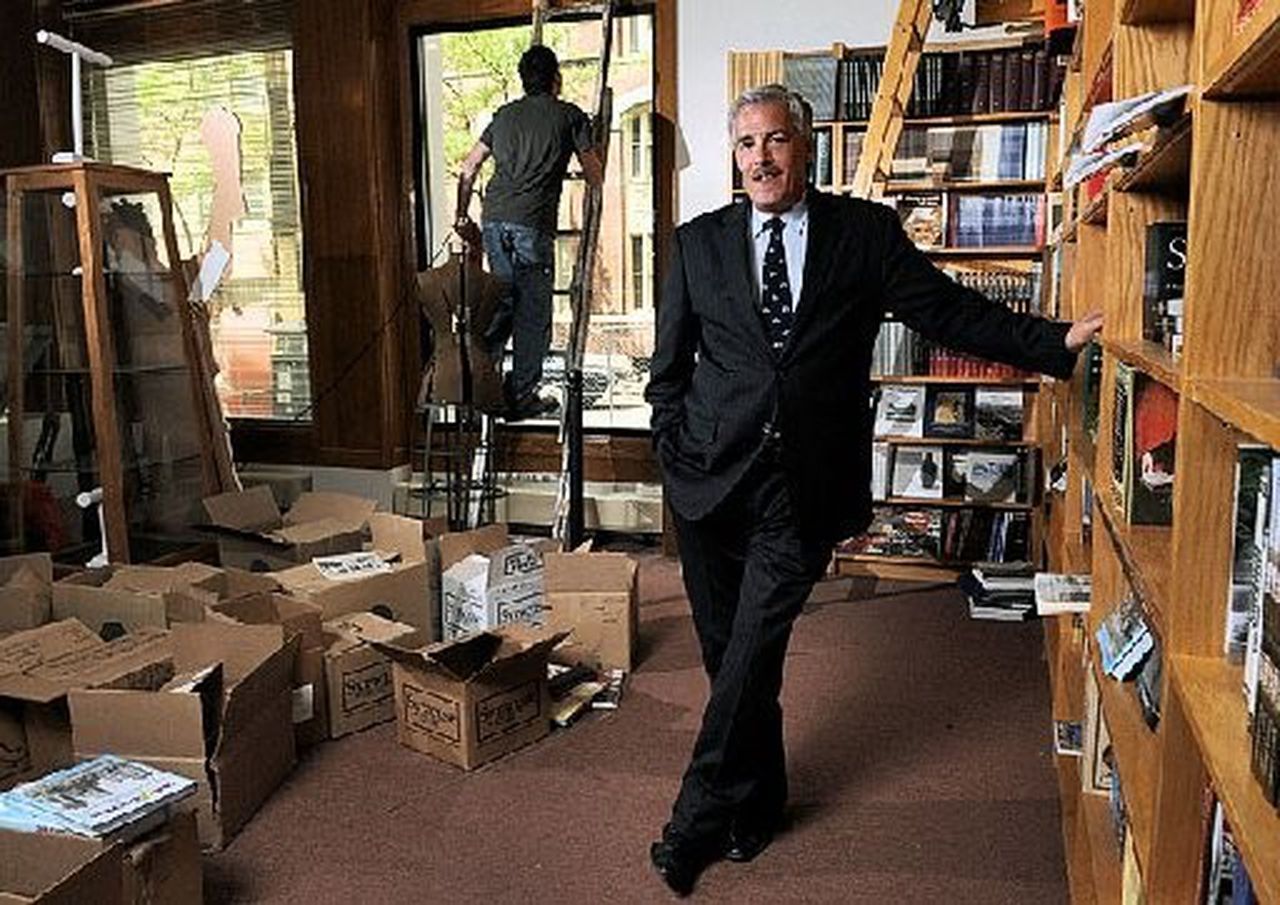 The building as it looked in 1983, when it was acquired by the OHA The building in its early years, when it belonged to the CNY Telephone and Telegraph Company 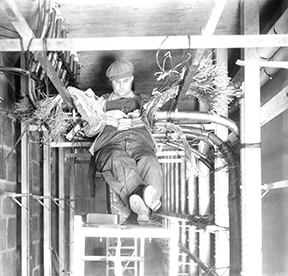 Female employees operating the switchboard, the largest of its kind within the Bell Telephone Company 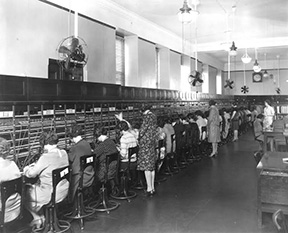 The history of this building is interwoven with the development of the telecommunications industry in Syracuse. In 1899, the Central New York Telephone and Telegraph Company moved its central office from the Wieting Block to a five-story building at 311 Montgomery Street. However, due to the increasing popularity of the telephone and the corresponding growth of their business, the company was soon in need of an even larger headquarters. Construction of a new building began in 1904, just a few doors down the road at 321 Montgomery Street. This land had previously been the location of several homes, one of which had been designed and resided in by the famous architect Horatio Nelson White.

The CNY Telephone and Telegraph Company transferred to this new building once construction was complete in 1906. The five-story structure, an example of the Second Renaissance Revival style popular at the turn-of-the-century, was the first building in the region designed specifically for telephone operations. Originally U-shaped, a fourth section was added to the rear near the beginning of World War I, as the rapidly expanding company required even more space. Each floor had its own specific function (Auditing, Contact, Engineering, etc.), and the building included a kitchen and a “retiring room” where employees could relax. The center of activity was the switchboard, which was operated by female employees and was the largest of its kind within the Bell Telephone Company. 321 Montgomery Street housed the CNY Telephone and Telegraph Company until the 1980s (and even doubled as a fallout shelter during the Cold War), when the company was again forced to relocate due to insufficient space.

The Onondaga Historical Association, which had previously purchased the CNY Telephone and Telegraph Company’s old headquarters at 311 Montgomery Street in the early 1900s, bought this property as well in 1983. The OHA had been officially chartered in 1863, with the purpose of “collecting and preserving historical, genealogical, scientific, and literary material” relating to Onondaga County. After a challenging period in the 1870s and 1880s, when the organization had to suspend its activity due to financial instability, it finally started to gain a foothold in the community. During the 1890s, the group founded the Historical Club, began publishing its Local History Leaflet, and played a major role in the Onondaga County Centennial Celebrations of 1894.

The OHA continued to grow throughout the 20th century, and when it acquired 321 Montgomery in the 1980s, it had two separate properties to house its offices, collections, museum, and research center. The group finally sold the 311 Montgomery property in the early 2000s, and since then has operated solely out of this building. In 2008, due to the deteriorating and increasingly deserted downtown environs, the OHA considered relocating to a more suburban location. However, Gregg Tripoli, the OHA’s executive director, decided to remain at 321 Montgomery, and spearheaded several changes over the next few years. After renovating the building’s façade, expanding the museum’s exhibit space and gift shop, and continuing to collaborate with organizations throughout the community, the OHA held a Grand Re-Opening ceremony in the summer of 2011. The organization, founded during the Civil War and housed in a building more than a century old, remains a vital hub of historical preservation and community engagement in Syracuse and Central New York.