The White Horse is an 18th century Georgian style former inn and tavern built of red sandstone. Its origins date back to c. 1727 when a Swedish immigrant first built an inn along the banks of the Schuylkill River. It served as a mustering site for the local Revolutionary War militia and was visited by George Washington on more than one occasion. It was later expanded and eventually converted to apartments in the late 19th century. It was acquired by the Historic Preservation Trust of Berks County (HPTBC) in 1971 and gradually restored to its 18th century status. It is now part of the larger Morlatton Village Historic District and was added to the National Register of Historic Places in 1975.

The White Horse Tavern with informational placard in the foreground. 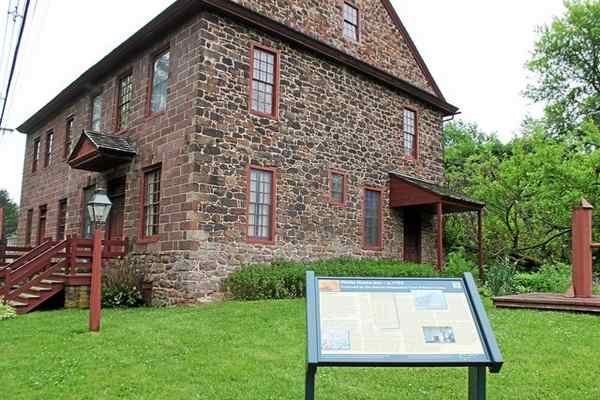 The White Horse has stood along the banks of the Schuylkill for over 250 years. 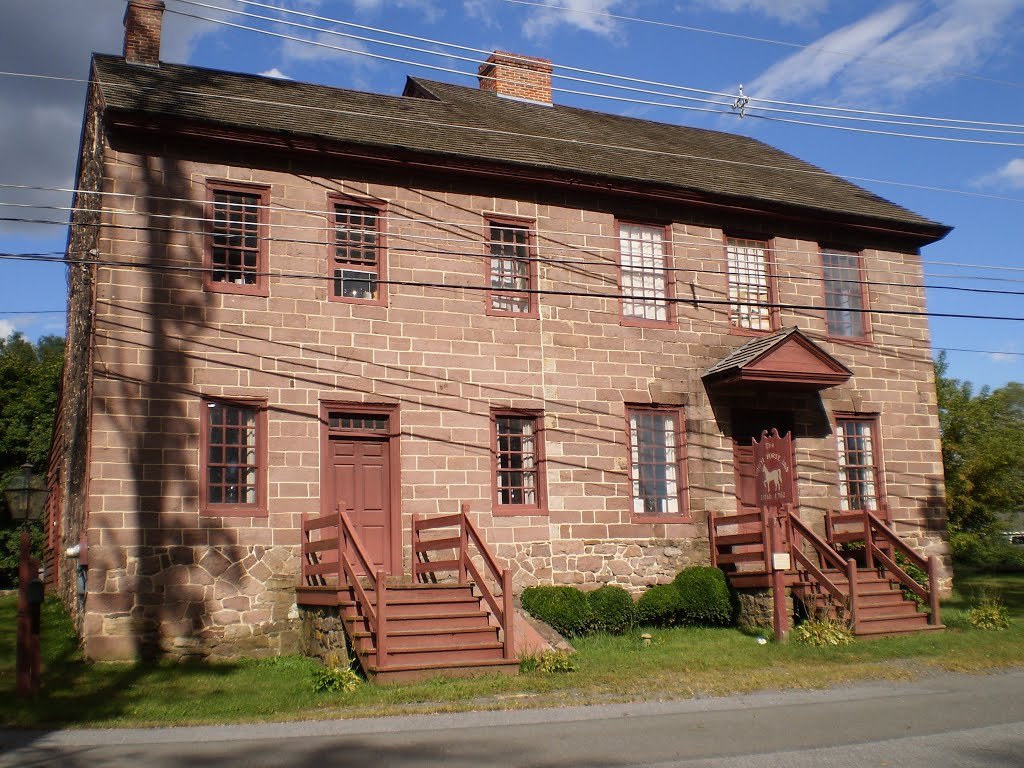 The period interior of the White Horse. 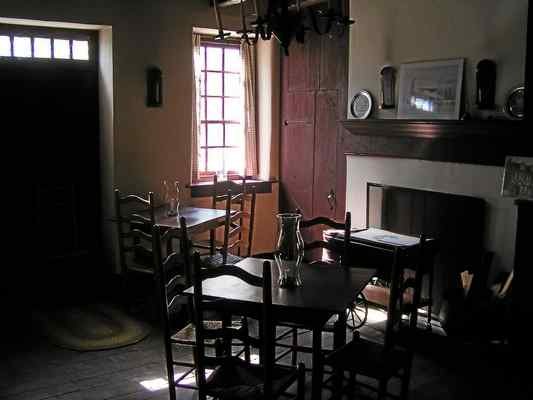 An on-site map of Morlatton Village. 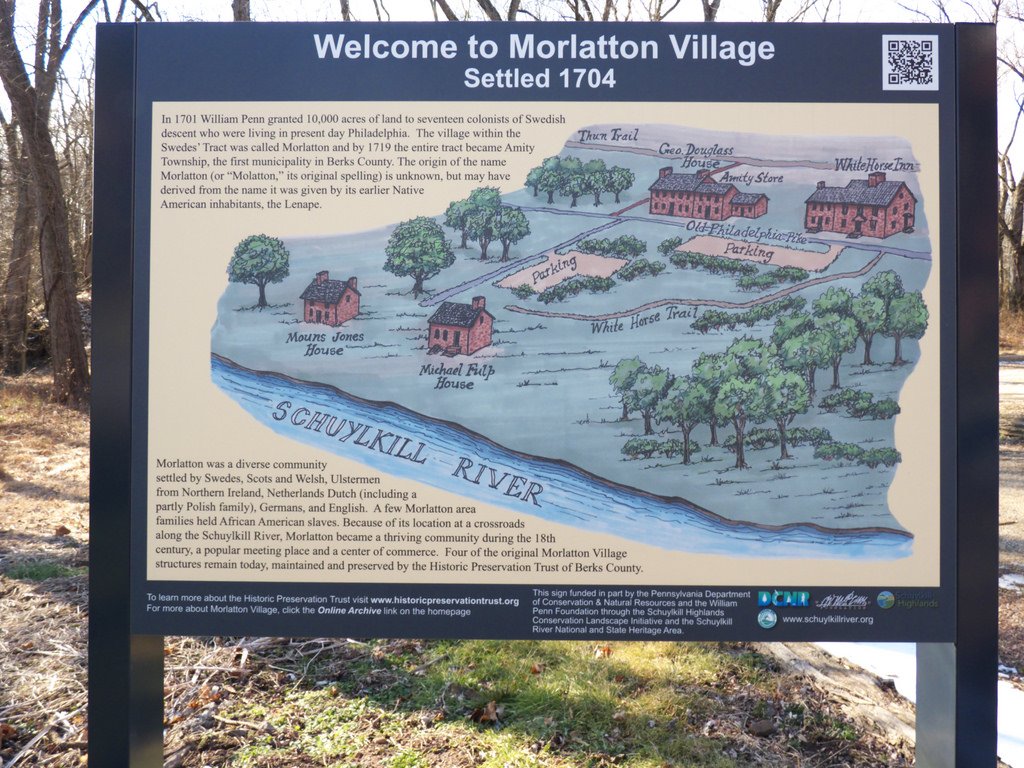 There is some discrepancy regarding the origins of the White Horse Tavern.  The form used to nominate the tavern for inclusion on the National Register of Historic Places lists 1765 as the tavern’s construction date.  However, the HPTBC sites the year c. 1727 as the origination date of the tavern, a difference of almost 40 years.  Perhaps the first tavern was built c. 1727 and was rebuilt in the early 1760s after George Douglass purchased it.  According to the HPTBC, the land (1,000 acres) that would later be home to the tavern was purchased by Justa Justasson in 1701.  Marcus Huling then purchased 200 acres from Justasson in 1717 and built the tavern about a decade later.  Huling chose the location as it sat near a major intersection and ford across the Schuylkill along the road that connected Reading and Philadelphia.  By 1751, the Pennsylvania Gazetteer described the location as a “thriving inn”.

Huling died in 1757 and the inn and land passed to Philip Craesman then to Sam Cookson before being acquired by George Douglass, the nearby town’s namesake, in 1762.  Douglass hired a series of innkeepers to manage the tavern.  George Douglass Jr owned the tavern until his death in 1833 when it was passed to his daughter, Elizabeth Buckley.  Her descendants owned it until 1944 and it was one of them who converted it into a 3-family residence in the late 19th century after major renovations.  Its five fireplaces were removed as was its portico above the main entrance.  Also, its wooden shingle roof was replaced with one of tin.  The structure was eventually sold to the HPTBC in 1971.  It then suffered severe flood damage as a result of Hurricane Agnes in 1972 when water from the swollen river lapped over ten feet up its walls.  The Trust then spent over a decade restoring the historic inn and tavern.

Over the centuries, the tavern has witnessed Revolutionary War volunteers mustering outside it doors, election and political meetings and celebrations, numerous sheriffs’ sales and meetings of the Society for the Prevention of Horse Thievery.  It was visited by President Washington on two separate occasions, once in 1793 after a severe yellow fever outbreak in Philadelphia and the government sought a potential temporary capital and again in 1794 on his way to suppress the Whiskey Rebellion in Western Pennsylvania.

Today, the White Horse is part the historic Morlatton Village and can be toured from April through October and is available for meetings and celebratory events.