Following the Civil War, white and black Americans who were concerned about the plight of former slaves worked through groups such the American Missionary Association (AMA). Given the refusal of many communities to provide adequate public schools, especially for African American children, the AMA worked to create their own schools. Established in 1871 by the AMA, Dorchester Academy began as a one-room schoolhouse and served young children as well as adults who had spent their lives in bondage. By the early 1900s, the school had expanded and served two to three hundred students. During the civil rights movement, Dorchester Academy hosted black leaders such as Martin Luther King, Jr. It was also one of the local headquarters for Citizen Education Workshops that worked to educate and register prospective voters. 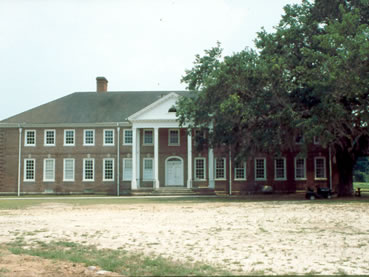 The academy was founded by the American Missionary Association and began teaching African American youth in the late 1800s. Dorchester Academy became nationally important in 1956 when it began to develop the Citizenship Education Program, training the educators who would establish 897 citizenship schools throughout the South. The graduates of this program learned the importance of citizenship and education, and contributed directly to the Civil Rights Movement. The building currently houses the Dorchester Academy Museum of African American History.

Most National Register properties are privately owned and not open to the public. Please respect the privacy of owners if you visit. (If this site does have opening hours, please let us know by submitting a comment below.)