Randalls Island Park is located on an island in the East River between Queens, East Harlem, and the South Bronx and Astoria neighborhoods of New York City. The park consists of 480 acres and hosts sporting events, recreational activities, and concerts. The park also offers walking trails and several historical markers. Prior to 1960 when the channel between Wards and Randalls island was filled in to create a single island, this area was home to public facilities such as a hospital, a boys home, and in previous year, a home for Civil War veterans. 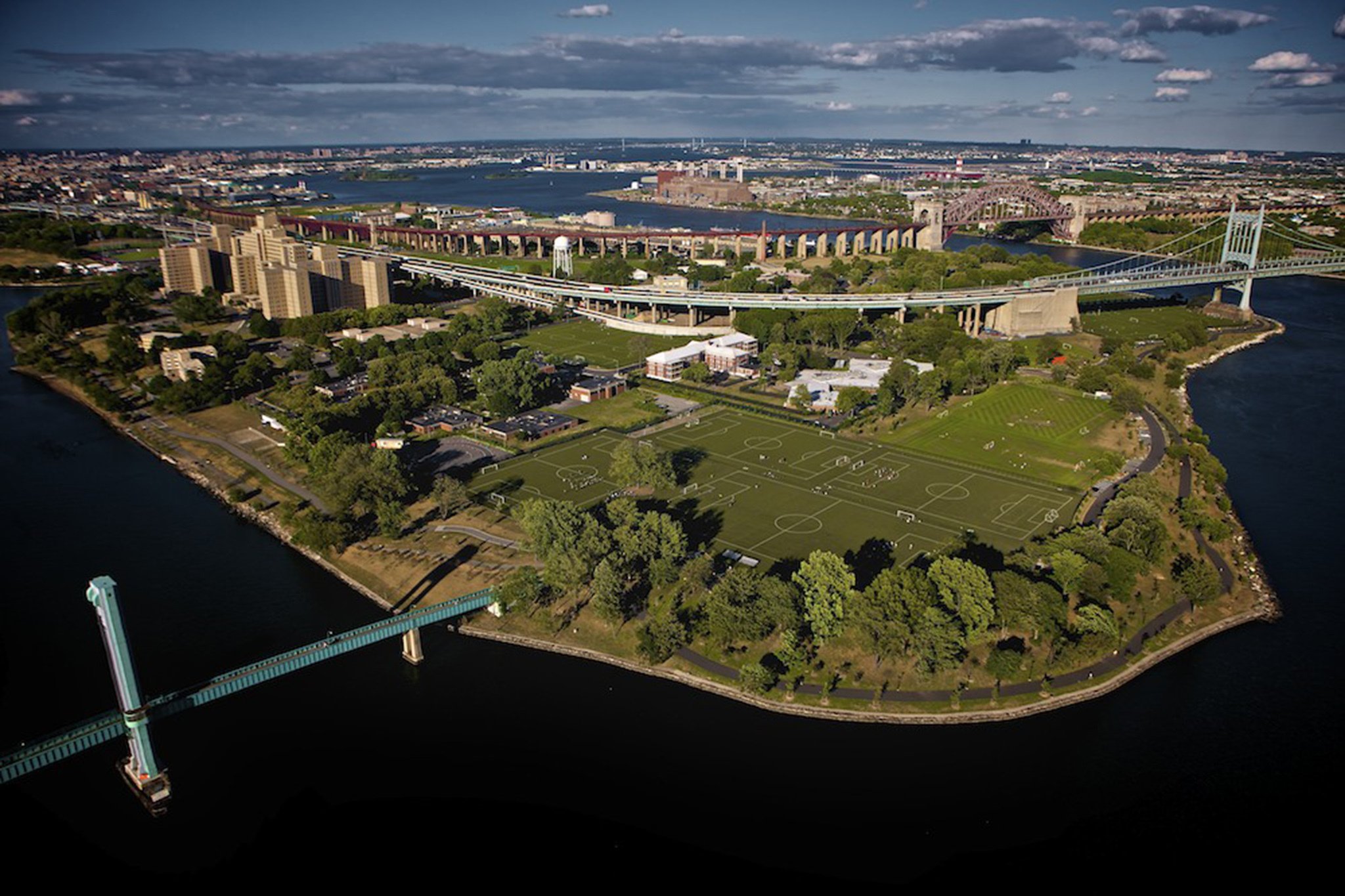 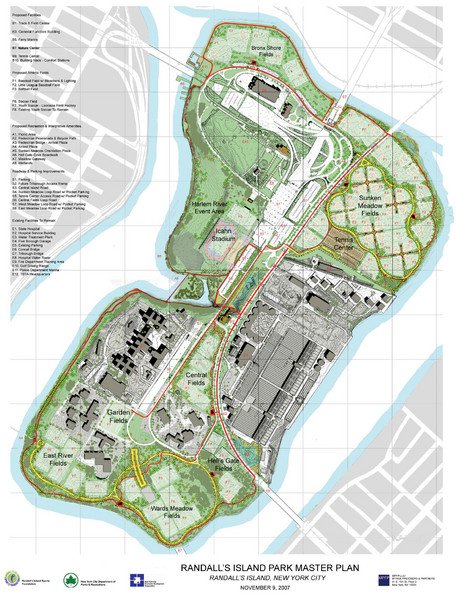 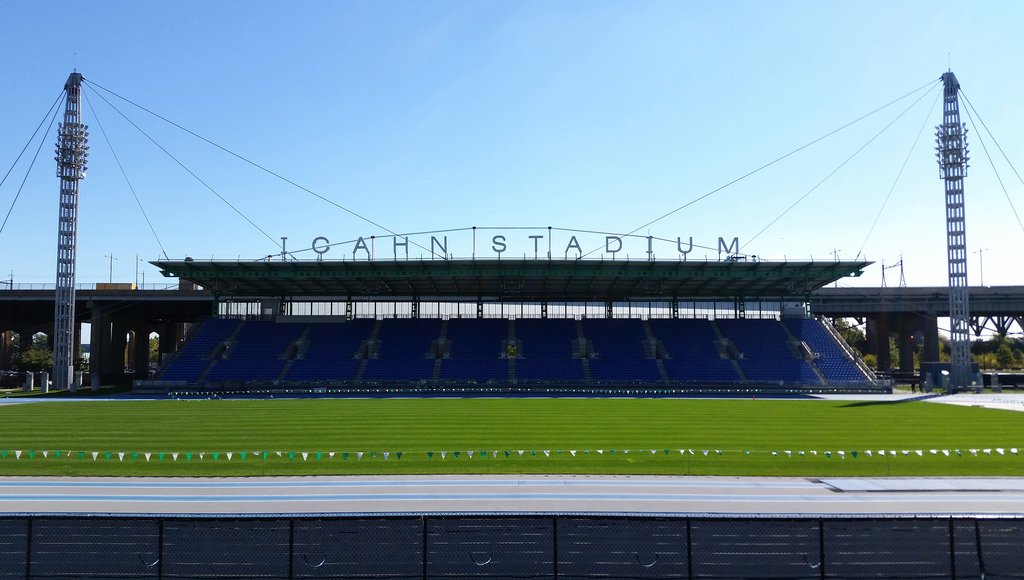 The Discus Thrower Statue located at the entrance of Randall's Island Park. 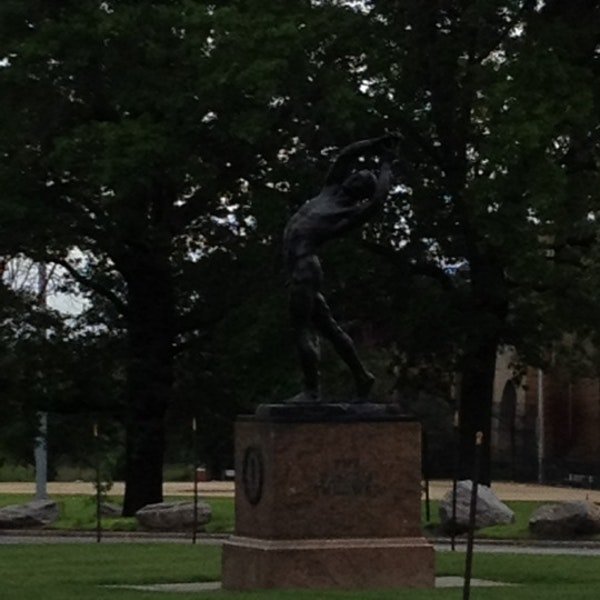 In 1784, Jonathan Randel purchased the island which would later be known by a variation of the spelling of his name. In 1807, Bartholemew Ward and Phillip Milledoler built a bridge connecting Wards Island to Manhattan after receiving authorization from legislature. The bridge was the first bridge to cross the East River but was then destroyed in a storm in 1821. In 1835, the City of New York purchased Randall's Island for $60,000 from the heirs of Jonathan Randel. From the years 1843 to 1847, the City began institutional uses of Randall's Island including the transfer of pauper's graves from Madison Square Park and Bryant Park potter's fields. The area would also become the location of an almshouse, a children's hospital, and the State Emigrant House of Refuge for sick and destitute immigrants.

In 1851, the City of New York purchased Wards Island. From 1852 to 1916, Randall's Island became home to an asylum for the mentally ill, a homeopathic hospital, the House of Refuge for juvenile delinquents, the Inebriate Asylum. The Hell Gate Bridge and railroad trestle was built in which allow trains to get from Queens to the South Bronx and remains the longest steel arch bridge in the world. From 1929 to 1933 , The City constructed the Triborough Bridge and transfers ownership of the islands to the Parks & Recreation Department to clear the islands of institutions and use solely for recreation, transforming the park into a municipal park.

From 1935 to 1936, the original children's hospital was evacuated and the House of Refuge demolished. These institutions were replaced with dozens of ball fields and tennis courts and Triborough Stadium (later named Downing Stadium).A bronze statue called The Discus Thrower was relocated from Central Park to the entrance of Triborough Stadium (this sculpture was later relocated to the Park's entrance in 1999). Both the Triborough Bridge and Stadium were opened with President Roosevelt, Robert Moses, and Olympic Committee President Brundage in attendance. On that same opening day, the final Olympic Track & Fields Trials were held here and Jesse Owens won the 100-yard dash prior to his historic gold medal finish at the 1936 Berlin Olympics.

From 1938 to 1991, the Carnival of Swing memorial concert was performed in honor of composer George Gershwin on Randall's Island. The Wards Island Pedestrian Bridge was built in which provided access tot he Park for Manhattan residents. Triborough Stadium was renamed John J. Downing Stadium in honor of the former Director of Parks & Recreation and president of the Metropolitan Amateur Athletic Association.  Downing Stadium hosted the Women's Olympic Track & Field Trials along with the U.S. national Track and Field Championships hosted a few years later.

The Island's 480 acres contain a long and colorful history in which makes it the beloved Park it is today, welcoming New Yorkers and visitors to its shores. Recreational activities and site-seeing opportunities and the work of the Randall's Island Park Alliance make this park well-worth a visit.