Currahee Military Museum is located in the newly remodeled train depot in historical downtown Toccoa, Georgia. The museum is dedicated in preserving the legacy of the 501st, 506th, 511th, and 517th Paratrooper Infantry Division that trained at Camp Toccoa and served during World War II. In the museum, you will find memorabilia such as, WWII weapons, uniforms, medals, letters, paratrooper gear, and pictures from these men and their families. In addition, an original horse stable is one of the more popular displays featured at the museum. This stable housed members of the Parachute Infantry Regiments before and after D-Day.

One of the obstacle courses at Camp Toccoa that the men had to endure to become the first ever paratrooper. 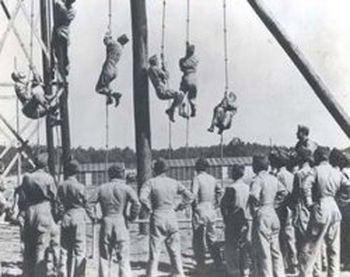 The entance to Currahee Military Museum. 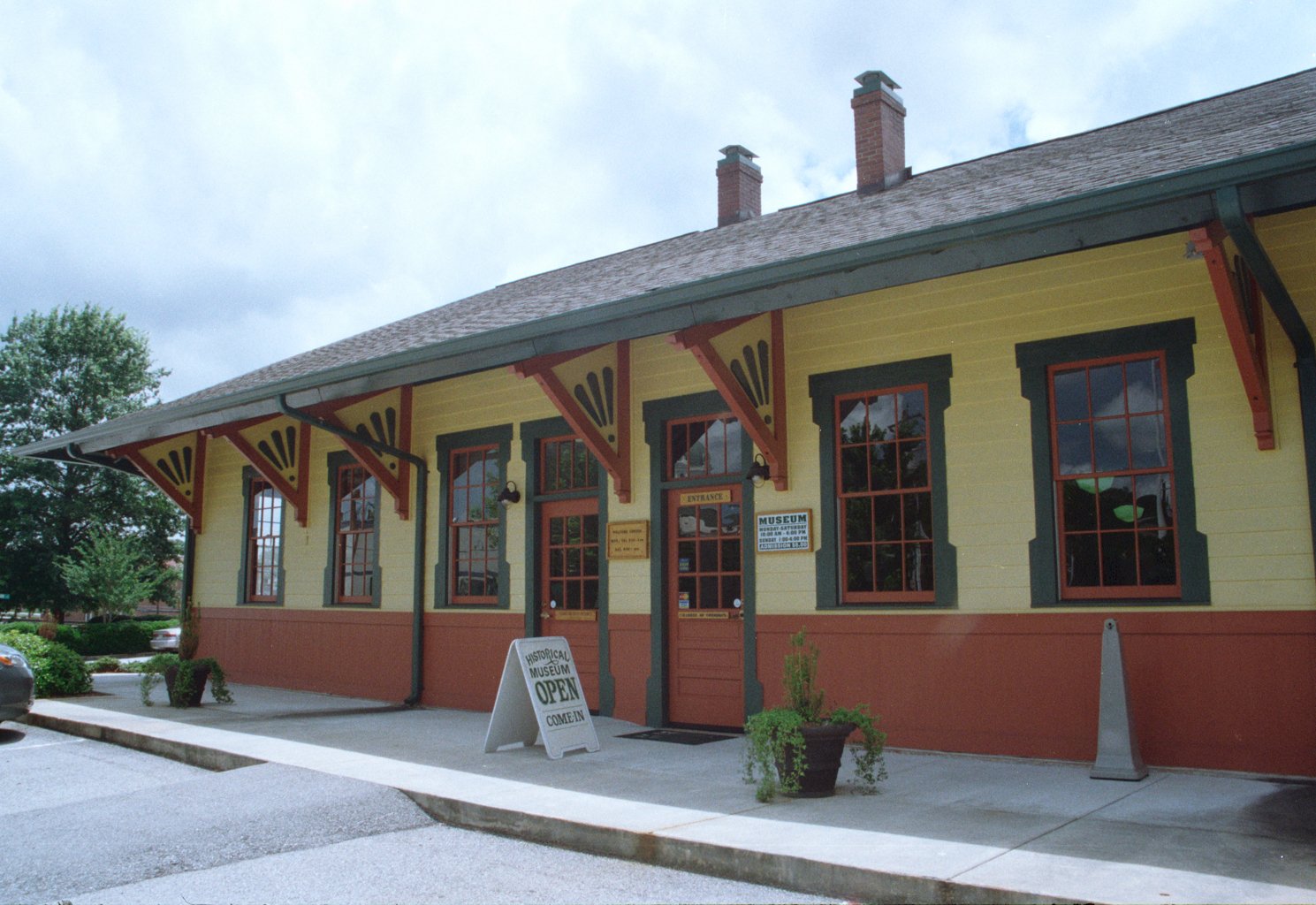 A soldier from the 506th Infantry Regiment standing at the entrance to Camp Toccoa while posing for a picture. 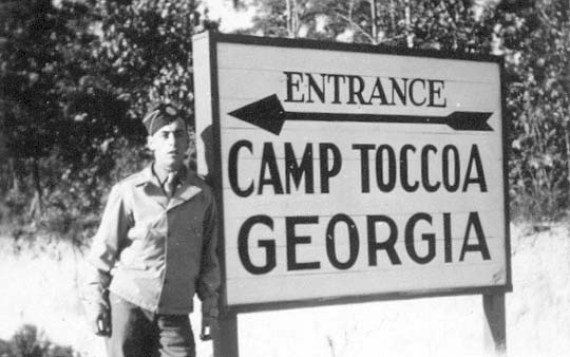 The stable that housed members of the Parachute Infantry Regiment. 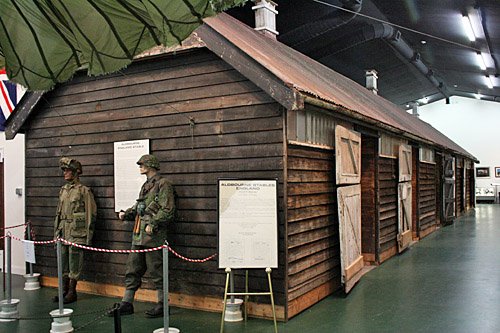 Camp Toccoa built in the 1930’s did not open for training until 1942 where over 17,000 men trained to become the first ever paratrooper.   The training camp was the first of its kind and the men were referred to as a “new type of soldier.” These men would train hard on obstacle courses and march 15 -20 miles each day.  They were required to complete five jumps from an airplane before receiving their wings.  After completing their training at Camp Toccoa, the men would go overseas to fight during WWII by jumping from a plane to fight on the ground.  Shortly after World War II, the camp was dismantled.

Today Camp Toccoa at Currahee Legacy of Leadership has plans to preserve the Camp to honor the men from the 501st, 517th, 511th, and 506th Infantry Division who sacrificed their lives during WWII.   Their plans are to recreate the camp gate, regiment headquarters, bathhouse, barracks, and pavilion.  By recreating the camp, they are hoping to give the public a better understanding of what those brave men experienced.  Until then you can visit the Currahee Military Museum to learn more about these brave men.