The Fayette County History Society Museum is a local history museum in Washington Court House. The Society was founded in 1948 and opened their museum in 1965. Both the Society and museum are located in the historic Morris Sharp House, an 1875 Victorian home originally belonging to the wealthy and influential local resident Morris Sharp. The house itself is listed on the National Register of Historic Places. For over fifty years, the museum has focused primarily on promoting and preserving the history of Fayette County. It contains thousands of items ranging from photographs and memorabilia to antique furniture and Native American artifacts. 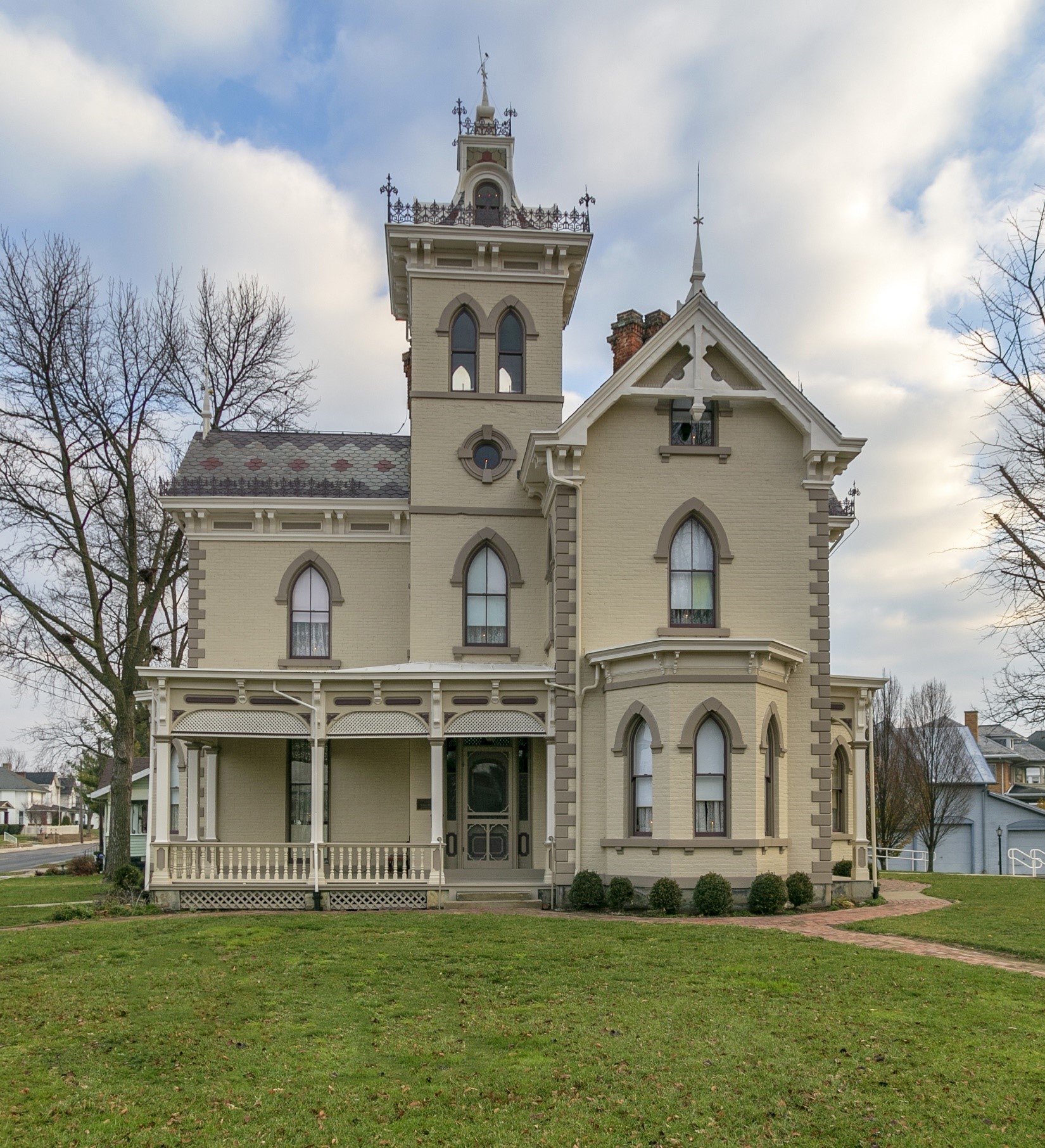 Morris Sharp (1838-1905) was a very influential resident of Washington Court House; he was affiliated with several businesses, owned much farmland, and once ran for governor. Image courtesy of the Fayette County Historical Society. 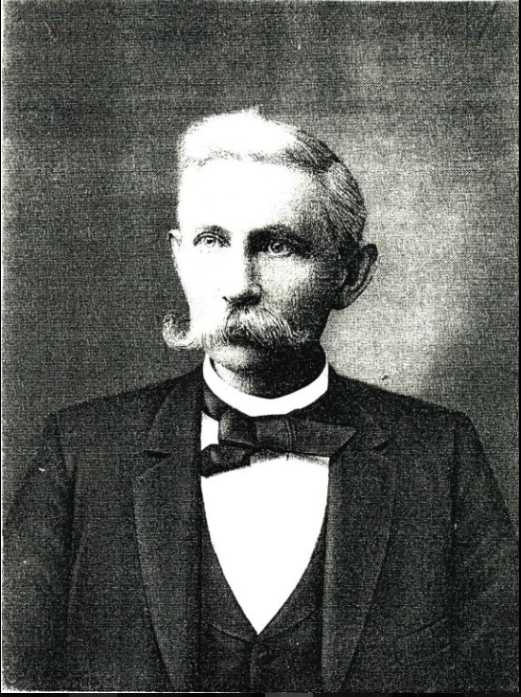 The museum contains thousands of items pertinent to the history of Fayette County. Image courtesy of the Fayette County Historical Society. 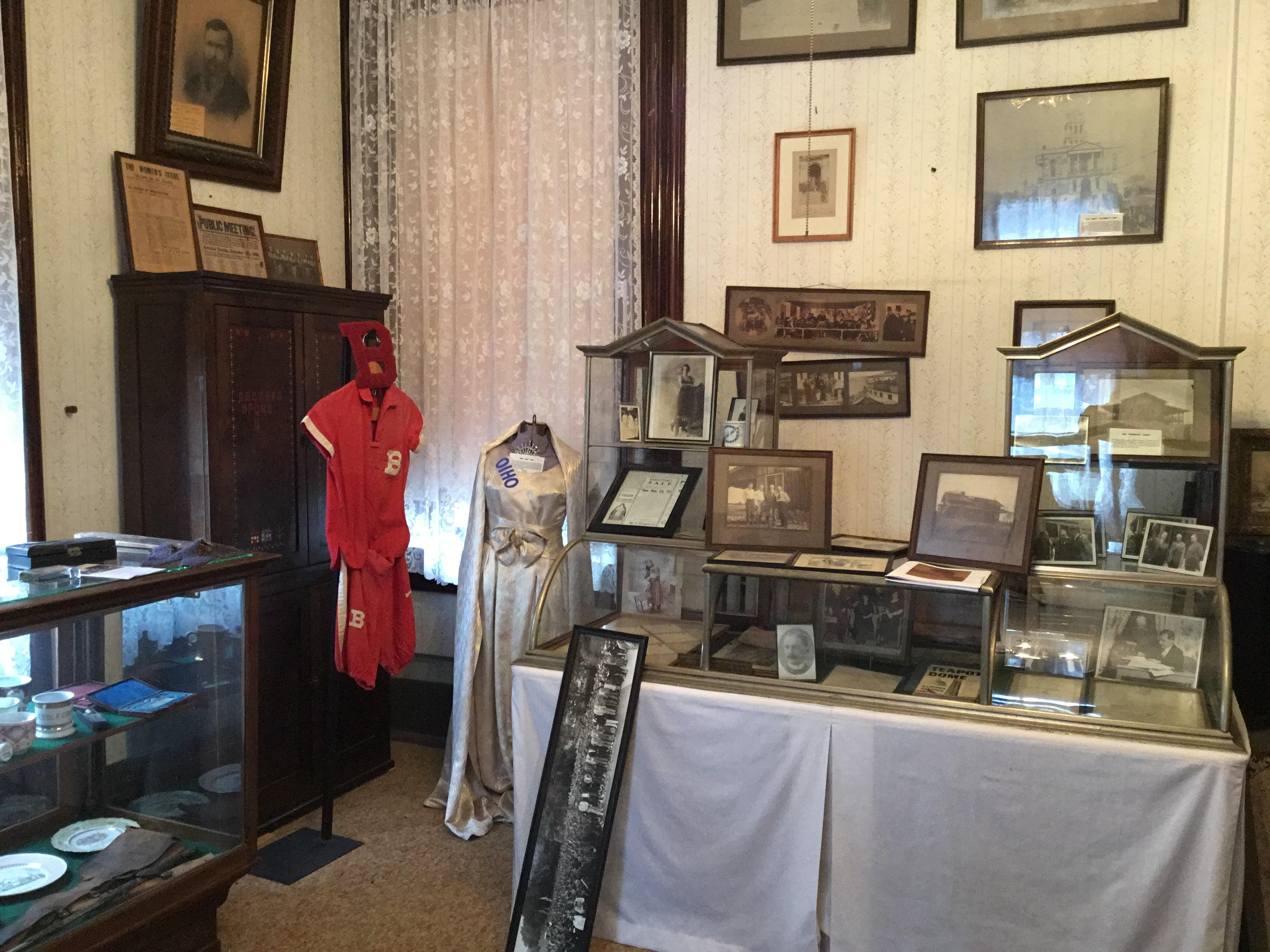 In the corner of this room is an 1870 pump organ, which was restored in the 1940s. Image courtesy of the Fayette County Historical Society. 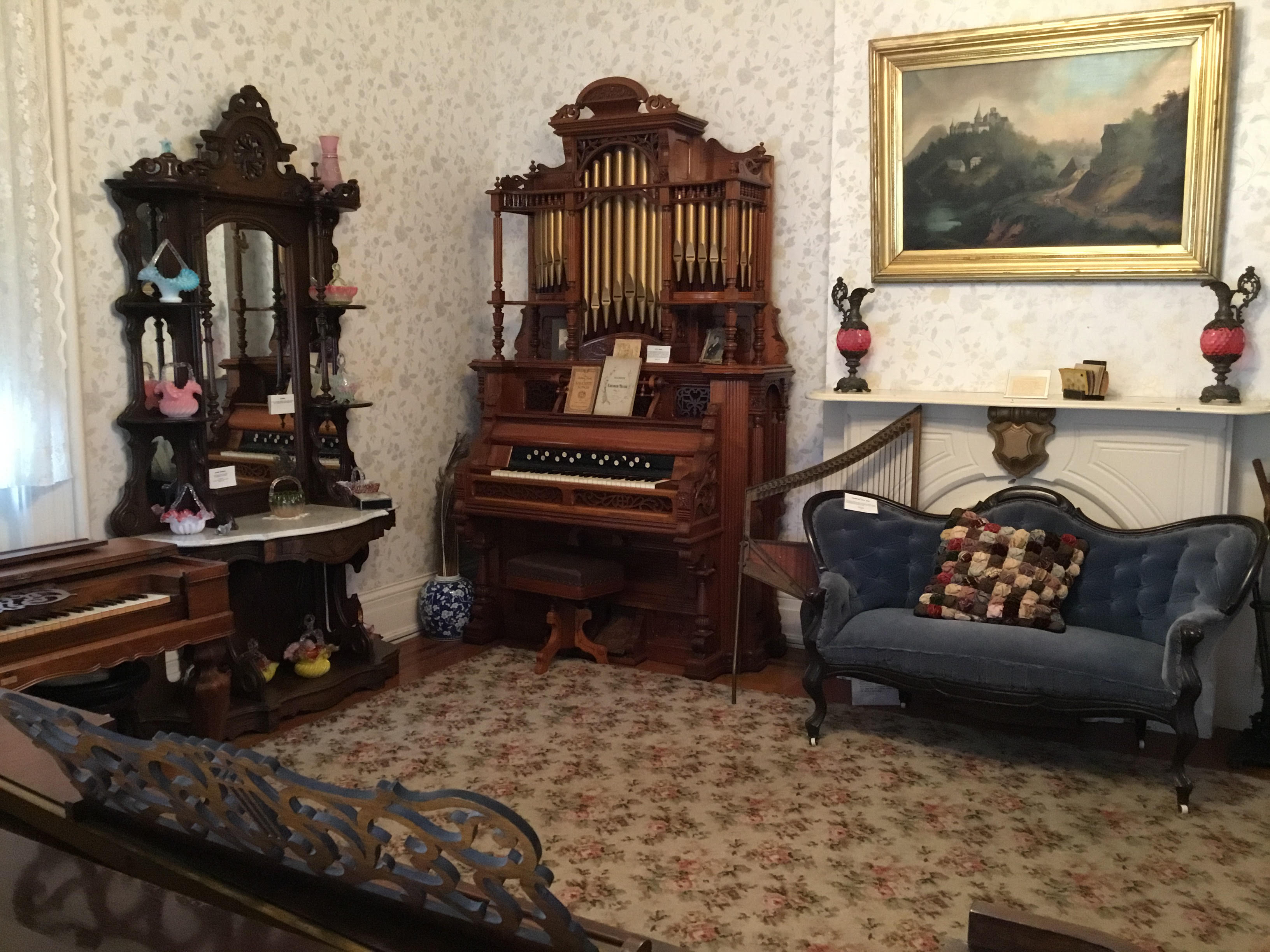 The tower includes an iron spiral staircase, offering visitors a panoramic view of the town. Image courtesy of the Fayette County Historical Society. 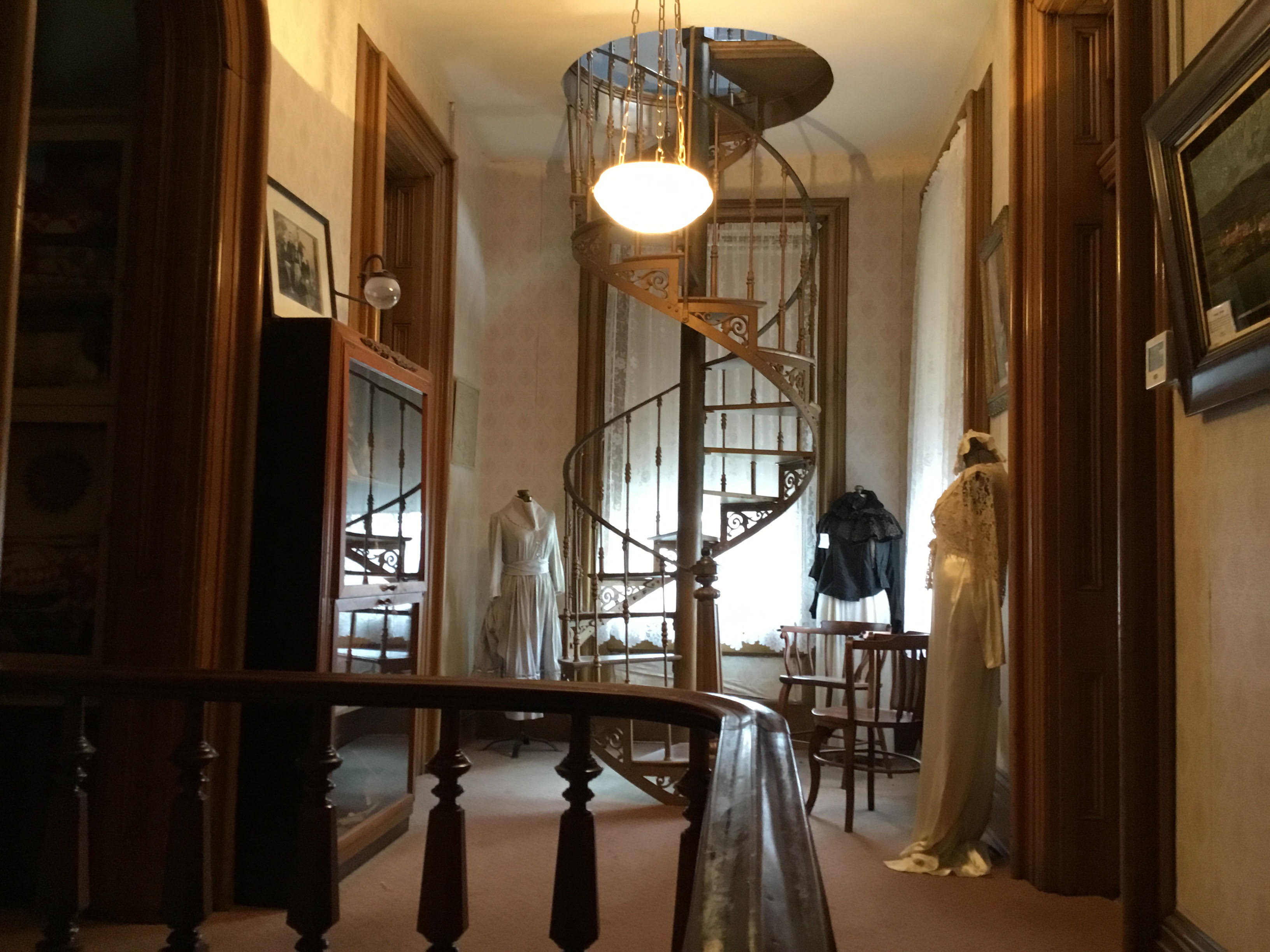 The Morris Sharp House is named after its builder and first occupant, prominent local resident Morris Sharp. Born in Aberdeen, Ohio in 1838, Sharp moved to Washington Court House in 1873 and became a cashier at the Merchants and Traders Bank. He quickly became a successful businessman; he established the town’s Commercial Bank; served as president of the Washington Gaslight Company, the Wonder Manufacturing Company and the Washington Electric Light, Heat, and Power Company; was treasurer of the Washington Home Telephone Company; donated generously to Ohio Wesleyan University and the Protestant Hospital of Columbus; and owned significant amounts of farmland in Greene and Fayette counties. A strong conservative and temperance advocate, Sharp unsuccessfully ran for governor of Ohio with the Prohibitionist Party in 1887.

In 1875, Sharp constructed his grand home on the juncture of Washington and Columbus Avenues, a prominent part of town. He specifically wanted his house to be the “showplace of Washington Court House.” The two-story, fourteen-room residence was the largest house in town and was even the subject of an article in the Ohio State Register upon its completion. It was designed in the Italianate-Gothic style and features three porches, arched windows, a gable slate roof, and a five-story tower. The tower contains an iron spiral staircase with gold-colored steps, offering a panorama view of the town. Morris Sharp passed away in 1905, leaving the house to his wife Madeline. The couple had no children. The Morris Sharp House was added to the National Register of Historic Places in 1974.

In 1948, B. E. and Elva Kelley held a meeting at the local courthouse with other area residents to plan the establishment of a local history society. B. E. Kelley was a longtime newspaper reporter and wrote a weekly columnn on local history subjects. The Fayette County Historical Society was founded soon afterwards. Their immediate priority was creating a local museum and raising money to make it a reality. In 1958, the Society was able to purchase the Morris Sharp House for $15,000. By this time the home had fallen into a state of disrepair; it had been converted into apartments, and a gas station stood in the front yard. The Society spent the next several years working to restore the home to its original condition; install air conditioning and handicap accessibility; and remove the gas station to recreate the front yard. It finally opened in 1965 as the Historical Center and Museum; later the name was changed to the Fayette County Historical Society Museum. B. E. and Elva Kelley became the museum’s first curators, and spent the following years acquiring items for the Society’s collection. They both passed away in 1978. Further preservation and restoration efforts on the house are ongoing.

The Society and museum are dedicated to the preservation and education of the county’s history, and as such the museum contains many items related to local history. The Society’s first artifacts were two charters for local Grand Army of the Republic posts, which were acquired at the first meeting. Today the museum contains local memorabilia, old photographs and paintings, household items, antique furniture and china, old documents and books, clothing, sewing equipment, toys, and Native American artifacts. Particularly noteworthy items include a 1906 Wonder Stove made by the local Wonder Manufacturing Company; an 1850s piano forte from a Jeffersonville church; a restored 1870 pump organ; and a set of draftsman’s instruments used for mapmaking by John C. Fremont’s 1842 expedition to the West Coast. The Fayette County Historical Society Museum is open to the public on weekends during the summer.