Completed in 1914, Minor Theatre is one of the oldest movie theaters in the United States and was one of the earliest extant structures that was built explicitly to show feature-films. While most of the theaters of the era were built for the vaudeville circuit and later converted into a movie theater or "movie palace," this theater was built in the early years of the film industry and designed for the silver screen. The theater is also unique compared to other early 20th century structures related to the history of film as it was not designed as a Nickelodeon that offered "shorts" but was built specifically for feature-length films. Like many downtown movie theaters, the Minor closed and faced demolition multiple times over the years. Thanks to local residents, preservationists, supporters, and local officials, the Minor Theatre has been restored and once again offers films ranging from foreign cinema to American blockbusters.

The Minor Theatre on the night of its grand reopening in 2016. Photo by Jennifer Fumiko Cahill and Mark McKenna. 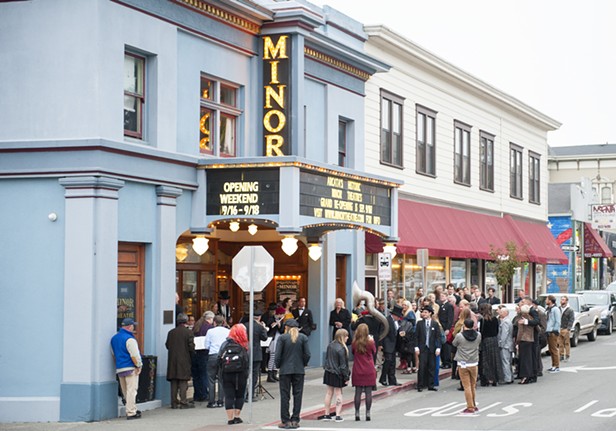 The Minor Theatre before its marquee. From the James Lundberg collection. 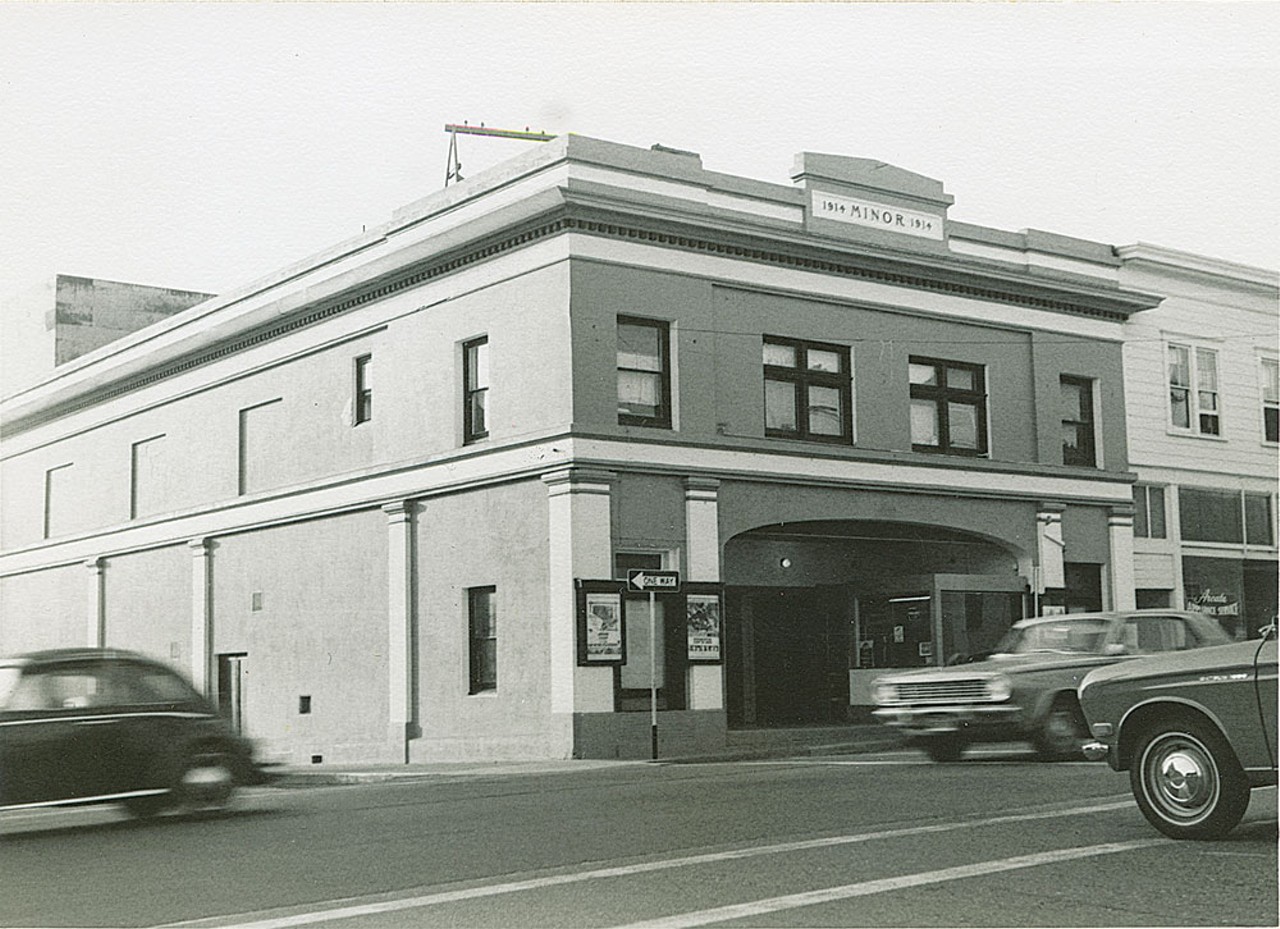 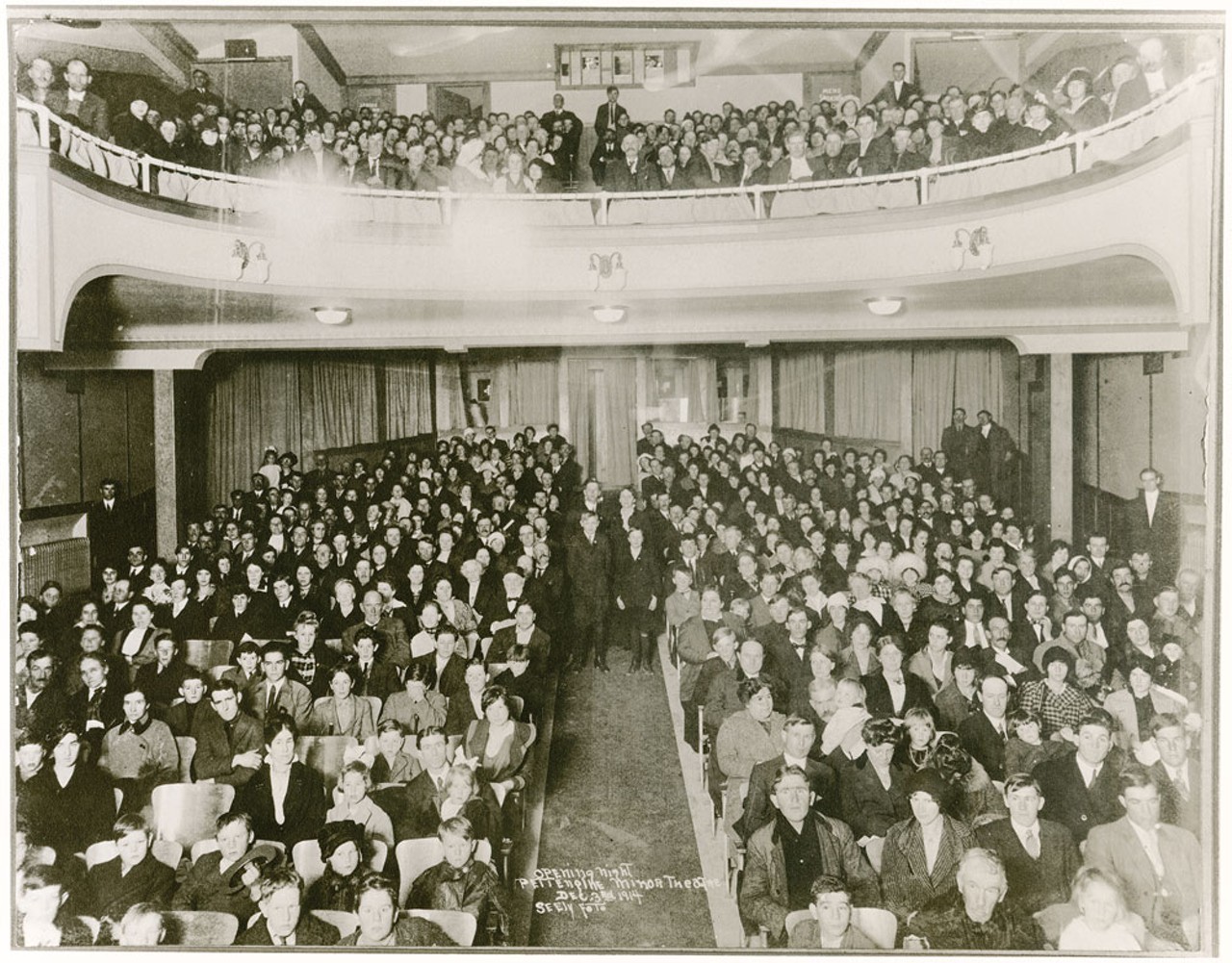 Prior to the 1910s, multiple films made up a movie theater’s programming, as opposed to having one film as the main “feature.” In 1914, shortly after longer feature films boomed in popularity, the Pettengill’s Minor Theatre (as it was originally known) was built. The theater’s owner, Isaac Minor intended to build Arcata, California’s first large hotel. He gave up his plans when his rival, fellow-businessman Noah Falk, beat him to it. Instead, he took the advice of Mrs. Pettengill, a Nickelodeon owner in town, and built a theater especially for the exhibition of feature films.

Because nitrate film stock was highly flammable, Minor made sure to fire-proof his theater. He included concrete walls, many exits, and metal shutters to seal in the projection room should an accident occur. On opening night, Minor declared his theater the safest place in town. That evening’s movie was a now-lost silent film, The Chimes. Money was raised for German-occupied Belgium, and a photograph was taken of the audience. In addition to movies, the theater housed live performances, including the magician Harry Houdini who had a trapdoor installed on stage. George Mann took over Minor Theatre in the 1920s and continued there through the 1930s and 1940s. The theater closed briefly during World War II and again in the 1960s.

Ten years after the Minor Theatre had shut its doors, the town wanted to demolish the old building. But, in 1972, a group of friends from nearby Humboldt State University began running the place, forming the Minor Theatre Corp. For its reopening, the classics San Francisco and A Night at the Circus were played. Two members of the group, David Phillips and Michael Thomas, went on to become the sole owners when they bought the theater from Minor’s niece in the 1980s. They restored the theater and added smaller screening rooms. In 2006, the Minor Theatre was leased to Coming Attractions Theatres, Inc.

Josh Neff, an Arcata resident, bought the theater in 2014. When it came time to renegotiate Coming Attraction’s lease in 2016, a compromise could not be reached. The Minor Theatre closed while the company removed their equipment, seats, and other belongings. Then, Neff and Merrick McKinlay created the Minor Theatre Group and began renovations. For over $200,000, new screens, sound systems, and seats were put in place. Seating was cut down to make room for tables, handy for the food customers can purchase and have delivered by theater attendants.

The Minor Theatre reopened September 16, 2016. There was a ribbon-cutting ceremony and a live band. The evening’s offerings included locally-produced short films and live scoring of a scene from a Buster Keaton film. Audiences can now attend screenings of art-house movies as well as some classics and new releases. The owners plan to host live events, too, such as comedy nights and murder-mysteries. With its eclectic programming and creative concessions (from pizza and wraps to locally-made empanadas), the Minor Theatre is as innovative today as it was back in 1914.