The Princess Theatre Building is a historic theatre in Bloomington, Indiana, that was placed on the National Register of Historic Places in 1983. It is also located on the Courthouse Square Historic District alongside such other notable locations as the Monroe County Courthouse, Bloomington City Hall, and Wicks Building. The theater portion of the building was removed in 1985, leaving only the front façade as a pointed reminder of its past. Today the upstairs serves as an apartment complex while the downstairs acts as home to local businesses.

After the collapse of the auditorium, most of what truly remains of the Princess Theatre is represented by it's glazed white terracotta facade. The building was designed by firm Nichols & Nichols. 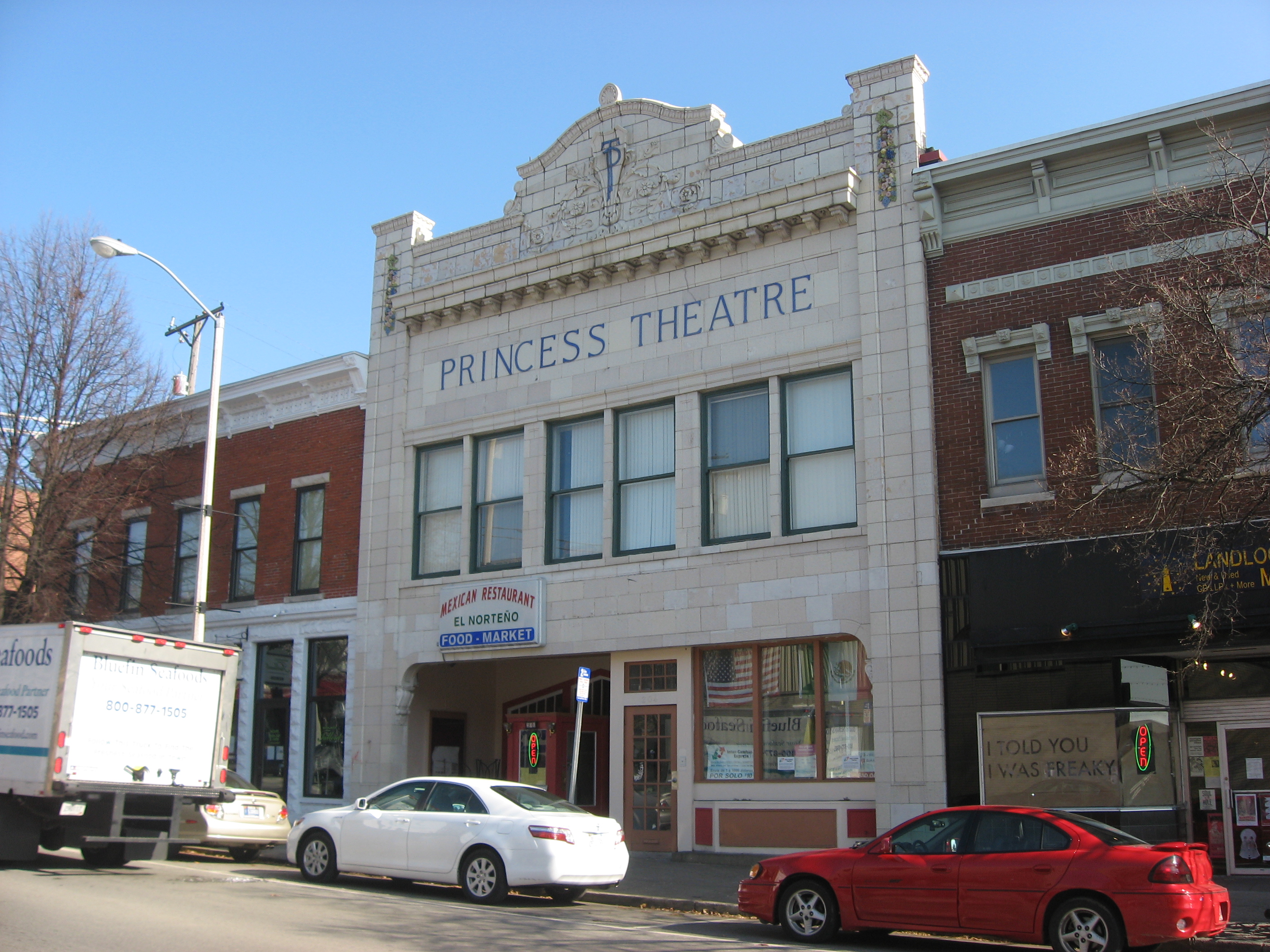 The theatre brought entertainment from the big screen to many up until it's close in 1981. Here you can see an advertisement for "The Sound of Music." 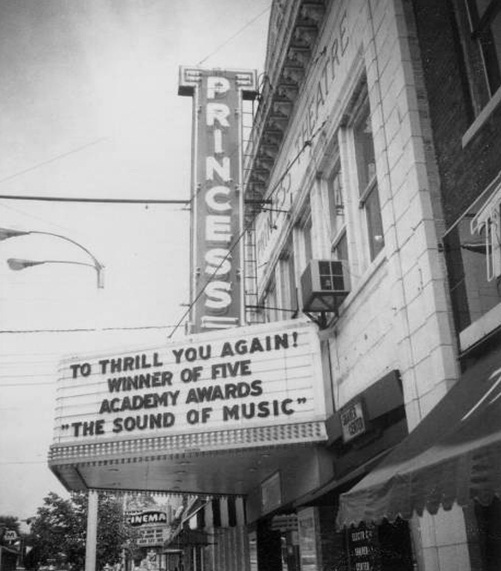 Due to competition with Indiana Theatre, Harris had the auditorium of both of his theatres expanded. It was this addition that collapsed in 1985. 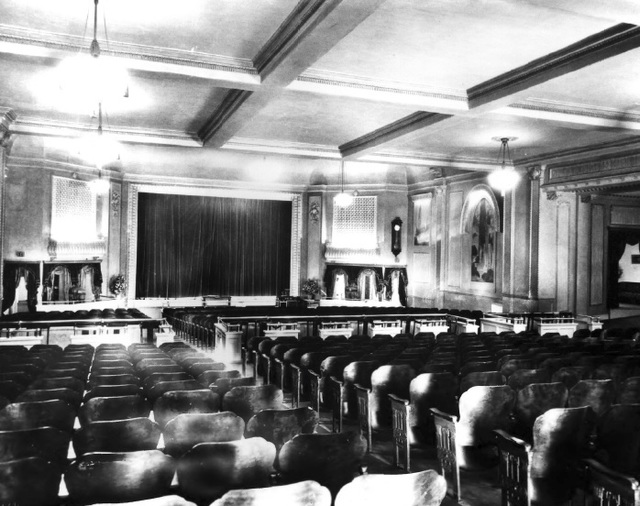 Efforts to renovate the building are continually being made in an effort to keep this part of history alive. Beautiful remnants of the era can still be found in the front facade and stained glass windows like this one. 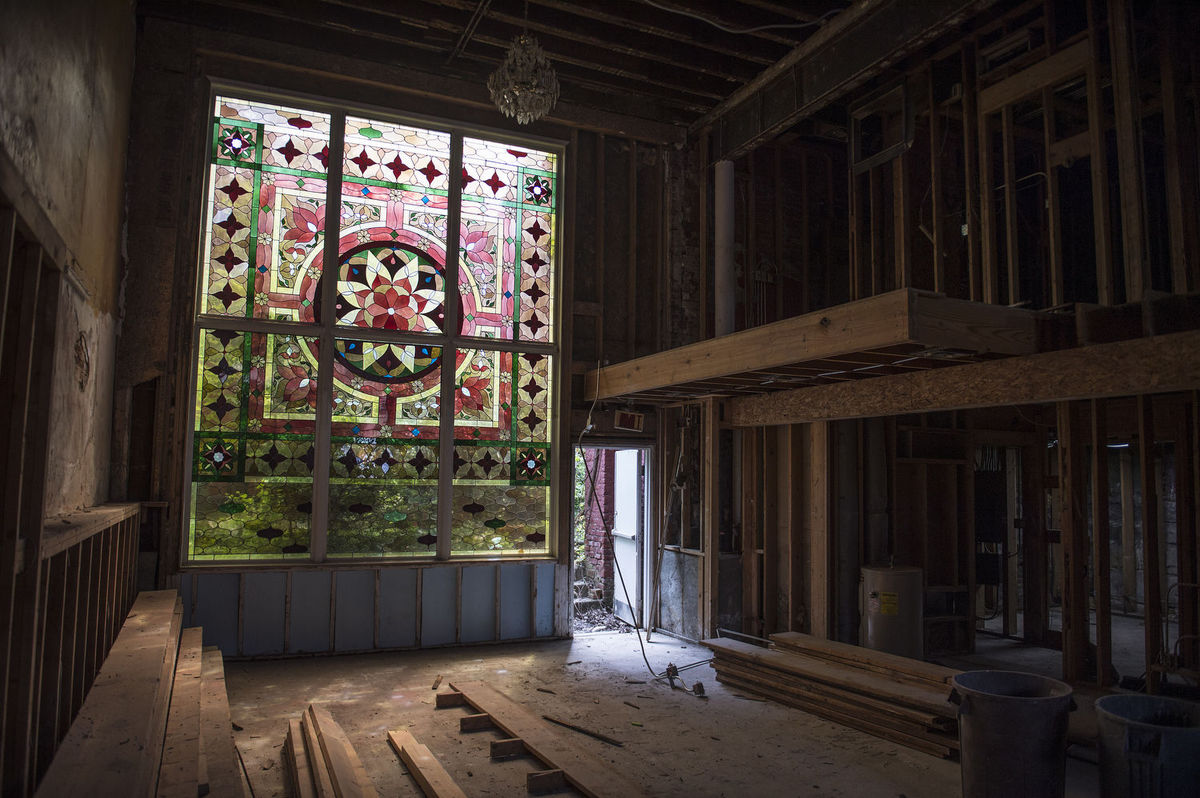 Georgia born Col. Robert H. Harris was raised on a “typical southern plantation” by his father, Congressman Henry R. Harris. His uncle, Joel Chandler Harris, was a writer best known for creating Uncle Remus. The Uncle Remus stories were a collection of tales, songs, and oral folklore told from the viewpoint of an old, kindly freed slave. Among these tales told by Uncle Remus was that of Br’er Rabbit, and the Tar-Baby. While these tales were praised at the time for their use of the negro dialect to maintain “authenticity,” the passage of time has found Harris’ work to be racist and demeaning.

Robert Harris’ interest in the arts extended to the theatre rather than the pen. In his teen years, he made an attempt to become an actor, touring the country and later England in search of work on the stage. To earn money during his travels, Harris worked as an usher so that he would still be able to watch others perform. When he finally returned from abroad, he went on to write and produce his first play, Two Americans Abroad. While touring the eastern United States with his small company, he met and married a Bloomington native. Together, they settled down in her hometown where he would go on to build two theatres, the Harris Grand in 1907 and the Princess Theatre in 1913.

It was the renovations made to the Princess Theatre in 1923 that truly brought it to life, however. Due to the rising competition between Harris’ theatres and the Indiana Theater, he set local architect John Nichols to the task of redesigning the Princess for a more “modern” audience. A terracotta façade was added, which set the theatre up as “the finest theatre for a town of its size in the United States” and is the part of the structure that remains to this day. The auditorium was expanded, making room for more patrons that would go on to enjoy both the stage and the big screen up until 1981 when Tom and Kathy Canada bought the building with hopes of making much-needed repairs and renovations. Unfortunately, the auditorium addition collapsed in 1985, putting a damper on such plans. Developer Michael Pollack finally made the renovations in 1986 that has allowed it to act as the home of several different restaurants and businesses up to date.