Established in 2010 and located in a centuries-old former grist mill within Pine Grove Furnace State Park, the Appalachian Trail Museum is “dedicated to the most popular hiking trail in America” and the people who conceived, created, maintained and hiked it. The museum intentionally sits near the trail’s midpoint and is part of a series of conveniences that cater to hikers, especially thru-hikers, those walking the entire trail in a single effort. It features various interpretive exhibits that relate the history of the trail and those who created it, to include biographies, photos, and hiking artifacts such as tools and gear. The A.T. Museum is also home to its Hall of Fame which honors those who have made extraordinary and positive contributions to the trail and its community.

The 1760 former grist mill that is now home to the Appalachian Trail Museum. 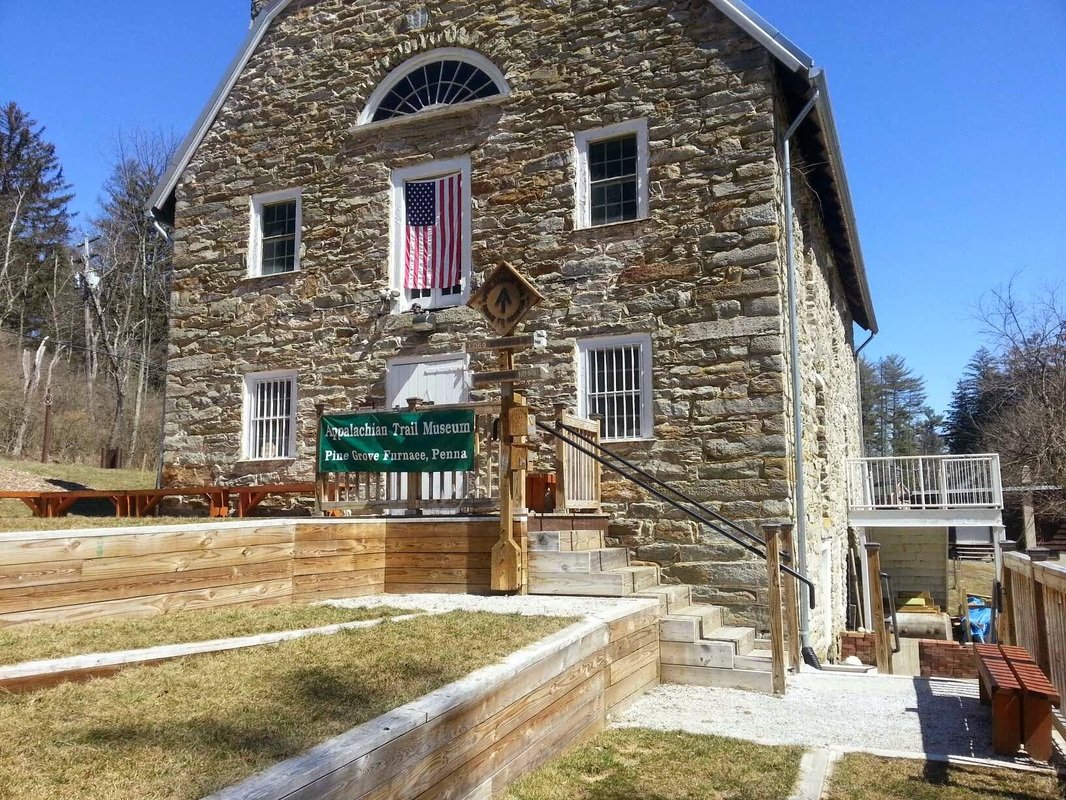 The trail shelter built by Earl Shaffer is a popular exhibit at the museum. 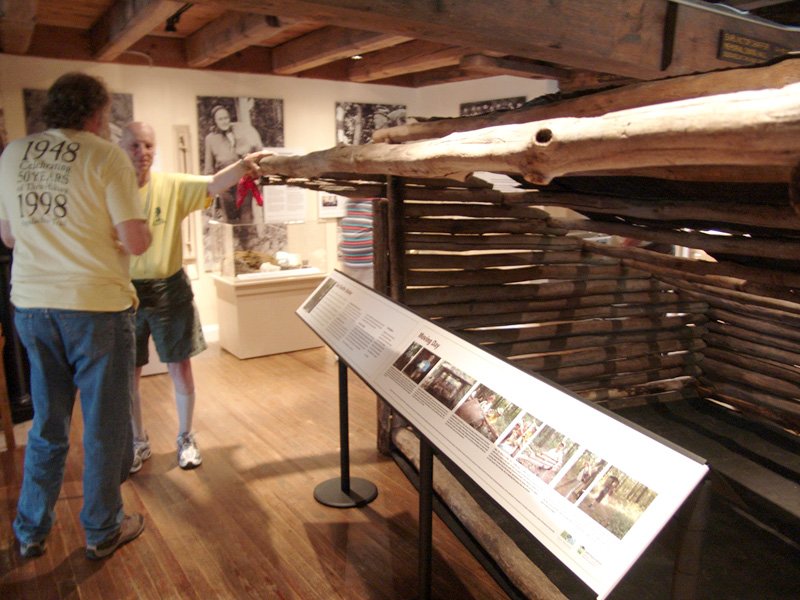 A measuring wheel used to determine the distance of the A.T. 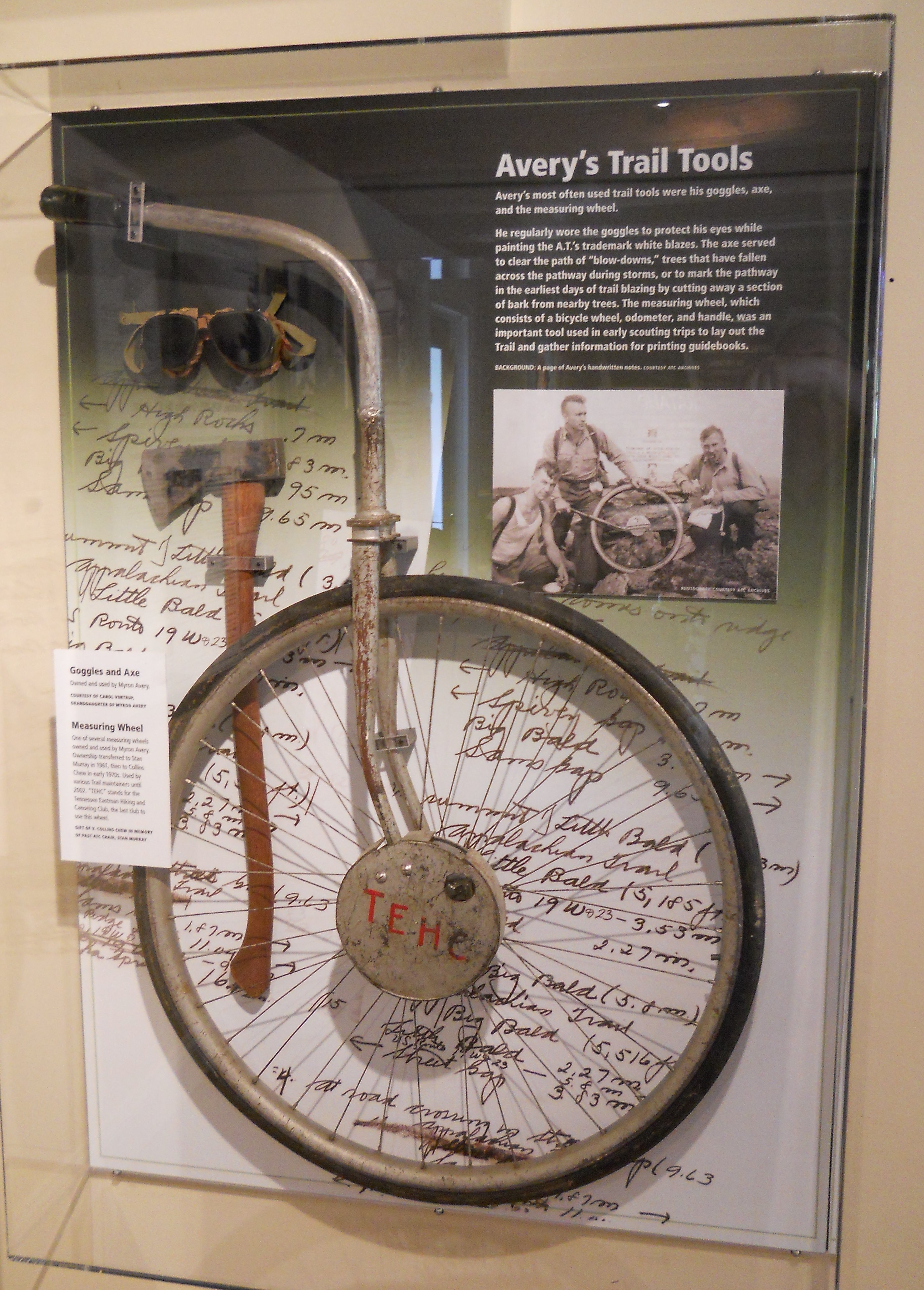 Visitors read about some of the A.T. pioneers, to include Grandma Gatewood. 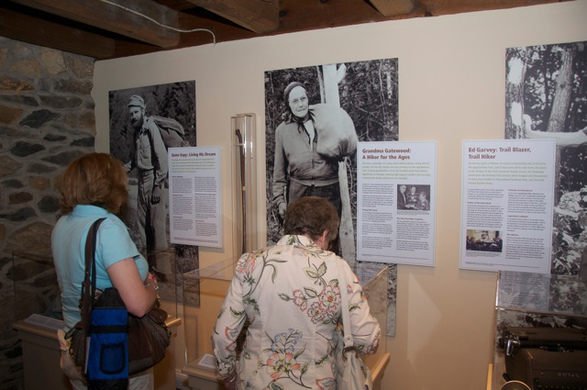 A sign that once sat at the northern terminus of the A.T. atop Mt. Katahdin, Maine. 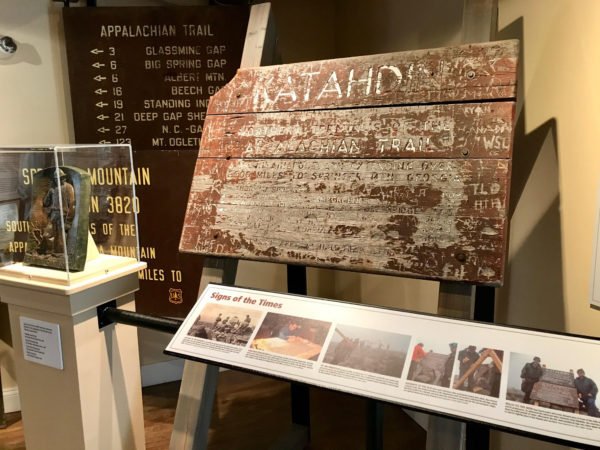 The idea for a hiking trail that runs almost the entire length of the east coast of America traces its origins to a 1921 article written by Benton MacKaye entitled, “An Appalachian Trail: A Project in Regional Planning.”  He proposed that various hiking clubs come together to connect their trails and, to that end, convened the first Appalachian Trail conference in Washington D.C. in 1925.  It was soon after the conference that the various entities got to work on his vision and the trail was completed in 1937.

Today, the trail runs approximately 2,200 miles from Springer Mountain, Georgia to Mount Katahdin, Maine and is overseen and maintained by the Appalachian Trail Conservancy, 31 trail clubs, the National Park Service and the U.S. Forest Service.  Since its creation, innumerable people have enjoyed spending time on all or simply sections of the trail and the A.T. Museum documents some of their stories.

The building the A.T. Museum occupies was built in 1760 and had to be renovated prior to the creation of the museum.  Many volunteers donated their time, money and materials to this effort.  As of writing, the museum occupies only the first floor of the historic building with plans to renovate the upper floors once funds become available.  The museum tells the story of trail pioneers, such as MacKaye and Earl Shaffer who spent most of his adult life exploring and maintaining the trail as well as being the trail’s first thru-hiker.  Another popular exhibit features the story of “Grandma” Gatewood who, at age 67, became the first solo female thru-hiker in 1955 and the first to do so more than once.

The museum also features a trail shelter that sat on Peters Mountain, Pennsylvania and was built by Earl Shaffer.  It was disassembled, transported and re-built at the museum.  Other popular attractions within the museum are the Children’s Discovery Area, Hiker’s Lounge and its digitized photo database that features over 12,000 photographs taken at the headquarters of the A.T. Conservancy in Harper’s Ferry, West Virginia of thru-hikers.  Also located near the A.T. Museum is the Pine Grove General Store that is famous for encouraging thru-hikers to attempt to eat a half gallon of ice cream in a single sitting to celebrate reaching the trail’s half-way mark and the Ironmaster’s Mansion which offers dormitory-style accommodations to hikers.

Schneck, Marcus.  "Take a tour of the Appalachian Trail Museum: A Walk in the Woods in Pennsylvania."  PennLive. August 27, 2015.  Accessed January 18, 2018. http://blog.pennlive.com/wildaboutpa/2015/08/tour_the_appalachian_trail_mus.html