The McAuliffe-Shepard Discovery Center's mission is to teach and inspire visitors of all ages about aviation, astronomy, earth and space science, and general science and engineering. It is named after Alan Shepard (1923-1998), the first American to travel in space, and Sharon Christa McAuliffe (1948-1986), who was selected out of 11,000 teachers to become the first teacher in space. McAuliffe was one of the seven crew members of the Space Shuttle Challenger, which tragically exploded after launching into space on January 28, 1986. The museum features permanent and traveling exhibits as well as a planetarium and observatory. There are also space and science exhibits outside on the museum grounds, including a large rocket.

The McAuliffe-Shepard Discovery Center opened in 2009. 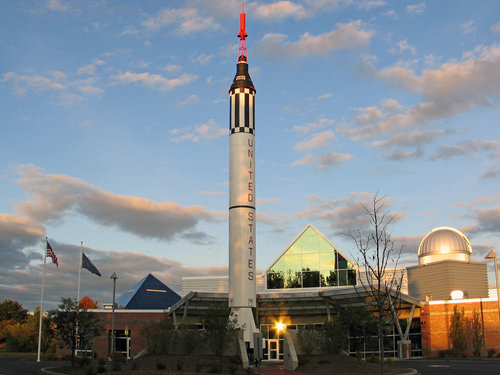