Shelton Depot at the Trails and Rails Museum

The Shelton Depot was used by the Union Pacific Railroad as the station for the town of Shelton, located about twenty miles Northeast of the Depot’s current location at the Trails and Rail Museum in Kearney. The museum has three main rooms. The waiting room is where passengers waited for their train to arrive and people waited for their loved ones to arrive. Through the doorway to the west was the agent’s office and the west doorway in the office is the opening to the large baggage room where cargo and bags were held to be loaded on trains as well as held for people picking things up. Visitors to the Shelton Depot should be sure to check out the time table on the south wall and ask plenty of questions to the museum staff and volunteers. 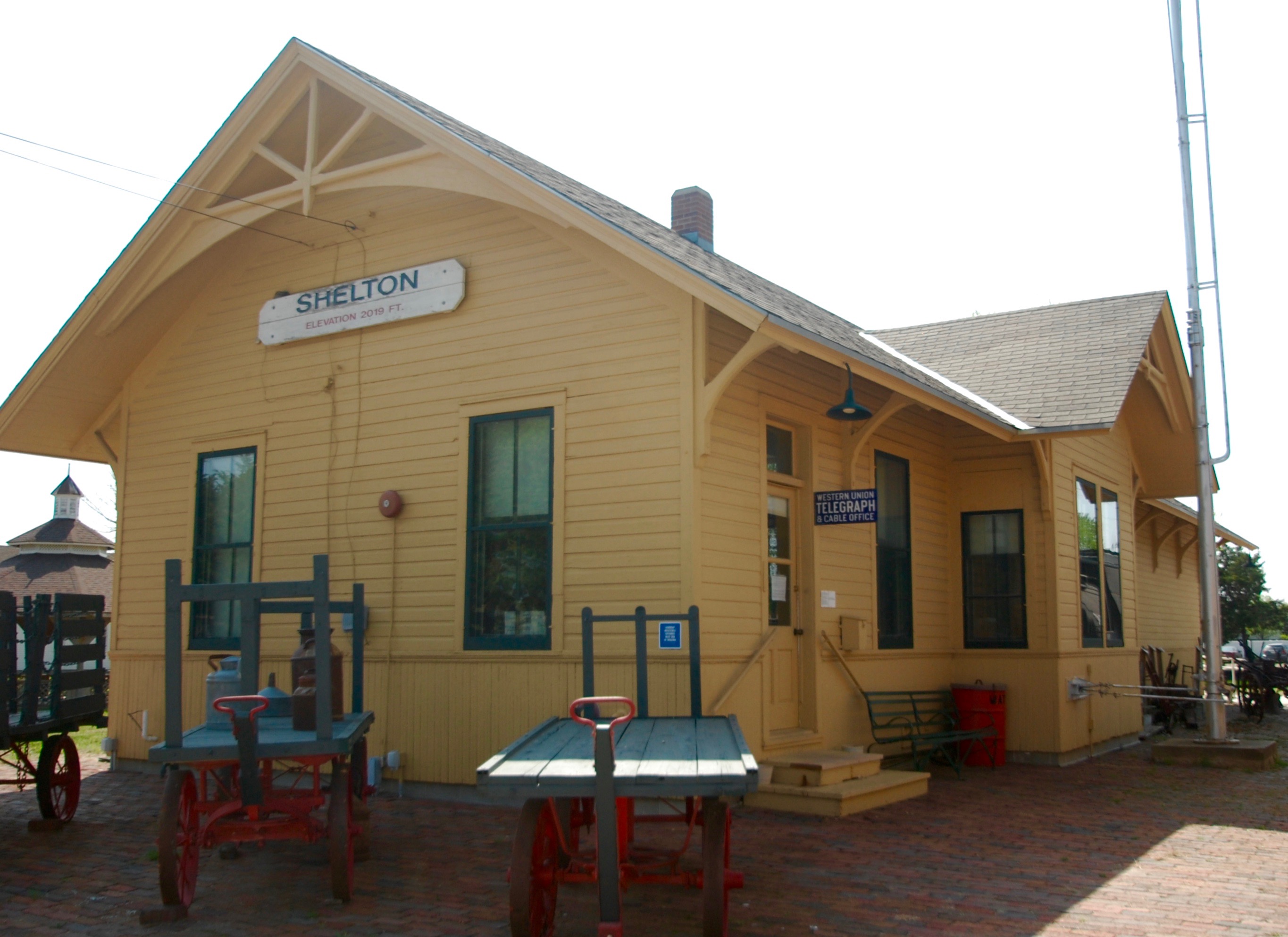 Train depots were built quickly as the railroads were built across the country. If a town needed a depot, the Bridges and Buildings department was usually in charge of building it. Some were small buildings hardly larger than an outhouse and were used primarily to store the items the station agent may need. Some were huge buildings with multiple levels and plenty of room for everyone that might work there, or possibly accommodations for the station agent and his family to live, depending on the necessity. Today, many depots such as this have been torn down while others have been repurposed into office buildings, among other things.

The Union Pacific Railroad was formally organized in Chicago on September 2, 1862 and was one of the two main railroads, the other being the Central Pacific, that built the Transcontinental Railroad, which was finished May 10, 1869. Currently, the Union Pacific calls downtown Omaha, Nebraska its headquarters, although the rails stretch across the United States. It is currently the largest railroad in the United States with over 32,000 miles of track, the majority being west of Chicago, Illinois.

Greenville M. Dodge, How We Built The Union Pacific Railway and Other Railway Papers and Addresses (Denver: Sage Books, 1965) 10, 30.

Created by Michelle Blackman on behalf of the Buffalo County Historical Society on January 16th 2018, 11:06:40 pm.