The Woolaroc Museum, built in 1925 by oilman Frank Phillips as a ranch retreat, includes a wildlife preserve of 3,700 acres; a museum featuring Western and American Indian art and artifacts, historical exhibits, and an extensive collection of firearms; and a historic lodge used by Phillips and his wife, Jane, as a country home. Over thirty species of animals and birds, both native and exotic, live in the preserve. 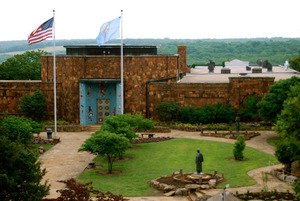 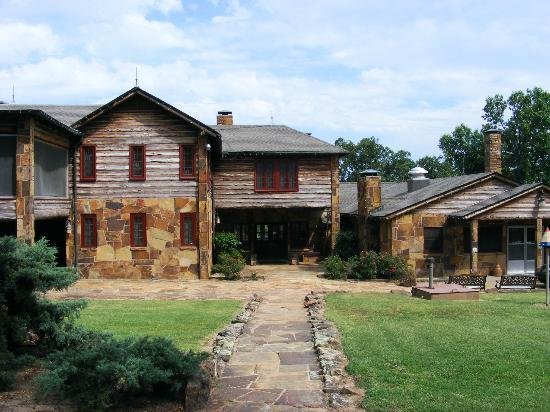 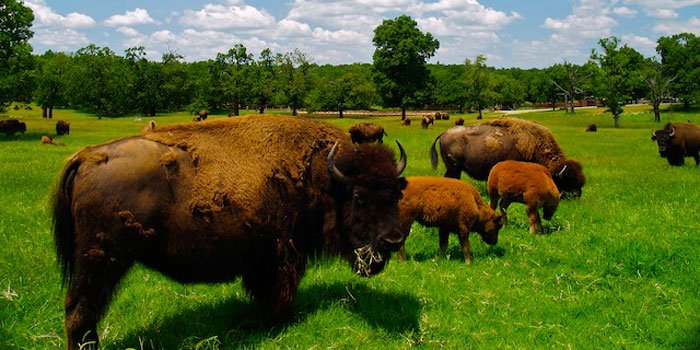 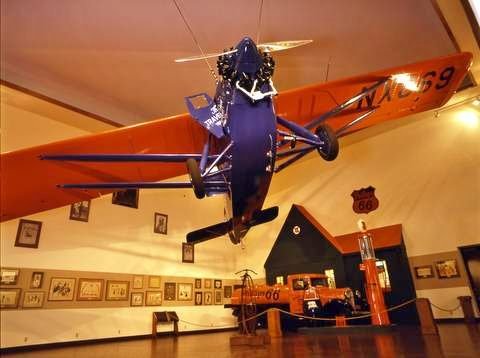 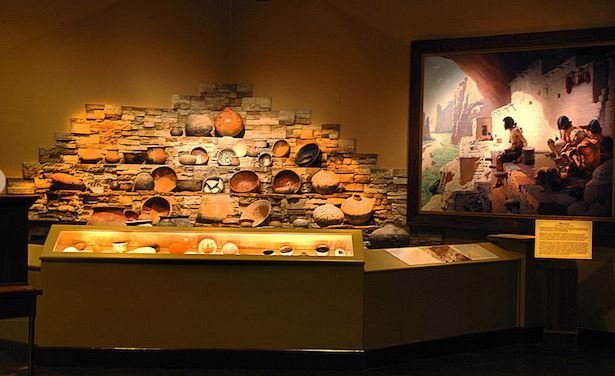 Museum display (image from the Woolaroc Museum and Wildlife Preserve) 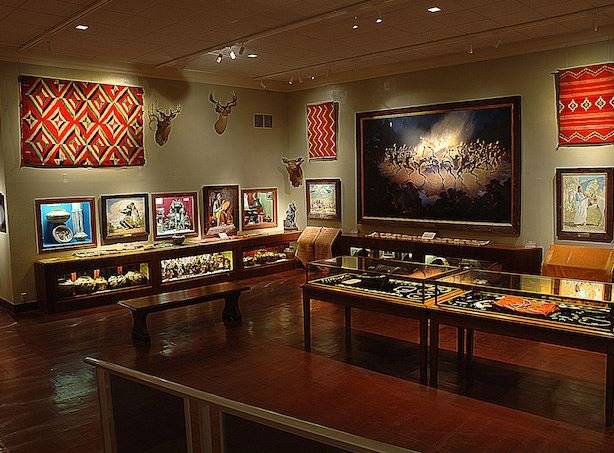 Art gallery (image from the Woolaroc Museum and Wildlife Preserve) 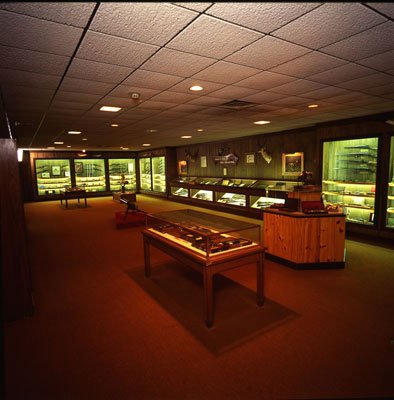 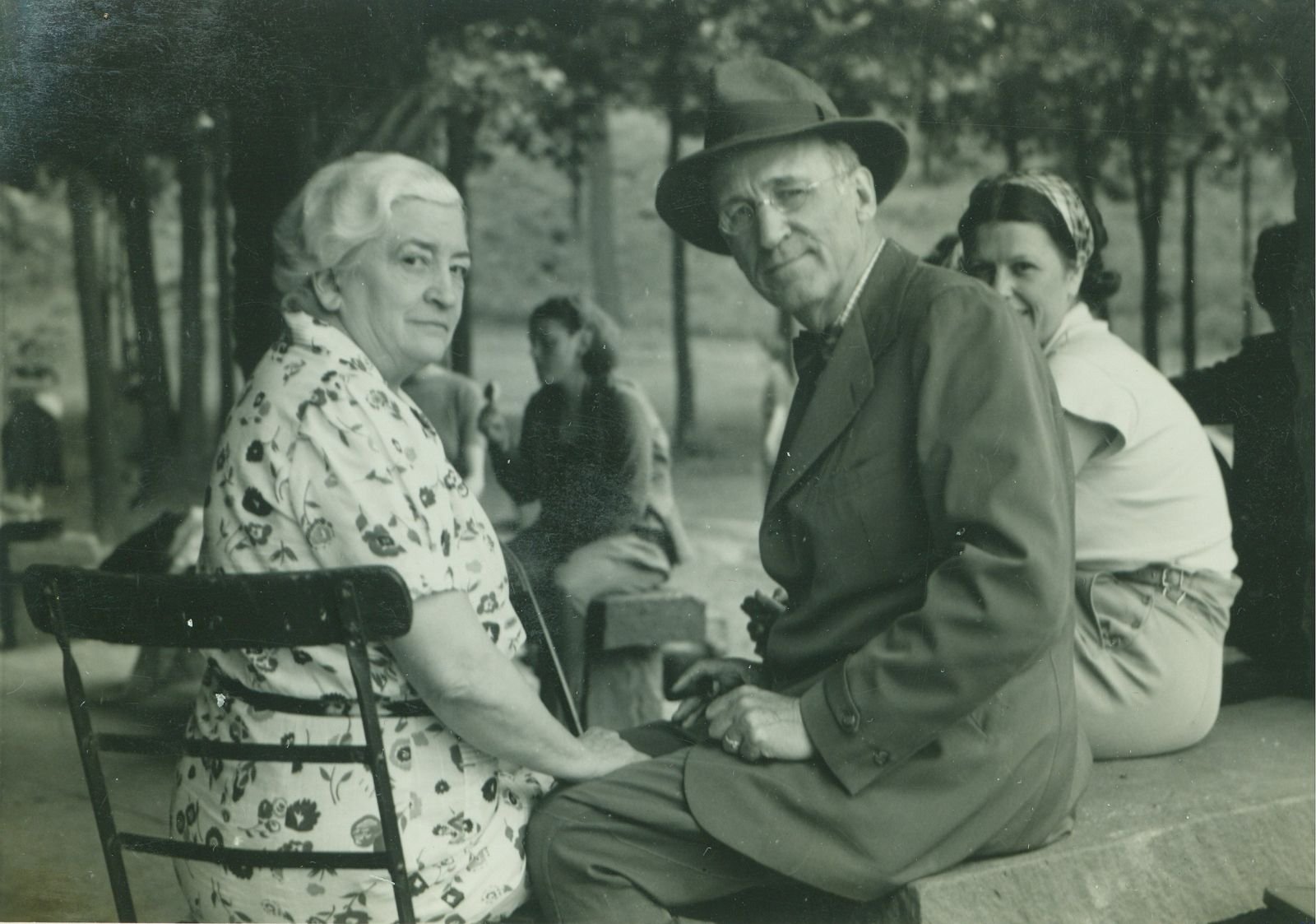 Frank PhillipsFrank Phillips (1873-1950) was born in a Nebraska log cabin. He grew up in Iowa, where he became a barber. He came to own every barber shop in his hometown, became a bond salesman, and moved to Bartlesville in Indian Territory to organize the Citizens Bank and Trust Company. Through the bank, he acquired oil interests in the area, establishing Phillips Petroleum Company in 1917 in partnership with his brother, L.E. Phillips. He stepped down as president of the company in 1938, then requested not to be reelected as chairman of the board in 1949. His philanthropy and fairness earned him many awards in his lifetime, among them his adoption into the Osage tribe, who made him the first white man ever to receive honorary chiefdom.

A Brief History of Woolaroc

Woolaroc began as the Frank Phillips Ranch in 1925. Originally, the name Woolaroc was only applied to the Lodge, the rustic ranch country home of Frank and Jane Phillips. The ranch was always intended for conservation, as Phillips wanted to preserve both the untamed landscape and the species he selected for the preserve. With the help of animal experts, he chose native species and exotic species whose natural environments were similar to that of Oklahoma. Today's bison herd at Woolaroc began with the purchase of ninety bison from South Dakota, and the elk herd at the preserve was established in the 1930s.

Though the museum was not officially established until 1938, it began with a single item in 1929: the Woolaroc monoplane sponsored by Phillips to make the trans-Pacific flight from Oakland, California to Honolulu. After its historic flight, Phillips erected a stone pavilion near the Lodge to showcase the plane. The pavilion was enclosed to display Phillips' growing collection of guns, gifts, American Indian artifacts, and other art. Additions were constructed by 1947 for the Phillips' 50th wedding anniversary, and again in 1976 and 1985.

Today, the collection includes material from at least 40 different American Indian tribes, such as blankets, pottery, baskets, and clothing. Western painters and sculptors including Frederic Remington, Charles M. Russell, and Thomas Moran are displayed, as well as contemporary and Taos Society artists, the 1927 Pioneer Woman contest sculptures, and the works of Joe Beeler. The museum's collection of Colt firearms is considered among the best in the world, and the Woolaroc also holds collections of Winchesters and semi-automatic pistols. Additional displays feature frontier wagons, saddles, and cowboy gear; the plight of the endangered American Bison; and historic photograph collections. On the grounds of the preserve, over thirty species are maintained by the ranch, including bison, elk, Japanese Sika deer, water buffalo, llamas, and pygmy goats.