Located in a replica of Antonio Gil's stone house, the Stone Fort Museum interprets East Texas and Nacogdoches history. The original "fort" was actually a stone home built by Antonio Gil Y’Barbo sometime between 1788 and 1791. The home survived four political revolutions and acquired its nickname the "Old Stone Fort" sometime during the political turmoils of early Texas. Today, it serves as a museum on the Stephen F. Austin campus. 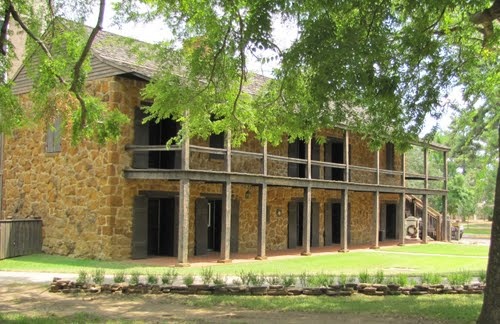 The Mexican government billeted soldiers in the house and a succession of filibusterers took temporary possession of the building before it settled into its final incarnation as a saloon. But the house Y’Barbo built could not withstand the march of progress. Demolished in 1902 against a backdrop of statewide protest, Y’Barbo’s house was the focal point of one of the first preservation efforts in Texas when the current replica was built in 1936 by the Texas Centennial Commission.