In the nineteenth century, Saratoga Springs was famous throughout the United States and Europe for its numerous mineral springs, which were believed to have healing properties. “Taking the waters” at Saratoga became a popular pastime for well-heeled travelers. The springs are no longer used for their medicinal properties, but are part of Saratoga Spa State Park. The park features springs and bath and spa houses. The park is listed on the National Register of Historic Places. 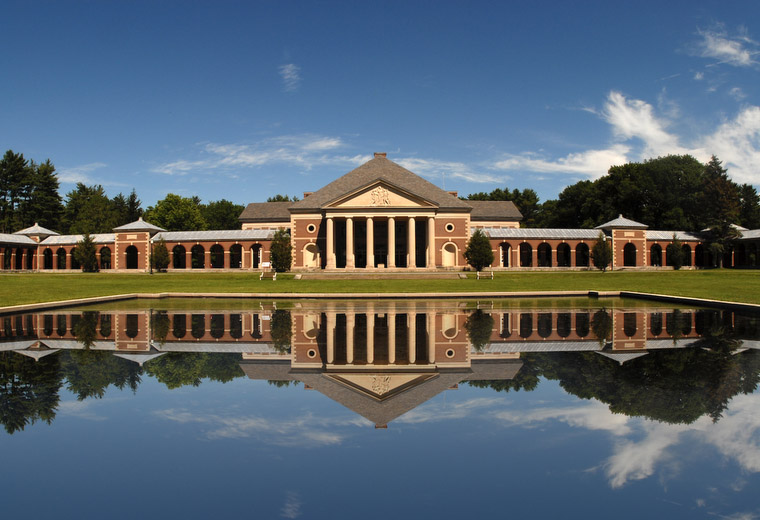 Victoria Pool at the park

The first known mention of Saratoga’s mineral springs and their restorative properties came from Native American tribes in the area. The first known use of the springs for their medicinal properties was during the French and Indian War, when a wounded soldier was taken there to recover from his injuries.

During the nineteenth century, the area became famous for the springs, which were believed to cure a variety of conditions.  Travelers came to Saratoga from around the United States as well as Europe to experience the health benefits of the springs. Some of the country’s earliest resorts were built in Saratoga Springs and by the late nineteenth century, it was one of the most popular tourist destinations in the country.

The popularity of Saratoga’s mineral springs continued into the twentieth century. In the late 1800s and early 1900s, businessmen bottled the water and sold it as curatives.  During the Great Depression, federal relief funds helped fund the construction of the Roosevelt and Lincoln bathhouses and a drink hall.

The advent of modern medicine put an end to the popularity of the springs as a curative. Today the springs are part of Saratoga Spa State Park, which includes several springs, the bathhouses, swimming pools, a geyser, and a performing arts center. The park is listed on the National Register of Historic Places.