With over 30 hands-on exhibits/programs, this museum hopes to educate visitors and change the perception of mathematics. The museum has been recognized with a host of awards for their programs and exhibits, including Best Museum for Kids by New York Magazine (2013), and the 2013 MUSE Award for Education and Outreach (bronze) from the American Alliance of Museums.

Entrance to the Museum. Credit: National Museum of Mathematics 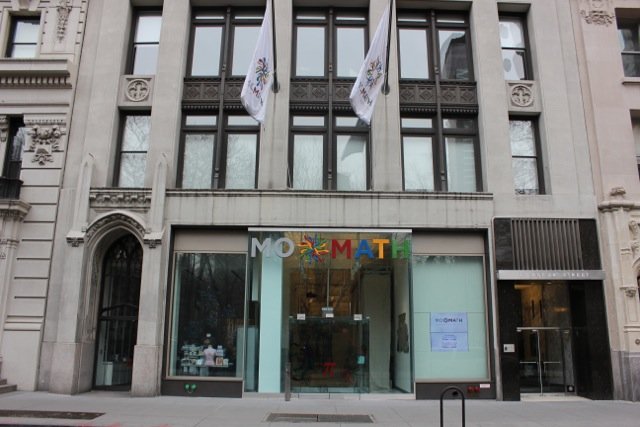 Math Square: controlled by the movement of your feet. Credit: National Museum of Mathematics 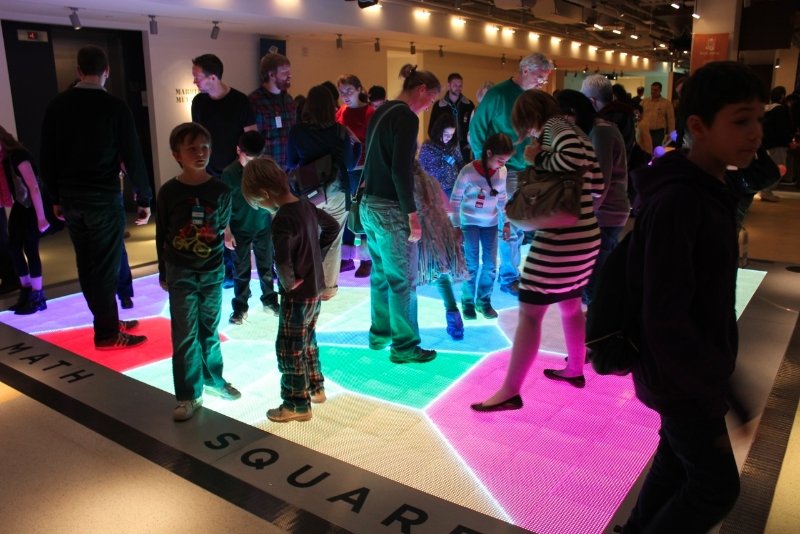 Harmony of the Spheres: create a harmonic soundscape using this interactive musical sculpture, which takes its shape from the symmetries of the 12-tone musical scale. Credit: Joshua Bright for the New York Times 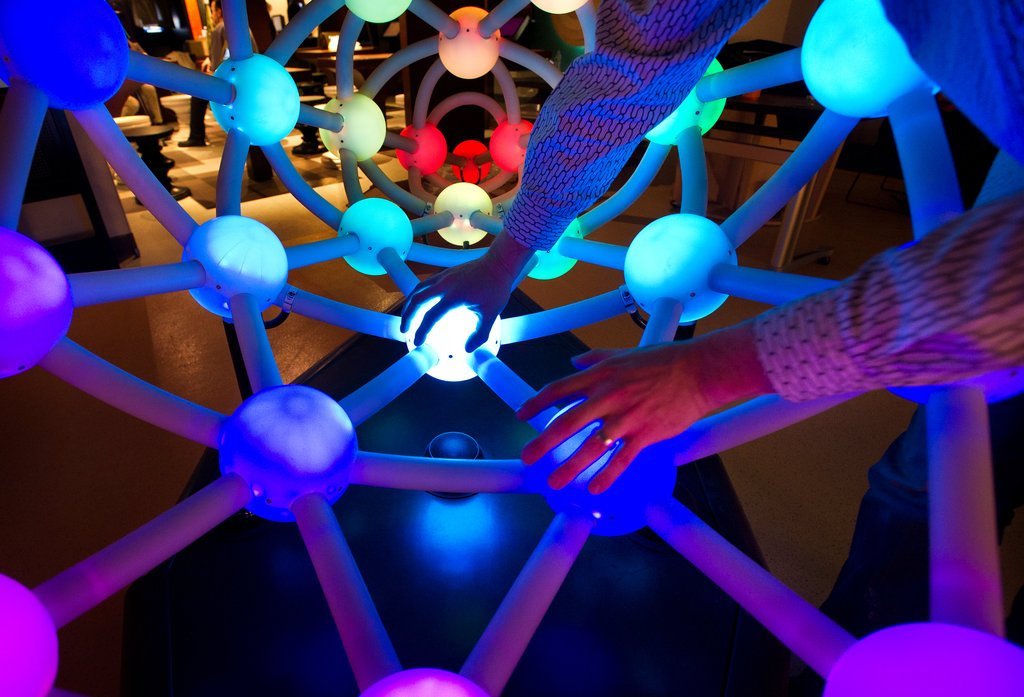 The National Museum of Mathematics was founded as a response to the closing of the Goudreau Museum, a small museum of mathematics on Long Island. A group of interested parties (the “Working Group”) met in August 2008 to explore the creation of a new museum of mathematics — one that would go well beyond the Goudreau in both its scope and methodology. The group quickly discovered that there was no museum of mathematics in the United States, and yet there was incredible demand for hands-on math programming. In response, the group led by founder Glen Whitney, met to explore the opening of a new museum. They received a charter from the New York State Department of Education in 2009, and raised over 22 million dollars in under four years, including 2 million from Google.

The National Museum of Mathematics (MoMath) highlights the role of mathematics in illuminating the patterns and structures all around us. Its dynamic exhibits, gallery, and programs are designed to stimulate inquiry, spark curiosity, and reveal the wonders of mathematics The Museum’s activities lead a broad and diverse audience 105 to 5 years old (and even younger) to understand the evolving, creative, human, and aesthetic nature of mathematics. Given its mission to change perceptions of mathematics, MoMath is especially valuable for 4th through 8th graders. The museum strives to enhance public understanding and perception of mathematics.

Accomplishments to date include opening Manhattan’s only hands-on science center, attracting hundreds of thousands of visitors and North America's only museum devoted to math and its many connections with nature, art, science, business, music, and everyday life; creating the popular Math Midway exhibition, which delighted over 750,000 visitors at museums throughout the United States; leading math tours in various U.S. cities; running dozens of Math Encounters and Family Fridays presentations; delivering many other programs for students, teachers, and the public to increase appreciation of mathematics; and creating the largest public outdoor demonstration of the Pythagorean Theorem ever while hosting over 125,000 visitors to date.

Composite, MoMath’s exciting temporary exhibition gallery, serves as the home to a diverse collection of shows and installations that highlight the breadth of human pursuits that mathematics can illuminate. Visiting Composite is free with admission to the Museum.

Open seven days a week 10 a.m. - 5 p.m., with the exception of closing early the first Wednesday of every month, at 2:30 p.m., and being closed on Thanksgiving Day.