This brick house was built by John Dunn in 1835. The two-story front porch and arched doorway with decorative glass make for an attractive entrance. Inside are the original oak and tiger maple floors and hand carved woodwork. It is a fine local example of Federal style architecture with Greek Revival elements. 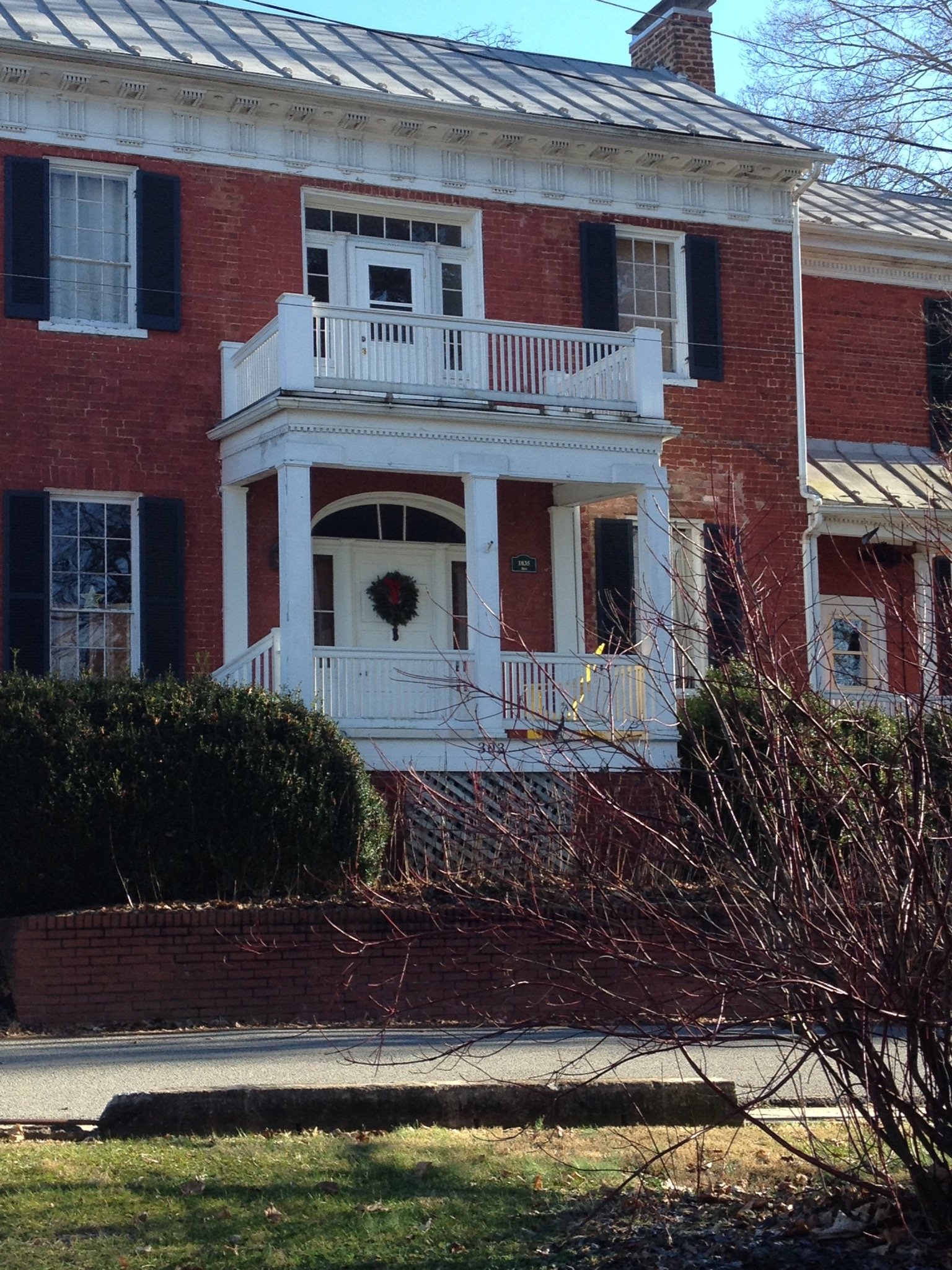 John North House in the 1930 as the Travelers Inn. 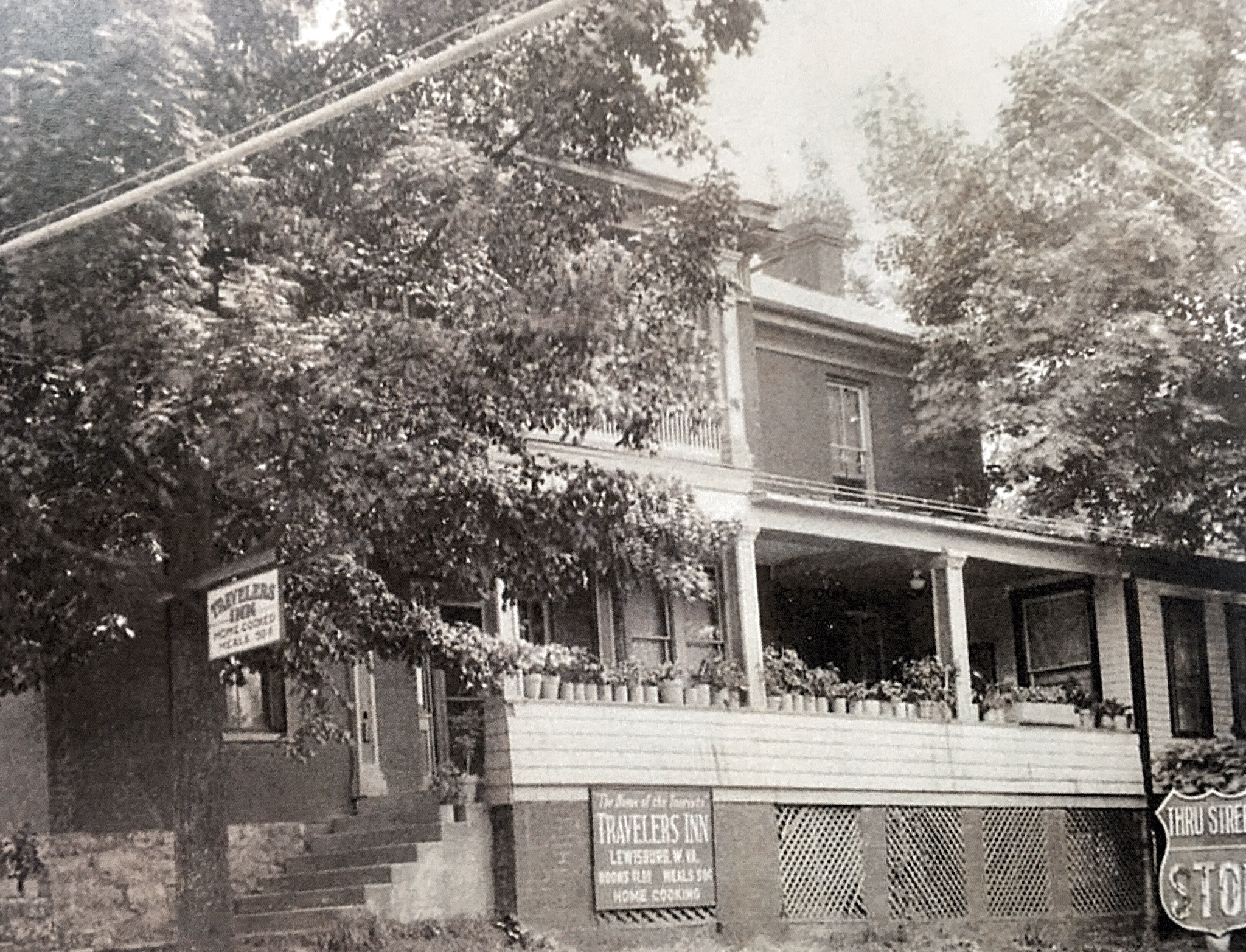 John Dunn, builder of the house, was a skilled mason who built many of Lewisburg's fine brick homes and the Greenbrier County Courthouse.

Inside, mantels in the living room, dining room, and den were carved by Conrad Burgess (1806-1850), a skilled Greenbrier County craftsman whose woodwork may be found in many of the area's fine homes.

John North (1794-1857) was the Clerk of the Court of Appeals for Virginia and Clerk of the Court of Chancery for Greenbrier County. He was a farmer, businessman, and owner of large land holdings. He served as a private in the War of !812. Charlotte (1806-1883), John's wife, was at the time of her death the longest attending member of the Old Stone Presbyterian Church where she and John are buried.

In the 1930s the house was owned by Hetty Landers, a widow. With her three children and two servants, she operated the Travelers Inn.