Along Route 9J south of Kinderhook is a historical marker identifying the spot where Henry Hudson landed on September 19, 1609. This was Hudson's third voyage, after two failed voyages to reach China via the Arctic. Hudson hoped to find the fabled Northwest Passage. He actually found the massive bay and river which would eventually bear his name. 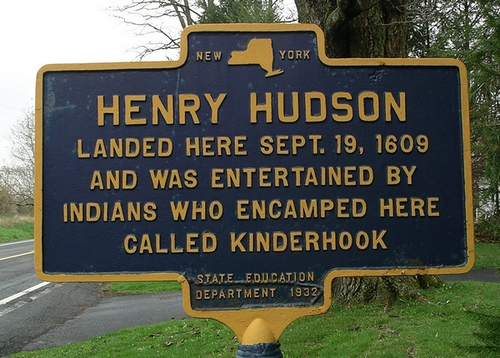 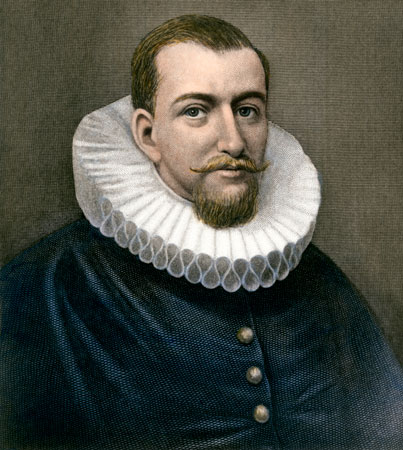 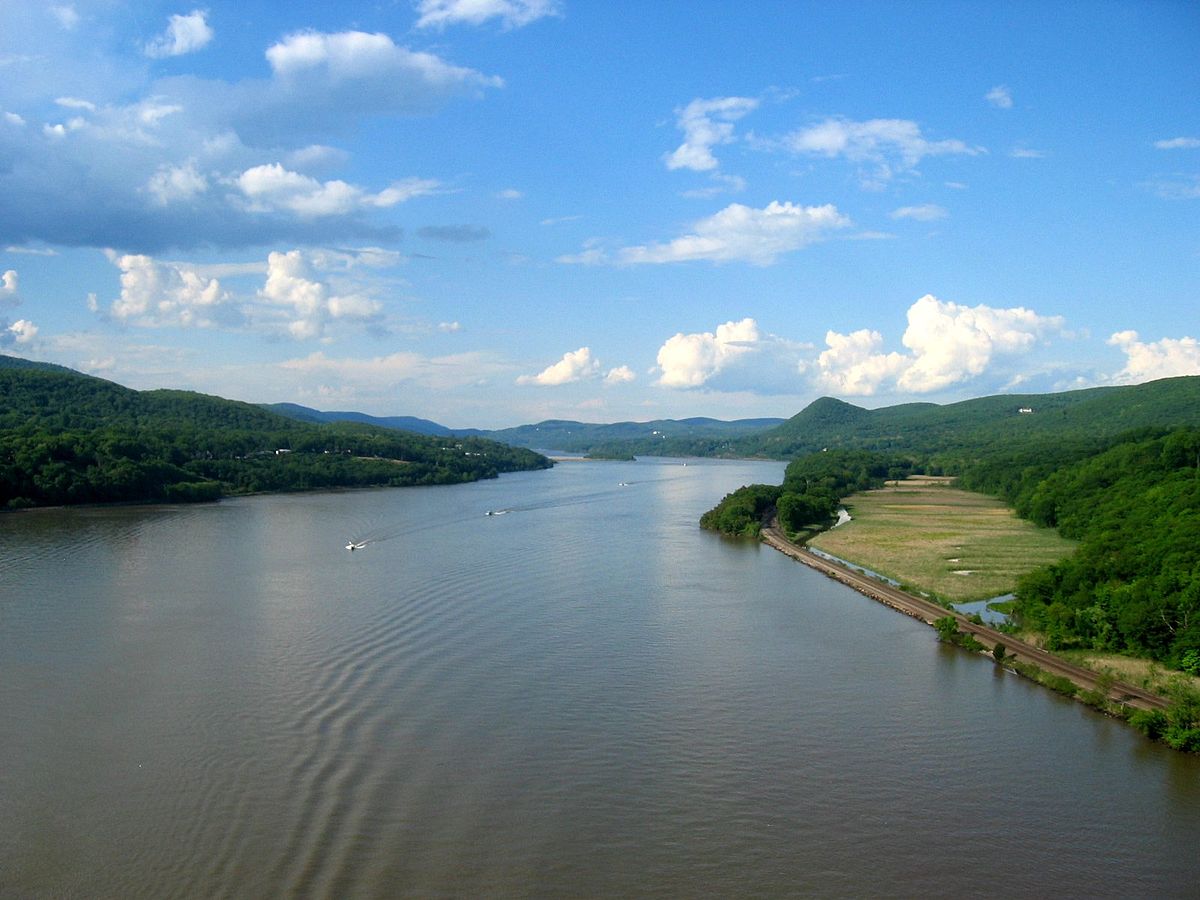 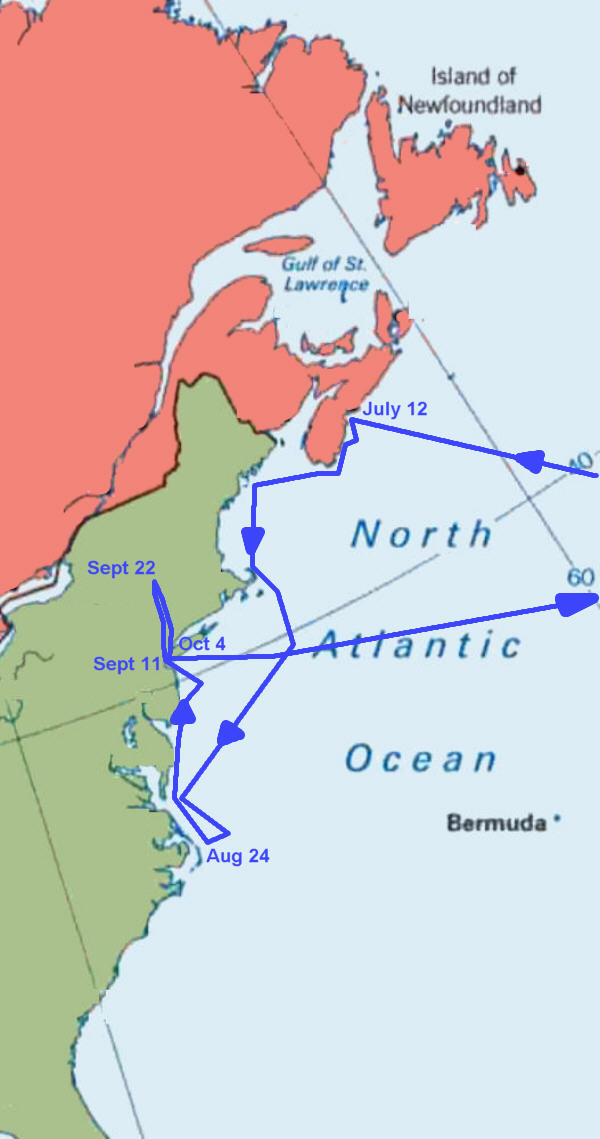 Henry Hudson left England in 1607 in search of a route to China through the Arctic. At the time, it was believed that three months of constant sunlight during the summer would cause the Arctic ice to melt, opening up a waterway to Asia. Hudson and his crew sailed along the coast of Greenland and eventually found that the ice had not melted enough to continue the voyage. They returned to England without finding the passage to Asia.

After his failed expedition, Hudson could no longer find financial backing in England for another voyage. Instead he turned to the Dutch, who were rivals of the English and who also wanted to find a passage to Asia. He set out in 1609 and again attempted to sail through the extreme north, but faced with a possible mutiny, he turned his ship south and sailed along the coast of North America.

On or about September 19, 1609, Hudson landed near what is now Stuyvesant, New York. The historical marker states that Hudson was "entertained by Indians who encamped here called Kinderhook." Records of the voyage paint a picture of relations between the crew and Native Americans that was less than harmonious,however, and describe numerous instances of the crew's poor treatment of Native Americans.

Again, Hudson failed to find a Northwest Passage. He sailed part of the way up the river that would eventually bear his name (perhaps as far north as Albany) before determining that the river was too shallow to continue. The most significant long-term result of the third voyage was the discovery of what would become New York State, Hudson Bay, and the Hudson River.

On a subsequent voyage in 1610-1611 that again took Hudson to Hudson Bay, his men mutineed. They forced Hudson, his son, and the crew members who were loyal to Hudson (most of whom were in poor health) into a small boat in Hudson Bay, effectively stranding them there. Hudson was never seen again, and his fate is unknown.