Named after Professor George E. Morrow, the Morrow Plots date back to 1876 when they were created by Professor Manly Miles as an experimental field at the University of Illinois at Urbana-Champaign (UIUC). Morrow expanded the plots in 1879. This site is the earliest known experimental agricultural field in the United States and the second-oldest in the world (second only to Rothamsted Field, England, est. 1843). It also boasts the oldest known continuously-cultivated corn plot in the world. The Morrow Plots are located on the UIUC campus, where they are an integral part of the College of Agricultural, Consumer, and Environmental Sciences. The Morrow Plots became a National Historic Landmark in 1968.

View of the Morrow Plots. 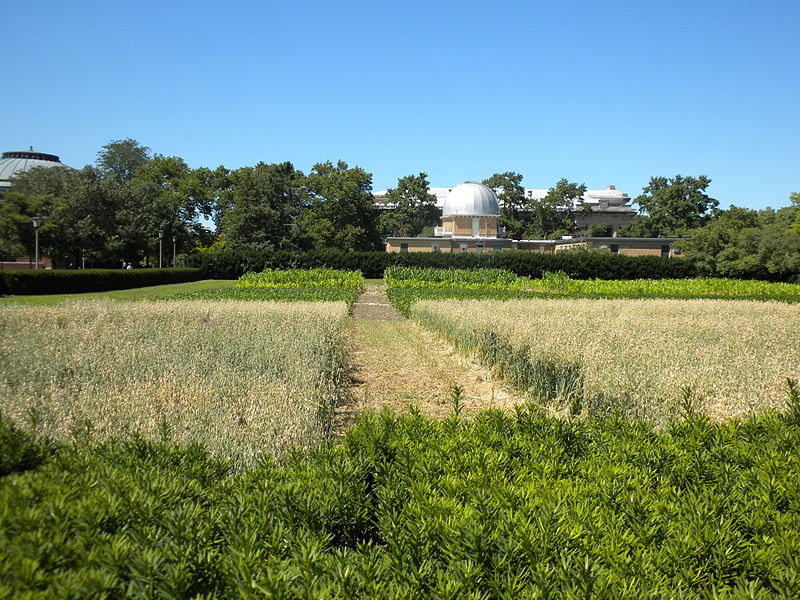 Though the site dates to 1876, the earliest available data on the plots comes from the 1888-1889 season. As the University expanded in the 20th century, the Morrow Plots shrank in size; land that once belonged to the plots is now occupied by the Observatory and Mumford Hall. Today, the Morrow Plots comprise three smaller plots, still used today and managed by the College of Agricultural, Consumer, and Environmental Sciences.